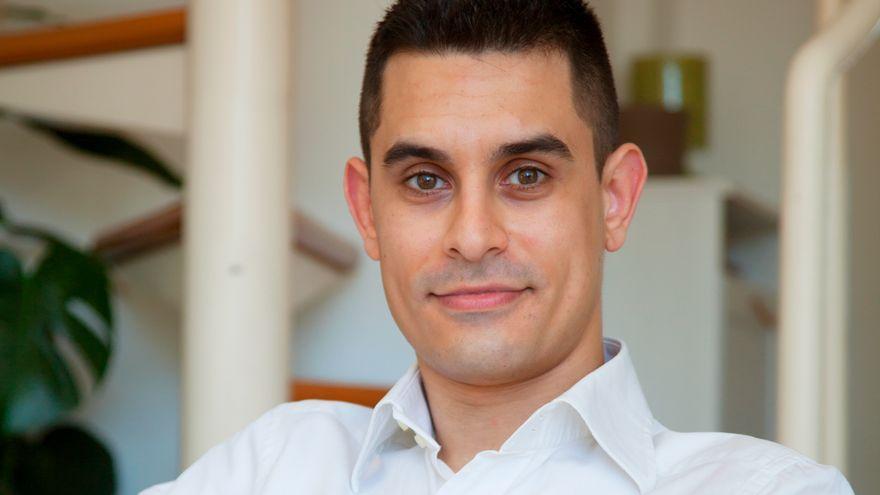 Freedom of expression and creation and its always controversial limits are once again the subject of debate in a courtroom. The Provincial Court of Madrid welcomes this Monday the trial against comedian David Suárez for the tweet he wrote in April 2019 joking about people with Down syndrome. “The other day they gave me the best blowjob of my life. The secret was that the girl used a lot of slime. Some advantage had to have Down syndrome”, was the comment he published on his Twitter account, in which he was around of 70,000 followers, and that in his day cost him the dismissal of the radio program in which he worked and the cancellation of various shows. The comedian faces a request for one year and ten months in jail from the Prosecutor’s Office, which considers the message to be “humiliating and humiliating.”

The trial is the latest episode in a journey that began in May 2019, when the Plena Inclusión Madrid association took the comment to court for a crime against dignity (article 510.2 of the Penal Code). The complaint fell to the Court of Instruction 30 of Madrid, whose owner, Jorge Israel Bartolomé, filed it four months later when he understood that, although the message was “unfortunate, rude, uncouth, disgusting and without any grace”, it could not be considered criminal .

In the magistrate’s opinion, there was no evidence that the tweet – which said that it could “hurt sensitivities” and “provoke reactions”, such as the dismissal of the author – had spilled “from animosity to the group” and neither that Suárez It will dedicate itself to “repeatedly spreading derogatory messages towards said people.” “The investigated tried to make humor, without weighing the consequences that such an unfortunate phrase could bring him, and that it, far from obtaining recognition and a smile, would cause great rejection and rejection,” he maintains in his resolution.

The Office of the Prosecutor, which at first considered the file to be appropriate, later joined the association’s appeal, personified as a private accusation. And in addition to the aforementioned prison sentence, he claims for the accused a fine of 3,000 euros, five years of disqualification from the exercise of an educational profession or trade in the field of teaching, sports or free time and the disqualification for the exercise of his profession in social media during the time of the sentence. The judge himself showed in one of his writings his surprise at the “change of opinion” of the Public Ministry.

Finally, the Provincial Court of Madrid ordered in April 2020 to revoke the dismissal of the case considering that it could not be protected by freedom of expression what was “an attack on the dignity of an entire group, through an act of humiliation and direct contempt “. “The expression of an idea is not punished, the expression is punished when it is done in such a way that it involves a call to discrimination” and when “other constitutional values ​​such as human dignity are infringed,” says the resolution of the section second.

In his defense brief, Suárez denies that there are acts that constitute a crime. “It is not possible to speak of authorship or modifying circumstances or punishment or civil liability derived from a crime that has not been committed,” he says. The association that took the tweet to court, however, affirms that its words are “manifestly undermining the dignity of a vulnerable group” and that it was a message of “harassment and harassment of these people.” Like the Prosecutor’s Office, it requests a year and ten months in prison for the comedian and raises the request for a fine to 6,000 euros.

Suárez says he faces the view with a “clear conscience”, although he acknowledges that the journey here has been “exhausting” as he carried on his back for almost three years “something as absurd” as a criminal proceeding for a joke. He claims that this situation has had labor consequences for him. The complaint cost him in his day the dismissal of the radio program in which he worked and the cancellation of various shows. And it ensures that access to the large platforms is prohibited, in which, it maintains, brands do not want to expose themselves to having a collaborator on the payroll who could generate a problem for them. Yes, he is on international platforms such as Twitch, Patreon or YouTube and he also continues bowling. “Fortunately, only one in ten is canceled,” he says.

The comedian is very critical of the position of the Public Ministry, which turned during the process: he went from requesting the file to requesting a prison sentence. “We must consider as a society if it really makes sense for the Prosecutor’s Office to take care of deciding what things we citizens can laugh about or not. I am not against prosecuting hate crimes, but in this case it is a joke and there is no debate, “says the comedian. In his indictment, the Prosecutor’s Office considers that his message shows an “evident contempt for the group of people with Down syndrome.”

“My tweet does not attack a group, but talks about it. In fact, I am especially sensitive to people with Down syndrome, because I have a relative with this condition. 95% of black humor does not take a person from the street and tries to humiliate her with an evil intention, but takes elements of the collective imagination, without harassing any specific person, and allows attacking essential elements of who we are as a society without ruining anyone’s life. I not only think that this should be allowed, rather it is essential for a democracy “, confronts the humorist, who places in the bullying against specific people the limits of black humor. “It is the insults to a specific and anonymous person that have to disgust us, because there is something in that that is closer to evil than to an intention to make anyone laugh,” he adds.

Suárez admits that the people who make up the group he alluded to in his tweet “have every right in the world to be offended”, although he insists that “feelings are not above freedom of expression and creativity.” “I feel obliged to apologize if someone has been offended by the joke, but I will not ask for them for the exercise of my work. I will continue doing what I do because I think it is necessary. To see that my work does not generate laughter and only brings pain and suffering, maybe I should stop. But I know that it is not like that, “he says.

The order of the Provincial Court, of which the judge María Ángeles Montalvá was the speaker, also alluded to other comments by the comedian about people with physical and intellectual disabilities that, in his opinion, prove that it was not a “single impulse”. In the judgment of the magistrates, it is “unworthy” to make jokes about people who “unfortunately suffer that situation.” And they even put the accent on the fact that the comment was made on Twitter, where the content is easily “viralized”.

In that order, the judges also allude to the “risk” that, if they do not act against these behaviors, society assumes that “in social networks anything goes, there are no limits, the law of hatred prevails and impunity practically reigns.” That is why the comedian feels himself the victim of a kind of “exemplary” punishment. “The intention for the future is that no one dares to make jokes about these issues. The great ridicule is that nothing can be held in my face other than having written a series of words. It is absurd that this is pursued in any country in 2021 “, sentence.