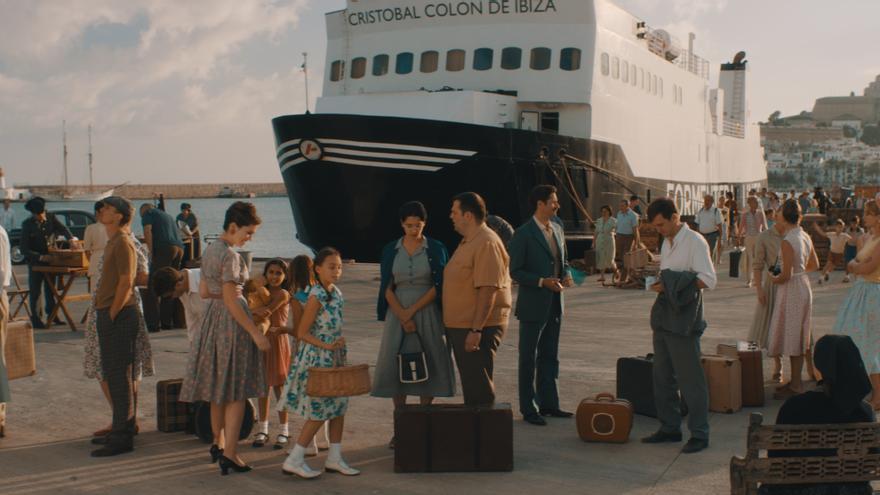 “It seems to me the bomb that we are four women. They are non-competing partners,” says Nerea Torrijos, something the other three nominees agree on.

Nerea Torrijos has created the costumes for Pablo Agüero’s “Akelarre”, a story inspired by a judicial process that took place in 1609, which the French inquisitor Pierre de Lancre transferred to a book.

The film tells the story of Ana, a young woman accused of witchcraft, who has allowed Nerea Torrijos to “transfer colors and references,” according to Efe, to a wardrobe that, despite what can be imagined about the time, is not Dark. “Even if it was a gloomy time in other respects.”

Garments that are divided into two blocks: the poor to whom the young women belong, with garments made with natural fabrics, canvas, linen, cotton, “all rustic, with a lot of movement, nothing corseted”, and where the main dress of the protagonist is sneaked in intense yellow, and, on the other hand, the group of nobles who wear silk, brocade and satin garments.

Pilar Palomero’s debut feature, “Las chicas”, takes us back to 1992, to the Seville Expo and the Olympics, where the transition from a girl to adolescence is told.

“Who does not remember 92?”, Recalls Arantxa Ezquerro, who emphasizes that today there is “a remix in the trends of that time: with scrunchies, high-waisted pants or wide buckle belts”, accessories that mark the social class difference, such as pearl earrings or jackets.

A bright wardrobe with colors and prints, garments in which shoulder pads are not lacking, where social class is reflected in the adult wardrobe, for example, in the pants of the protagonist’s mother, a working woman, which contrasts with the image of better-off housewives, of their friends’ mothers.

Although it takes place in a Spain “where censorship reigns,” Raffaella Carrá’s music is full of color and “joie de vivre” down to the smallest costume detail, Cristina Rodríguez explained.

A comedy by Nacho Álvarez (Uruguay, 1986) in which a young woman leaves her boyfriend at the altar to fulfill her dream of being a dancer.

The aesthetics of the 70s sneaks into fresh and colorful garments, bright yellow, intense red, menthol green …, both in the daily image of the protagonists and in the garments they used on television, where brightness is essential.

The biggest challenge for Rodríguez has been that “street clothes were flexible”, so that choreographies, contemporary designs could be carried out, “linked to the 70s, which are not far from current aesthetics”.

Víctor García León’s film highlights the boom in European tourism in Spain, which reflects the cultural shock that occurs in a country that is currently experiencing a dictatorship.

A job in which foreigners’ garments have “more color and joy, a way of differentiating them from the Spanish,” Mossum explains. In Ibiza -where the story unfolds- you can see an island full of contrasts in the wardrobe, with peasants, young people in shorts, low-cut T-shirts and bikinis “at a time when you were fined for not dressing properly.

A wardrobe linked to the 50s, in which color prevails, with strong yellows and reds for foreigners and ocher for Spaniards, where the patterns created by Mossum herself are not lacking.

“We have taken care of all the details and we have given the importance of the underwear of the time, which greatly affects the female silhouette,” says Mossum.

On Saturday night it will be known which of them will win the award.