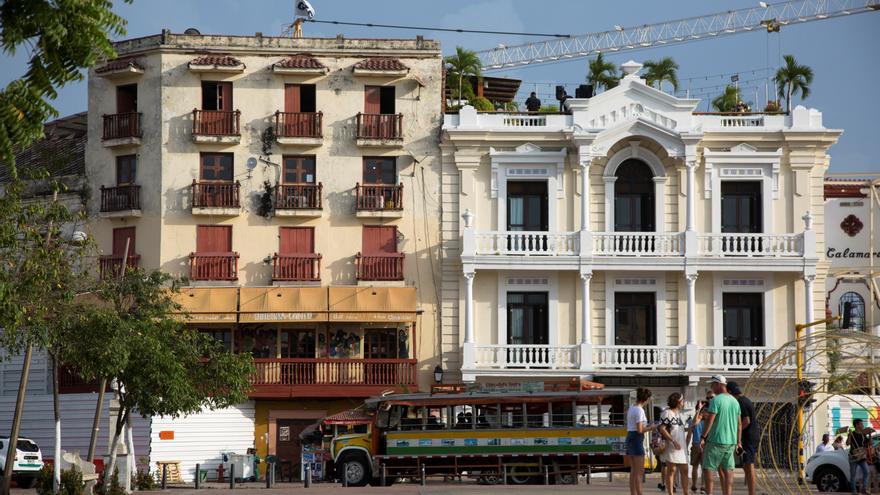 Bogotá, Dec 30 (EFE) .- Colombia’s tourism industry is recovering “at a good pace” from the crisis caused by the covid-19 pandemic, driven by a government economic reactivation plan, official sources reported this Wednesday.

The government agency ProColombia said in a statement that among the factors that support the recovery are the return and improvement of connectivity, the accompaniment of entrepreneurs in the sector, the promotion of inter-institutional alliances and the targeting of the international promotion of the country.

Faced with the situation that unleashed the pandemic, the government agency that promotes exports, international tourism and foreign investment launched a plan to recover air routes and cruise lines that were suspended since March.

Likewise, new routes were opened, such as the routes from Fort Lauderdale (USA) to Bucaramanga and Barranquilla operated by Spirit airline.

Also, according to ForwardKeys analysis and ProColombia calculations, there are more than 145,000 reservations registered to the country between December 2020 and May 2021.

The agency transformed its “Export Training Program in Tourism” and carried out an unprecedented virtual edition with which it reached more than 21,400 people from 31 of the 32 departments of the country.

“In total, 127 video capsules were launched with specialized orientation in strategies that seek to respond quickly to the new demands of the international market,” the information added.

Also this year, “promotional and marketing spaces were held that produced excellent results”, such as the business macro-round of the Pacific Alliance.

This year the country received different awards for its work in the sector, such as the World Travel Awards, which chose Colombia as the winner in nine categories.

Likewise, the country was highlighted in the Webby People’s Voice Award; the Global Big Day, the global bird counting competition that for the second time this year crowned the country as champion in the matter; or by the Trip Advisor platform, which included Cartagena de Indias among the 25 best fashion destinations in the world.

To boost tourism, the eighth edition of Colombia Nature Travel Mart was also held, which brought together 94 Colombian businessmen from 20 departments and 65 international businessmen from 16 countries, who registered business expectations of $ 5.4 million.

Likewise, the “Illustrated Manual for Nature Tourism Guides in Colombia” was launched, which collects information on the country’s natural heritage.