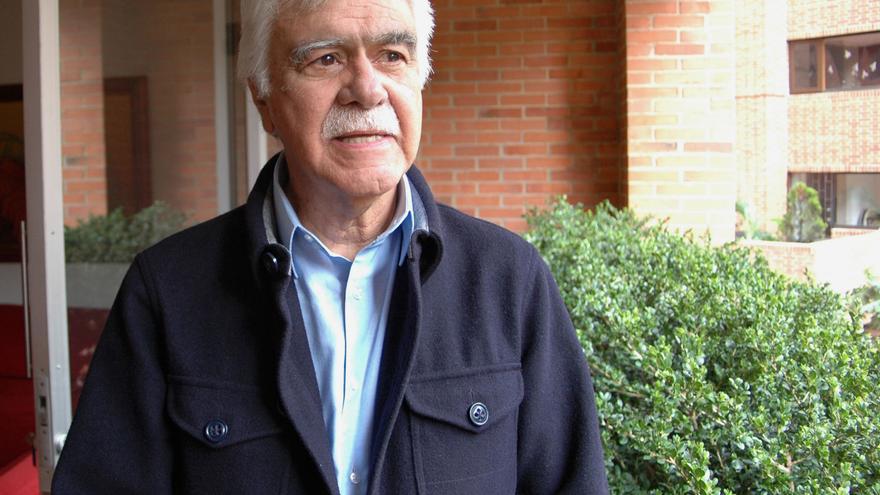 Bogotá, Jul 15 (EFE) .- The Colombian writer and chronicler Germán Castro Caycedo, who in 2015 received the Prize for the Life and Work of a Journalist from the Simón Bolívar National Journalism Award, died this Thursday at 81 years of age in Bogotá, his relatives confirmed to local media.

“This is a sad day for Colombia for the death of Germán Castro Caycedo, that great democrat and great chronicler of Colombia that he loved so much,” wrote left-wing senator Jorge Robledo, of the Dignity movement, on Twitter.

Robledo invited to “reread and read his works, keys to better understand the diversity and wealth and of the Colombian nation.”

A LIFE DEDICATED TO JOURNALISM

Caycedo was born on March 3, 1940 in Zipaquirá, a municipality near Bogotá, and is remembered for his work as a chronicler for more than 10 years in the newspaper El Tiempo and as a writer of books such as “El Karina”, which was translated into nine Languages.

That book, with which he also received the Rodolfo Walsh award for the best non-fiction work published in 1999 in Spain, tells the story of a ship that transported weapons for the M-19 guerrillas and that was sunk by the Colombian Navy in the Pacific Ocean on November 14, 1981.

Precisely at the Bogotá International Book Fair (FILBo), which will take place from August 6 to 22 virtually with Sweden as the guest of honor, the forty years of “El Karina” will be celebrated.

He was also the creator and director, for more than two decades, of the television program “Special Envoy”, in which he presented investigations and complaints as a result of his journalistic work.

Castro Caycedo also won the 1997 Prix Futura in Germany; in 1998 the Mergenthaler-América Latina, and in 2005 the Planeta journalism award for his work “Que la muerte espere”.

His publications also include the books “My soul left it to the devil”, which was translated into ten languages, and “Lost in the Amazon”, as well as “With hands up”, a work in which he delves into episodes and experiences of the protagonists of the Colombian armed conflict.

The last of the 23 books he published was “Huellas”, in 2019, a compilation of chronicles written throughout his life, some of them unpublished, and which mainly portray what Colombia is.