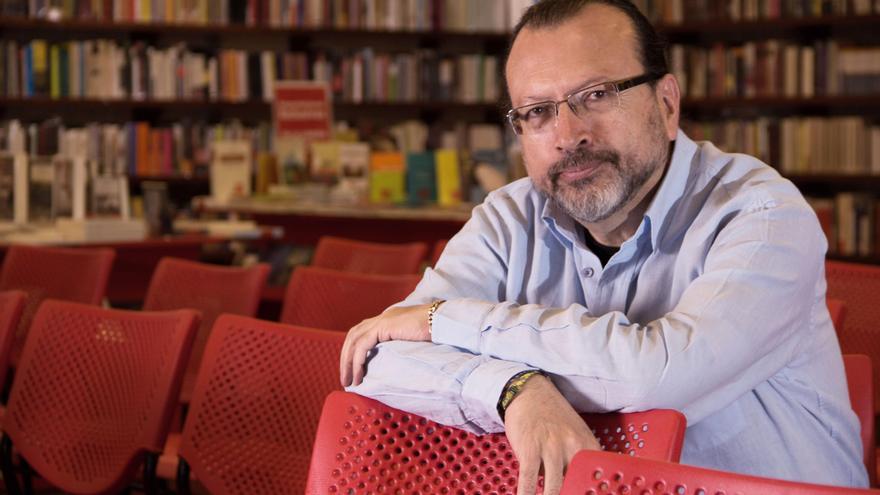 Bogotá, Jun 23 (EFE) .- Social discontent in Colombia makes necessary a "youth project" that not only allows solving the current situation but also "solving the future of a considerable sector of the population", warns the writer William Ospina in an interview with Efe.

"A youth project would be essential in Colombia not only to acclimatize the coexistence of all but to resolve the future of a considerable sector of the population," says Ospina, born in Herveo, in the department of Tolima, in 1954.

The writer presents "Essays" (Penguin Random House), a compilation of the texts he has written in the last 30 years on poetry and current issues about his country that today regain validity in the face of the crisis that broke out on April 28 with the protests against the social and economic policy of President Iván Duque.

"What I see is the awakening of a public disagreement that has been brewing because Colombia has postponed essential reforms for coexistence for a long time," he says.

Ospina, winner of the 2009 Rómulo Gallegos Award with "The Country of Cinnamon", believes that the violence in Colombia is due to the situation experienced by thousands of young people who are "abandoned on the borders of danger, helplessness, and no education , without income and without opportunities. "

"They are the sector from which all armed actors feed: guerrillas, paramilitaries, crime, drug trafficking, the Army itself is born from that sector of society," he says.

In Colombia there are eleven million young people between 14 and 26 years of age who represent 21.8% of the country's population, according to the National Administrative Department of Statistics (DANE).

Precisely that age group is one of the hardest hit from the social point of view by the covid-19 pandemic because they have seen an increase in poverty in their homes, unemployment, the loss of educational opportunities and even the freedom to go out and have fun , enough arguments to go to protest.

In this sense, the writer and essayist criticizes the Government because he believes that it is an expert "in never talking to the people, never listening to the clamor of the citizens, letting problems grow, become entrenched and even become evil."

"What this government is doing is exactly the same as what all previous governments have done, which always end up dialoguing with kidnappers, murderers, after years of war for not having dialogued in time with the people when they demanded solutions," he warns.

Ospina also regrets that the history of Colombia is always "eternal repetition", since the country "from time to time relives a war, declared or not; it relives a savage confrontation between irreconcilable positions."

In that sense, he referred to the peace agreement between the government and the FARC guerrillas, which he considers that "it was not an illusion but it was a very imperfect process because it left many things out."

"It is a tradition of Colombian leaders every 10 or 15 years to carry out a peace process, to incorporate armed rebels into legality, almost always leaving them without a function to fulfill, rather leaving them helpless in the streets and unloading a good part on them of responsibility for what happened, "he says.

It also explains that "the inability of the establishment to critically assume its own responsibility in the acts" of violence, what it does is to perpetuate "an economic model that neither consults the territory nor the needs of the people, which only responds to the concerns already the problems of a sector ".

"We build an economy basically for imports and exports, but never for production and never to satisfy the needs of the community (...) citizens require a productive economic model that allows them access to all those resources," says Ospina .

That is why he considers that we are living in a "complex time" because the ills of Colombia "are the ills that the world suffers" because young people feel that their future is being taken away from them because the "model of civilization in which we are enrolled does not resolve the problems. problems of the world. "