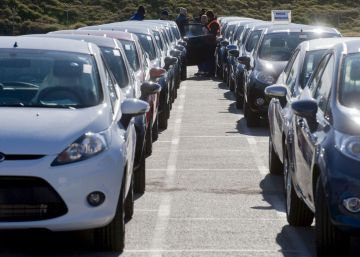 The National Court has issued the first sentences related to the cartel of car manufacturers. The National Commission of Markets and Competition (CNMC) imposed in July 2015 the greatest fine in its history, of 171 million euros, to 23 car manufacturers and distributors of different brands and two consulting companies.

Competition considered in its proven day a single and continuous infraction that consisted of the systematic exchange of commercially sensitive confidential information, which covered almost all the activities carried out by the companies sanctioned through its distribution and after-sales network, such as the sale of vehicles new and used, the provision of workshop services, repair, maintenance and sale of official spare parts.

As reported by sources familiar with the case to Five days, the National Court has now issued the first nine sentences related to the cartel: eight dismiss the contentious-administrative appeal filed by the manufacturers and only one of them considers it. The most common in these types of cases is that, when jurisprudence is created, all cascades are dismissed. However, companies can still file an appeal to the Supreme Court.

The Justice alleges that, regardless of the fact that information exchange behavior is not understandable if it is not under the prism of trying to standardize commercial conditions and eliminate uncertainty to restrict, distort or eliminate competition, the truth is that the behaviors sanctioned were able to distort free competition. For its part, the National Court has annulled the fine of 656,390 euros to Mazda Automobiles Spain.

“The CNMC's own recognition, to which it is appropriate to assess the existence of the offending conduct and its severity, that the percentage or share of the recurring entity's participation in said conduct has been 0.0%, forces us to conclude that Mazda Spain had no responsibility for the infraction and therefore cannot be sanctioned, ”states the sentence, to which this newspaper had access.

Volkswagen Audi España's confession of the dealership cartel, fined 41.1 million euros in June 2015, was what made it possible to discover this second cartel among manufacturers. As a result of the Clemency Program and by providing evidence on their participation, Seat, Volkswagen Audi Spain and Porsche Iberian were exempted from a fine.

The sources consulted by Five days They explain that companies were changing their information exchange strategy, “increasingly sophisticated”, to prevent their illegal conduct from being detected. They allegedly did not exchange the price of the cars sold by their dealers, but instead shared information about the elements that helped set the price of the vehicles in the future.
In addition, they ensure that with the arrival of the economic crisis and the consequent decline in car sales in 2009, the cartel was extended to vehicle maintenance, with pricing in workshops and spare parts. They also affirm that there were two companies that were responsible for monitoring that none of the members of the cartel breached the agreements.