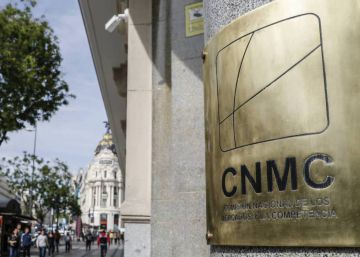 The CNMC, whose board of directors was renewed last June, in the energy field is facing the end of the processing of a good number of regulations, among them, the most controversial circulars that have still been raging since last year. Also to opinions of the normative package launched by the Ministry for Ecological Transition to complete the changes derived from the circulars of the commission itself, a body to which it had to cede in January 2019 (in some cases, share) the regulation of networks energetic.

The hardest to peel have been the regulatory proposals on access and connection to electricity grids, key for the future development of renewable energies and with which it is intended to avoid speculation generated around hookups, without which green projects have no path. After a struggle of more than a year, with appeals before the Council of State, which finally clarified the competences that correspond to the ministry and those that belong to the CNMC, the body has prepared a report on the royal decree of access and connection that

At this point, the body chaired by Cani Fernández has had to release ballast and change from top to bottom the first text of last year, in which, according to the State Council, it invaded the Ecological Transition powers. After a tough fight between the two institutions for competencies they share, although the bulk corresponds to the ministry, this drew up a proposal for a royal decree that sets the expiration date of the avalanche of down payment requests accumulated in recent years (up to 430,000 MW when the system Spanish only has a capacity of 105,000 MW, which shows its speculative nature, according to the Government); types of permits and milestones investors must meet.

Throughout this month, the CNMC must also report on the royal decree on the methodology of charges for electricity tolls prepared by the ministry. A great novelty with important consequences for consumers since the so-called tolls that they pay on the electricity bill will be clearly differentiated by community imperative in two terms: that of the proper use of electricity lines (regulated assets whose calculation of remuneration and the annual review corresponds to the CNMC) and the charges, which are costs outside the operation of the system, which must be calculated and determined by the ministry.

Once the charging methodology is approved, the tolls of the electricity bill for 2021 can be reviewed

The delay in developing a methodology that should have been ready last year has led to the 2019 tolls having to be extended this year for the first time. This despite the fact that the CNMC had approved its corresponding circular on the methodology of access tolls. This report is perhaps the most controversial of those that the body is up to.

The conflicting point refers to the decompensation between the fixed part of the charges (25% in the case of domestic consumers) and another variable (75%) that will be paid based on the energy consumed. This frees the self-consumer (who produces his own) from the bulk of system costs that exceed 10,000 million euros: about 7,000 million euros of incentives for renewables, cogeneration and waste, of which 5,000 million correspond to the former ; more than 2,740 million euros for the payment of the debt (data from 2019), and 50% of the subsidies of non-peninsular systems, which amount to about 730 million. For consumers with more than 15 kW of contracted power, the variable will be 60% and the fixed one, 40%.

Whatever the result, once the charging methodology comes into force, and given that the tolls methodology has already been in force since the end of last year, the CNMC will be able to approve the tolls that will be applied to consumers as of January and the ministry, the charges. From this, the rates for both terms that consumers will have to pay next year will be derived. Of course, previously the parties, commission and ministry, will report on the respective proposals. The same will happen with gas tolls. In this case, on October 1, the proposed resolution of the values ​​or prices of gas tolls will be approved.

Another of the pending issues is the report by the commission of the royal decree on renewable energies, which will allow the first renewable energy auction to be held this year (as promised by the Government). The royal decree that regulates the new economic regime for renewable energy producers that are awarded capacity in upcoming auctions: 30,000 MW in the next decade to achieve decarbonization objectives,

The proposal has been highly contested by the sector, especially the marketers, both the independent and the traditional ones of the old Unesa, and consumers (especially industrial), who qualify it as a return to regulated prices, “at least, to a part of the energy of the system ”.

Thus, in its allegations to the RD, the employer’s association of large electricity companies, Aelec, considers it a “nonsense”. In addition to regulating the mechanism (the product to be auctioned will be the power, the energy produced or a combination of both; the variable will be the price in euros / MWh and will be done by means of a closed envelope), the royal decree revolutionizes the way in which the renewable will collect the subsidies derived from the new economic regime.

And it is that the price that will be guaranteed in the auction (25 euros / MWh, according to all calculations) if they do not obtain it in the market, the successful bidders will receive it not from the tolls or charges of the users’ bill, but from the cost of the energy of said bill.