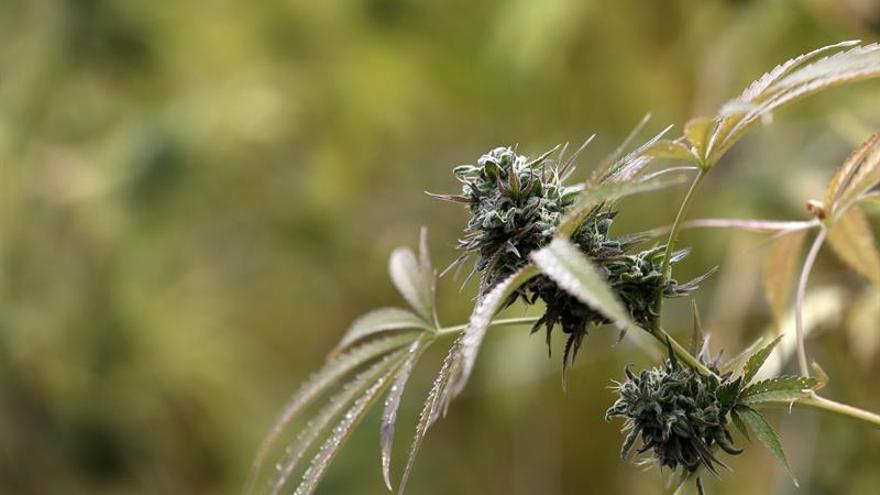 The countdown begins. Congress has a period of six months from this Thursday to agree and approve a report that, if everything goes as planned, will end up becoming a regulation of the use of cannabis for therapeutic purposes.

Four months and four days after it was approved – things in the palace are going slowly – this Thursday the Subcommittee was constituted in the Lower House to analyze experiences of regulation of cannabis for medicinal use proposed by the PNV. This subcommission, a reduced version of the Congressional Health Commission, “will analyze the experiences promoted by different governments that have programs for the medical use of cannabis and will listen to as many agents and experts as deemed appropriate,” according to the statement. proposal made at the time by the Basque nationalists.

The ultimate objective of the subcommittee is to produce “an international comparative report on the existing scientific evidence, weaknesses, threats, strengths, opportunities and results of the experiences analyzed (…). Said report will be sent to the Government to be used in the regulation of cannabis as a medical use in the Spanish state (…), thus endowing the patients of the State with the same rights and guarantees that thousands of patients already enjoy in other neighboring countries “.

Cannabis has several medical uses proven by scientific research. “We know that cannabinoids work very well to treat certain symptoms, for example pain, and specifically pain conditions that do not respond to conventional treatments. They work as antiemetics, as antiepileptics, in gastrointestinal pathologies as powerful anti-inflammatories. These are the pathologies that are contrasted clinically. Apart from that, in the preclinical phase (even animal models) we know that it can have other very interesting applications, such as oncology “, explained in an interview with this newspaper the researcher from the Complutense University of Madrid Cristina Sánchez. Also other perhaps less specific issues, but that “help the patient’s quality of life by attacking pain, anxiety, improving sleep and in some cases, such as epilepsy, reducing seizures.” They do not always work for everyone, Sánchez clarifies, but the cost of trying them is limited to the little money that the treatment costs [un gramo de marihuana cuesta en el mercado negro unos 7 euros, según la variedad].

The prospects for this subcommittee are positive, if it is understood as positive that the end result is a regulation of therapeutic cannabis. Medicinal legalization has long had the support of the majority of the small parties in Congress and United We Can; counting on the initial “no” of PP and Vox, only the negative PSOE so far stood in the way of a regulation. Socialists understood that there was insufficient scientific evidence to support the use of cannabis despite the many programs in various countries, as varied as France, Israel, the US, Canada, Uruguay, Germany or Italy. But the UN changed its mind last year, removed cannabis from its list of most controlled and dangerous drugs sixty years later and the party has changed its mind, included the issue in its 39th Congress and also appears in the presentation of the 40th Congress, which is being held this weekend in Valencia.

“We will promote the approval of a legal framework for the use of medicinal cannabis in Spain through the SNS [Sistema Nacional de Salud] and with a medical prescription. Recently, international organizations have endorsed the medicinal and therapeutic uses of cannabis by lowering its classification within narcotics. Scientific evidence has taken steps forward, with a positive assessment of possible beneficial uses in some chronic diseases. In turn, various EU countries have approved the medicinal and therapeutic use of cannabis. We socialists will value the different frameworks established in Portugal, France and Germany, among other countries, to implement the use of medicinal cannabis in our country “, read at point 1.077.

The idea of ​​the subcommittee is to approve the report unanimously, but sources of the same take for granted the refusal of Vox. With the PP, installed in principle in the negative, there is room for doubt, however. “There is a lot of time left,” a deputy opens the door. In any case, if it is not unanimously, it will be by majority and the report will be raised to the Government so that it can legislate from it. The text will reach the Executive in the form of a mandate, although not mandatory. The sources consulted indicate, however, that, being endorsed by the parties that make up the Executive –PSOE and UP– it will go ahead. The only stumbling block may be time: if the subcommittee spends the six months – which are even extendable – it will deliver its text in April, which will leave the Government a year and a half short until the next elections (in November 2023 if there is no advance) .

For now, the legislative route with cannabis will be limited to its medicinal use. The PSOE continues to consider cannabis as a drug and is not about to regulate its recreational use. “When we talk about medical cannabis we are not talking about cannabis for recreational or recreational uses. If it can have a use that benefits public health and patients, it must be valued, but we want to separate the two”, explains the socialist deputy and member of the subcommittee Daniel Viondi. Some 200,000 people who use medical cannabis –According to the Spanish Observatory of Medicinal Cannabis (OECD) – they celebrate the future regulation; the four million more or less occasional recreational consumers registered by the INE will have to wait.

The issue also augurs a clash between Socialists and their partners in the government and legislature. Cannabis activity is piling up in Parliament in parallel with the subcommission and the pressure on the PSOE increases. In recent weeks, up to three initiatives for comprehensive regulation have been registered in Congress. One from Más País, another from Unidas Podemos and another from ERC, although all three are condemned not to get ahead without the support of Pedro Sánchez’s party, which they will not have. Already last September the Senate overthrew, with the votes of Socialists, PP and VOX a proposal by the group of the Confederal Left that requested the regulation of the cannabis consumer clubs that proliferate across the country sneaking through the cracks of sometimes ambiguous legislation.

Once the subcommittee is constituted, it is now necessary to set the work agenda, which will happen in the coming weeks, as agreed on Thursday. Which experts are called to intervene, which regulation models are valued and which one is proposed to the Government is the task ahead. One of the main divergences with the model could be whether or not users are allowed self-cultivation. From the position of the PSOE it can be deduced that it will not be allowed: “Through the SNS and with a medical prescription,” says the Congress presentation. The defenders of this model maintain that this is the only way to obtain a standardized, traceable product with certain proportions of the active principles of cannabis present in the preparations (THC, psychoactive, and CBD, which is not, are main). Users deny that each pain is different and that each person feels good about a certain composition, which the market does not have to offer.

In addition to the immediate impact that future regulation would have on patients, legalizing it will also boost cannabis research. Until now, for scientists to request samples of the plant for their research was a little bureaucratic nightmare because the drug is on the most controlled list of the UN and also prohibited in Spain, as explained by the interested parties, to the point that many backed down. Once these obstacles have disappeared, it is to be expected that research, and therefore knowledge, will increase, especially in Spain, which has one of the most powerful research groups in the world.

The other advantage that appears is that, despite the prohibition of consumption, cannabis is produced legally in Spain and it will be easy to have a product available as approved. Last June, the Spanish Agency for Medicines and Health Products (AEMPS) had issued 21 licenses to grow medicinal cannabis (13 to research and 8 to produce and export abroad). Mutual funds smell the cannabis business and are getting ready to get hold of these licenses: Linneo Health, associated with a British fund, the sector giant Canopy Growth and Curaleaf Holdings with three of those who have acquired in recent years some of the Spanish companies that had these licenses.

The International Federation of Journalists supports elDiario.es against the judge who demands to reveal the sources