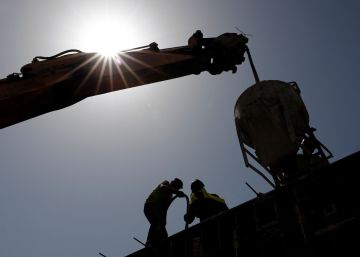 The labor market will also suffer the consequences of climate change. The International Labor Organization (ILO) has released on Monday a study that predicts that in 2030 losses due to the fall in productivity associated with warming will be 2,400 million dollars (about 2,125 million euros). By the end of the next decade, the ILO expects that "2.2% of working hours worldwide will be lost as a result of the increase in temperature, equivalent to 80 million full-time jobs".

That calculation of losses would only be due to the impact of thermal stress on labor productivity and the best of the temperature increase scenarios – that is, it only increases by an average of 1.5 degrees compared to pre-industrial levels. As the report recalls, "excess heat in the workplace is a risk to health at work" because it limits "the functions and physical abilities of workers." "Consequently, lower productivity," says the ILO.

The ILO emphasizes that the sector that can be most affected by this loss of productivity will be agriculture. "This sector has 940 million workers worldwide," says this organization, and "it is estimated that by 2030, 60% of the work hours lost worldwide as a result of thermal stress correspond to that sector" . It will be followed by the construction sector, which would accumulate 19% of the lost working hours worldwide.

The regions of the world hit hardest by this problem will be South Asia and West Africa, where the ILO estimates that there will be a loss of around 5% of working hours in 2030, that is, around 43 million and nine million respectively ".

The ILO recalled that the report specifies that loss estimates are conservative. The planet is not heading at this time to an increase of only 1.5 degrees at the end of the century, which was the most demanding goal that was set in the Paris Agreement. At the moment it is already in a rise of around one degree and, with the plans to cut emissions of greenhouse gases that have been approved by all the countries of the world, the increase in temperature will be around three degrees. For this reason, the UN has warned on several occasions that much more ambitious cutting plans are needed.