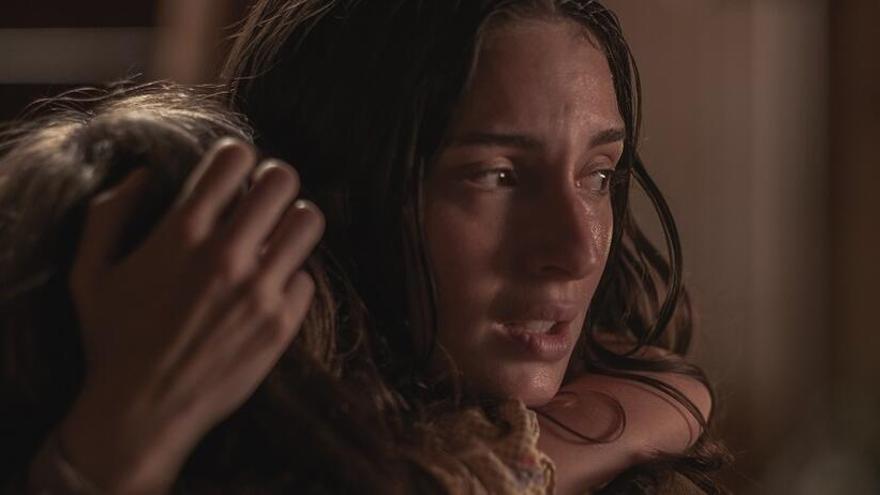 In the last month there has been a lot of talk about the difficulties of taking to the movies Dune, Frank Hebert’s 1965 novel. A curse from which Denis Villeneuve has not escaped either. Fans miss that the big screen exposes the folds of the characters and the political background at the height of the original work. A plea that falls within the norm: every book has a quota of maladjustment. Is what happens with Rescue distance, a work so non-canonical, esoteric and complex that no one imagined that it could be replicated in the cinema. Not even its author, Samanta Schweblin.

“A young woman is dying far from home. A child sits beside her. She is not her mother. He is not her child. Together they tell a haunting tale of broken souls, an invisible threat, and the power and despair of the family. “. Peruvian director Claudia Llosa, Mario Vargas Llosa’s niece, has faced suspicious looks from the moment she decided to adapt the book. “Everyone told me that I was crazy, that it was very difficult to do, but I saw it very clearly,” explains Llosa in conversation with elDiario.es.

Amanda (María Valverde) arrives in a village in Argentina with her daughter Nina to spend the holidays. In the next house lives Carola (Dolores Fonzi), a mysterious and hypnotic woman who keeps a secret about her son David, apparently an autistic child. An accident causes Amanda to become ill and fear for her daughter’s life, although the paranoia comes from before. Voice in off David’s will be the one who guides her through her hallucinations and memories to help her understand and, above all, not to judge.

Samanta Schweblin published the book in 2015 and it soon earned it several awards, including an International Booker nomination. To say that it is about the terrors of motherhood is a vague way of summing it up. Not only because it addresses other issues such as the transformation of the natural into transgenic, the abandonment of the rural environment and telluric beliefs. But because the questions it raises about motherhood are even difficult to describe in words, but universal. Hence, it has been translated into 13 languages ​​and the first thing that attracted Llosa was to name “the rescue distance.”

“Right now I’m calculating how long it would take to run out of the car and reach her if she fell into the pool. It’s the rescue distance. That’s what I call the thread that ties me with my daughter. I spend half the time calculating that distance and I always risk more than I should, “Amanda describes in the film, which premiered on Netflix on October 10.

For Llosa, “the rescue distance” is “transmitting confidence to our children and giving them freedom at the same time that we take care”. That need for control, the feeling of invisible terror and parental paranoia have been well captured by the Peruvian, who won the Golden Bear in Berlin with her second film, The scared tit (2009). “There were many moments when we were on the verge of losing ourselves combining the physical and the imaginary,” she acknowledges. “Then I used the voice of David, who became a spiritual guide for me as well.”

“This novel covered spaces that felt very own, such as the complexity of the feminine, of motherhood, the exploration of the magical universe and the psychological. They are two women who talk, share their fears, their emptiness, they are enraptured, they are infected, they get intoxicated. I needed to meet Samanta and ask her to let me adapt her novel, “explains Llosa. It is they, Carola and Amanda, who utter some unspeakable terrors.

Carola is the myth of the “bad mother”. The one that got lost for a second. The one who put her professional tasks before her son’s care. The one who later did the human and the subhuman to save him. The one who lost her feelings for him. The one who is no longer recognized as the mother of the person who gave birth. “She is distracted by taking care of the material, the capital. How many times has it happened to us? And the other way around, having abandoned our dreams to take care of it,” says Llosa. She expresses the difficulty “of managing our care and decisions.”

Amanda, on the other hand, is calm and cautious. She knows the safe distance theory, but any external element makes her a desperate female to lose her young.

“Fear as a motor is good as long as it does not become paranoia, because it generates fatality. Care is perfect, but the child must feel that he has the freedom to explore,” says the director, who recognizes that the rescue distance is a “perpetual and visceral” thread. “Paradoxically, the individual is built after the separation from the mother. It is essential to achieve a balance of these fears to help him become independent as a human,” says the writer.

Although in recent years the literature and cinematography of motherhood has explored issues far from the ideal of the “good mother”, Claudia Llosa does not believe that it is enough. “What is related to motherhood has not been transformed at the same speed or in the same dimension as other issues about women,” defends the Peruvian. It calls for collation on the laws that govern this aspect in many Latin American countries, including those of abortion. “The true transformation in social relations occurs when it has reached the field of the symbolic,” he points out.

“That is why it is so important for me to break with the social binomials that control us. Also to ask ourselves things that move away from the old concepts of motherhood and that confront us with deeper and politically incorrect fears,” he says. According to the filmmaker, “we all recognize the fear of loss.” But, for example, “what about the fear of not recognizing our children as their own, of being strange, of the loss of that connection”.

Finally, there is also the rescue distance with the world. A world that we leave to the next generations and that is increasingly poisoned. Amanda arrives in the bucolic and happy village hoping to get away from the dangers of the city. “I was interested in exploring that idyllic relationship with nature. It is a placid place, but it generates strangeness. It is so beautiful that it causes mistrust,” explains Claudia Llosa.

After a global pandemic and various natural disasters, the secondary theme became main. “Each story evokes different questions, but for me these two topics – motherhood and environment – were very important, they were opening front pages in the newspapers. It made me think, when does the countdown start? At what point do we poison our children?” , it arises.

The relationship with the rural, both spiritual and labor, as a matter for labor, is explored in Rescue distance to ask urgent questions. “There is something psychoanalytic that gives me hope to get closer to an answer. That is the spirit of this film: to listen to the other, to the planet, and to listen to ourselves,” he concludes.