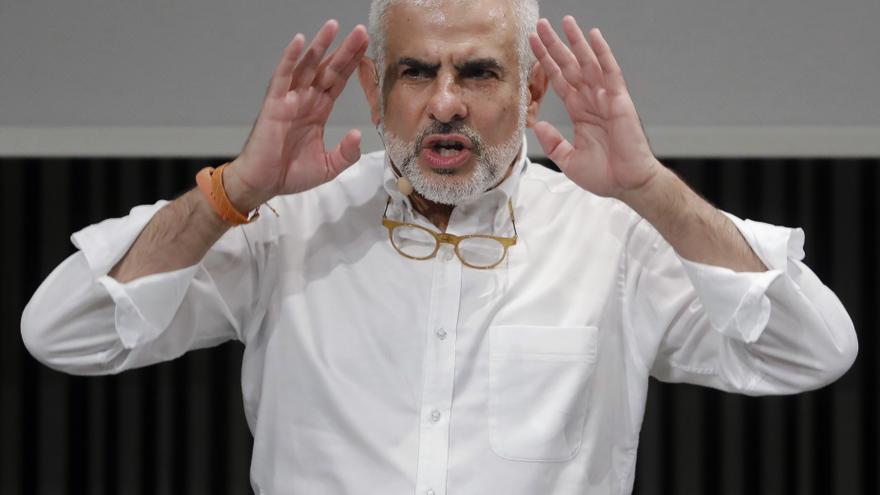 The Directorate of Ciudadanos is preparing to face the two years remaining until the next municipal and regional elections with the vertigo of knowing that most of the surveys that are being published consider them to be ‘disappeared’ in many of the institutions in which in 2019 achieved representation. To breathe courage into its diminished membership, the training held in mid-July a political convention in which he claimed the need to continue to exist being, as he proclaimed, “the only liberal party in Spain” that can serve as a hinge between the right and the left to close agreements and “prevent the independentists” and the “extremes” – in which United We can and to Vox– condition the governance of the country.

Inés Arrimadas closed that conclave by assuring that from there they left “more united” and loaded with “illusion” with the intention of turning the page as soon as possible from the ‘horríblis’ months they have suffered, with two electoral defeats: one in February, in their land , Catalonia –where they went from 36 deputies to only 6 and from being the first apolitical force to the seventh–; and another shortly after in the Community of Madrid, where the 26 deputies obtained in the previous autonomous regions lost and were left out of the Government and without representation in the Madrid Assembly. This disaster was preceded by the fiasco of the motion of censure in the Murcia region, which also dislodged them from power there.

However, the leader’s wishes for “unity” are beginning to twist as the party’s internal crisis continues and casualties and leaks continue to occur. Catalonia is one of the places where the internal waters go down the most upheavals since the debacle suffered at the regional level. There, the new leader of the formation, Carlos Carrizosa, is already preparing the ground for those next municipalities and for this he has chosen to place as municipal spokesmen in some important municipalities, such as those of Lleida and Girona, leaders of his trust by dismissing those considered “critical”, who have described these changes as a “purge” in full rule.

The internal malaise in Catalonia comes from afar, after Arrimadas and his hard core decided abruptly remove Lorena Roldán from the candidacy for the Generalitat and replace her with Carlos Carrizosa without calling primaries. The decision brought two almost immediate consequences: Roldán went to the PP, which signed her as number two in the candidacy of Alejandro Fernández; and a group of former parliamentarians appealed the decision and demanded that Arrimadas call primaries, a demand that the leadership did not accept. In the wake of that episode and the fact that Carrizosa excludes all critics from the nominations, a strong internal malaise began to take shape that led to the appearance of Renovadores Cs. This group, which is growing every day, has demanded responsibility from the leader for those two electoral disasters and the calling of an extraordinary Assembly.

The first retaliation they suffered was the removal of one of its members, Pedro Miret, that he was dismissed as district councilor in the Sarriá-Sant Gervasi neighborhood by the spokesperson for Citizens in Barcelona City Council, Mari Luz Guilarte. Jordi Obón, considered a leader close to the former secretary of Organization with Albert Rivera, Fran Hervías, was also removed from the same position, who escaped to the PP.

Other municipal officials who joined that platform are beginning to pay the consequences. These days it has transpired that Carrizosa has decided to open an expulsion file to the spokespersons of the Lleida city councils, Angeles Ribes, for “lack of involvement in the project”; Y from Girona, Daniel Pamplona, claiming “the continuous violation of the internal regulations of training”. Ribes has been replaced by councilor Maria Burrel – “a member of the Organization and related to the board,” say the critics – and he has announced an appeal against his file before the Party’s Rights and Guarantees Commission, without ruling out going to court “so that” his “career” or “honorability” is not questioned.

In addition, as a result of these two dismissals, the former deputy in Parliament Sonia Sierra announced that she was withdrawing from the party due to the “drift” that the formation was taking, a decision she announced on Twitter.

For its part, Carrizosa justified these changes in “giving a boost” to the municipal candidates for the 2023 elections. The reaction of the leaders of the critical platform, Renovadores Cs, mostly former deputies of the Parliament of Catalonia, did not wait. Sergio Sanz, María Valle and Carmen de Rivera transferred their support to Ribes, highlighting his “commitment and loyalty” to the party’s project. “A party that wants to be an image of seriousness and credibility before its voters cannot be dictatorial with its positions and its bases,” Valle said.

The provincial committee of Lleida denied the major and uploaded a clarification on the dismissal of Ribes to Twitter.

The internal crisis of the party has spread to other communities. In Andalusia, where they just suffered the loss of Granada and they have seen how the ex-mayor of Citizens, Luis Salvador, entered the new Government of the PSOE, the coordinator of the party and vice president of the Junta, Juan Marín, has also begun to remove leaders who are not loyal to him.

One of them is Fran Carrillo, one of the trusted men of the former secretary of the Citizens’ organization in Rivera’s stage, Fran Hervías, who has now fled to the PP. Carrillo has been dismissed as deputy spokesperson for Citizens in the Andalusian Parliament, position that Julio Díaz will now occupy. But the changes have affected to the group’s own spokesperson, in which Teresa Pardo will replace Sergio Romero.

Nevertheless, Marín has denied that this is due to an internal crisis and has framed everything within “normality”, while it advanced that there will be more “readjustments” in the future in the spokespersons of the commissions caused by these relays. But in the opinion of Antonio Espinosa, spokesman for Renovadores Cs, the party leader in Andalusia, wants to “surround himself with those closest to him and displace those who were closest to Hervías.”

In Jaén, Citizens has also decided to provisionally suspend the membership of the councilors of the City Council María Cantos, Francisco Díaz and Miguel Castro, while the disciplinary file opened against them is being resolved “for failing to comply with party legality”, expelling a councilor from the group, in addition to “failing to comply with party directions” in relation to governance in the City Council of Jaen.

In this City Council, last June, the municipal group decided to break the government pact that it had supported with the PSOE since the May 2019 elections, wielding a series of grievances among which included the concession by the central government of the pardons to the Catalan independentistas. After a first statement from Citizens in Jaén denying this break, the provincial leadership warned that it would apply the disciplinary regime to three of the four councilors who have made the decision “without authorization from the party.”

Murcia is another of the places where the waters go down more than revolts. Four months after the unsuccessful motion of censure presented there by Ciudadanos and the PSOE to the coalition government itself, which continues to be presided over by the leader of the PP, Fernando López Miras, the crisis in the regional formation is accentuated. Ana Martínez Vidal and Juan José Molina, two of its promoters, recently resigned and also the main values ​​of Citizens in the Murcian community. The first resigned from her position as regional coordinator and the second to that of Secretary of Communication. None of them have left their deputy certificate in the Regional Assembly, where they share the Mixed Group with Podemos.

This Friday it became known that The Board of Directors of the Citizens’ group in Alcantarilla, with the local coordinator, Alejandro Díaz, at the head, has formalized his withdrawal from the party. As explained by those affected in a statement, 19 of the 20 affiliates – 95% – who made up one of the most numerous groups in the Region, have also left the party as a bloc. Both Alejandro Díaz and Diego Rosique, councilors in the sewer corporation, from now on become ‘non-attached’ councilors. Along with the members of the Alcantarilla group, nine other affiliates from other localities have also submitted their resignation en bloc.

In an open letter published and sent to members, the coordinator of Alcantarilla explains the reasons for this mass abandonment of the Arrimadas formation, a list of gestures of contempt that he describes as “grievances and harassment” by the current regional direction. The mayor includes among those “grievances” the “elimination against the statutes of the access of the Alcantarilla group to their own social network profiles since March, alleging technical problems.” The mayor adds that he hopes that now “the regional organic charges resign, if only out of shame” and denounces that the motion of censure was presented “without arguments or motivation beyond the ambition of power, it was not decided or elaborated according to the statutes, not being endorsed by the General Council “.

Training sources in Madrid do not rule out that after the summer the crisis will spread to several municipalities in the capital, which after the resignation of Ignacio Aguado now controls Begoña Villacís, with the abandonment of numerous councilors – who would become ‘not registered’ – and who begin to organize themselves in WhatsApp groups to gradually form a platform of independents for the elections in the spring of 2023.