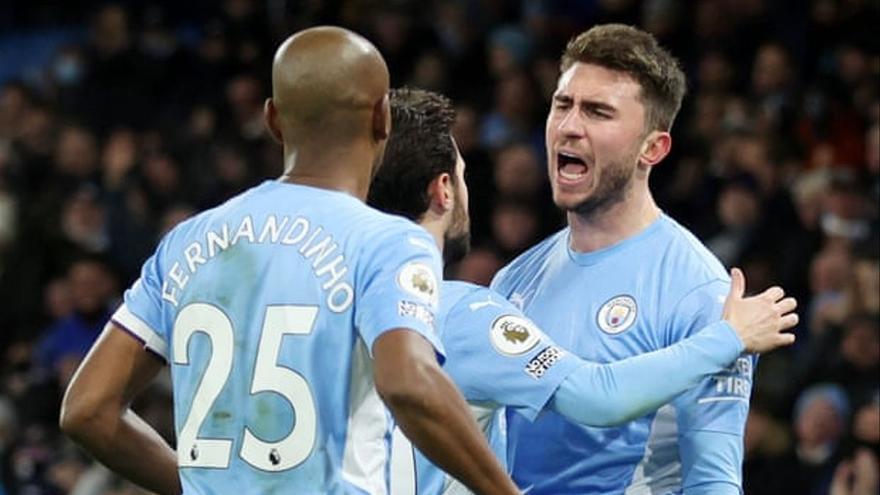 It was remembered these days by social networks that there was never a Boxing day as crazy as that of 1963, in which 66 goals were scored in 10 games. Those were times when coaches found it necessary to ask their players to moderate their drinking on the day of Christmas, which after all had left the next day. It is suspected that in 1963 the orders of the technicians were not heeded as they should, in view of the drunken goals.

The Manchester City and the Leicester This year they seemed determined to pay homage to the spectacle of those days, although there is no suspicion of liquid excesses in these times of Premier hyperprofessionalized. The team of Pep Guardiola took a festive victory, an exuberant 6-3, thanks to a devastating first part of the 'Mancunians', countered in the second by a Leicester who refused to leave Manchester humiliated. From 4-0 in the first half it went to 4-3 that left Etihad frozen, until Laporte Y Sterling they stopped the bleeding after two corner kicks.

City came out in a whirlwind and after 25 minutes they were already winning 4-0, with goals from De Bruyne, Mahrez, Gundogan and Sterling, two of them from penalties. When the referee signaled the time of rest, the Etihad rose to ovation to his. It had been an impeccable 45 minutes. But at the restart there was a different game, there was a commendable resistance from Leicester, a desire to dignify the scoreboard, not to be trampled, and at 20 minutes he had placed the 4-3 on the scoreboard. And that he played without several starting defenders and without Vardy, limping from an injury that deprived him of playing even a single minute.

Luckily for City, the confusion did not last long. And just four minutes after 4-3, Laporte headed the 5-3. Sterling fitted the final mattress. Guardiola, when greeting Brendan Rogers at the end of the match, recognized with his gestures the commendable attitude of Leicester.

City has now nine wins in a row to reaffirm itself as leaders, six points behind Liverpool, which this Boxing Day has not played its match against Leeds due to the abundance of cases of covid in the ranks of Marcelo Bielsa's team.

Two other games have also been suspended. At the same time Crystal Palace tried to postpone their match against Tottenham when their coach, Patrick Vieira, tested positive, but the Premier did not do them the favor. Antonio Conte's Tottenham won 3-0. Another happy technician is Mikel Arteta. The Arsenal it continues in an ascending phase and beat Norwich, the bottom of the competition, 0-5.