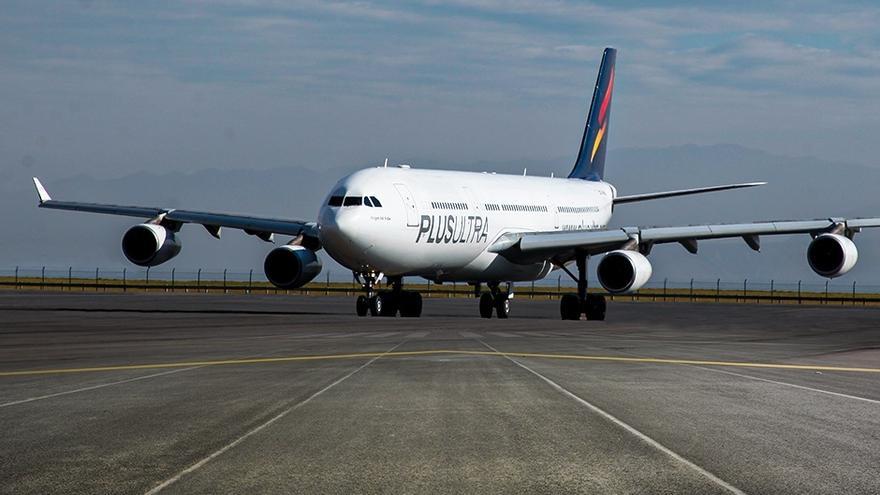 The president of Ciudadanos, Inés Arrimadas, the deputy secretary general and spokesperson of the Executive Committee, Edmundo Bal, and the head of the delegation of Citizens in Europe, Luis Garicano, come this Monday to file a complaint in the Court of Accounts for the redemption of Plus Ultra by the Sociedad Estatal de Participaciones Industriales (SEPI), as the party has advanced. Citizens consider that the aid of 53 million granted to the Spanish airline by the Government “is illegal.”

According to the information published by elDiario.esThe company, whose rescue has caused a whole political storm, is controlled by Venezuelan businessmen considered close to Maduro and has as its creditor a company in Panama linked to former front men of Rodrigo Rato. The rescue of Plus Ultra will benefit a firm domiciled in Panama, a territory that was included just before the pandemic by the ministers of Economy and Finance of the European Union in their black list of tax havens. This company is linked to Reyes Rojas, which manages more than a dozen companies in Panama.

In December 2017, and to avoid going into dissolution, Plus Ultra signed a participative loan of 6.3 million euros with the Panamanian Panacorp Casa de Valores, SA. This firm, authorized and regulated by the Superintendency of the Securities Market of Panama, belongs, according to its latest published accounts (2019), to Panam Capital Market Holding, SA, which was incorporated in Panama 2008 and which at the time of its creation had between its directors to Rodolfo Reyes Rojas himself.

The case has been in the sights of the Arrimadas formation for some time, which has asked for explanations. But the PP has also requested an investigation commission in Congress on this matter and Vox has announced a complaint in the Supreme Court for alleged embezzlement of public funds and prevarication.

Citizens and their offensive on the case

The most belligerent in Ciudadanos has been Garicano, who filed a complaint with the European Commission (EC) for that rescue, considering “it was not a strategic company for the Spanish economy and was already in crisis before the pandemic” of COVID, for which would not meet the requirements of the SEPI Strategic Companies Solvency Support Fund. Garicano also doubted that the airline’s problems came solely from the coronavirus crisis and left the suspicion that the company had incurred in “accounting maneuvers.”

According to its data, in 2019 Plus Ultra accumulated 13.4 million in losses, which would have caused more than half of the subscribed capital to expire, 19.2 million. In this situation, it would have been classified as a “crisis company”, which would prevent it from receiving state aid. But with the aim of avoiding this declaration, according to Garicano, Plus Ultra incorporated a participative loan of 6.3 million euros granted by Panacorp, a company based in Panama, a tax haven. The company called his accusations “falsehoods” and “slander.” The Executive, for its part, maintains that the rescue is justified by the 350 direct jobs and the 2,500 indirectly linked to Plus Ultra, by the importance of the tourism sector and by the role of the airline in offering flights for migrants living in Spain or your relatives from countries such as Venezuela, Ecuador or Peru.

In Congress, both Arrimadas and Edmundo Bal have repeatedly demanded the Executive to appear to give explanations the Minister of Economy, Finance and Transport, Nadia Calviño, María Jesús Montero and José Luis Ábalos, respectively, considering that the data that have become known about the public aid granted to Plus Ultra show “a host of nonsense.” “The accumulation of nonsense is getting worse and the explanations still do not arrive. We will not stop until we get to the bottom of this scandal,” Bal wrote on April 9 in a message on his Twitter account. The parliamentary spokesman for Ciudadanos echoed in a press conference offered in the Lower House an information published by the newspaper ‘El Mundo’ that corroborated the Garicano data, according to which Plus Ultra negotiated its sale between 2014 and 2016 with a group of businessmen for 2.5 million euros, about 21 times less than the amount they have now received from the SEPI rescue fund. In addition, he recalled that “it is not solvent or strategic” and among whose shareholders, as indicated, there are people investigated by the US authorities for alleged crimes of money laundering.