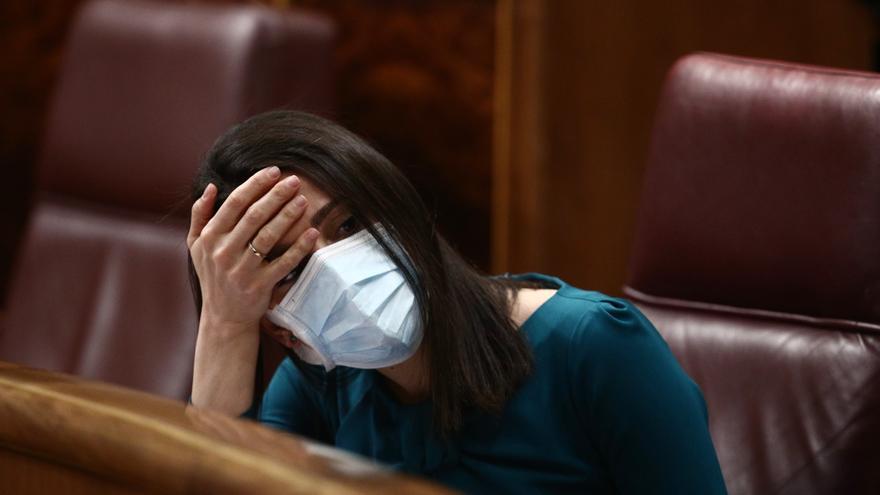 The Citizen leader who never read books has a lot of work these days. Fran Hervías is involved in the operation to destroy from within the party that was his and that Teodoro García Egea, number two of the PP, has commissioned him. It consists of contacting Cs positions dissatisfied with the management of Inés Arrimadas to inform them that their future lies in the formation of Pablo Casado. It is enough to worry about the fight to survive in a party that has been bleeding in all the electoral events held since April 2019. In Genova street they await you with open arms. In order to eliminate doubts and bend wills, the message is usually clear: those who hurry up could have a place. Arriving last means running out of a chair.

Hervías boasted of not wasting time in reading books, according to former Citizen leader Xavier Pericay. His skills were different and did not go through the elaboration of political messages. He was Albert Rivera’s organic bodyguard, the one in charge of preventing any attempt of dissent through a network of confidants who kept him informed. As Organization Secretary, it was not enough for him to have permanent communication with local or regional leaders. In order to offer the leader a plan B in each area, he was careful to keep an eye on them with the information provided by other people.

In a game in which the leader’s will is mandatory, you gain a lot of time if you consider everyone else suspicious in case it is necessary to settle accounts. That knowledge never expires.

Now Hervías is the engineer who is building the tunnels underground with which to get Ciudadanos to collapse. The Spanish posted a photo of the new demolition expert on Thursday under the orders of García Egea, meeting the day before in a restaurant with the deputy Marta Martín and two senators from the party. Hervías had denied having anything to do with the maneuvers of Senator Emilio Argüeso, one of those present and dedicated to the work of capturing turncoats. The photo confirmed that he was lying.

The image left Martín with no other options than to announce his resignation as a deputy. He knew it was going to be especially painful for his teammates. As the main specialist in education, he had had a very relevant role in recent legislatures. When he said goodbye, he signed the message that those who have signed the party’s death letter are spreading from the right: “May that seat never serve to give wings to nationalism or corruption.” It is curious that he referred to this last point in the week that Ciudadanos presented a motion of censure in Murcia, which he probably opposed.

The timid and calculated attempts of Arrimadas to reach agreements with the Government of Pedro Sánchez in some points have caused her to be excommunicated. Now she too is suspected of nationalism.

The other attendee at the meal with Hervías also announced that she is leaving Ciudadanos, but not the seat. Ruth Goñi, senator of Navarra, played the role of those politicians who deny the evidence without raising an eyebrow. “It is an ideological change that expels me from the party,” he said. Apparently, Cs has become pro-independence or socialist. To justify staying in the Senate, he argued that the seat could fall into the hands of the enemy: “I cannot leave this act for a person who is going to support sanchismo to occupy it.” She will continue charging to save Navarra from that unfortunate and unlikely fate.

Politics can be a ruthless business. Some of its elements such as Hervías help to understand how internal conflicts are experienced in a party. The very ones who imposed the discipline with an iron fist may later become the infiltrators who encourage defections. What doesn’t change much are their methods.

Thursday ended with the news of the appointment of a new candidate for the regional elections in Madrid. It will be Edmundo Bal instead of Ignacio Aguado. Arrimadas is forced to dispense with her right hand in Congress, but she has no more cards left to prevent the party from being mortally wounded if it does not obtain representation at the May 4 appointment, a very real possibility at this time. .

Murcia’s motion of no confidence, finally defeated by 23 votes to 21, has ended up being a trap that Ciudadanos has set for itself. In theory, his insistence since Rivera’s time that it was the training that came to end corruption in Spain, the one that was going to “regenerate” politics, should have made the initiative against the Government of a marked community more understandable internally. for corruption. The vice mayor of Murcia, from Ciudadanos, has handed over to the police documents that prove the fragmentation of contracts in the City Council in order to award them by hand.

None of this has been of the slightest importance to the dissidents. They had already decided that the role that remains for Cs is to be a satellite party of the PP, forced to eat all the crap that is on the plate. The eccentricity of the centrist party is over. “For the first time, there is a party in Spain, after the UCD, that has liberalism as an ideology, as a flag and as a protagonist of civil life,” said Albert Rivera in 2019. Cs riveristas like Hervías have decided to throw away the ideology and flag to recycling bin.

The Popular Party was not going to leave Murcia’s provocation unpunished. In January, he was still saying that he only wanted to prepare the ground for both parties to “add” together in the next national electoral campaign. “We will not receive charges of our partner now and we are not going to promote the change of acronyms and disunity “, they said then. The failure in Catalonia and the opportunity that arose in Madrid with the call for elections have made them change their opinion. Whether or not it is a correct calculation, They believe that the arrival in Moncloa involves first annihilating Ciudadanos, and if you are going to invade a country, it is faster when you have traitors who open the door for you.