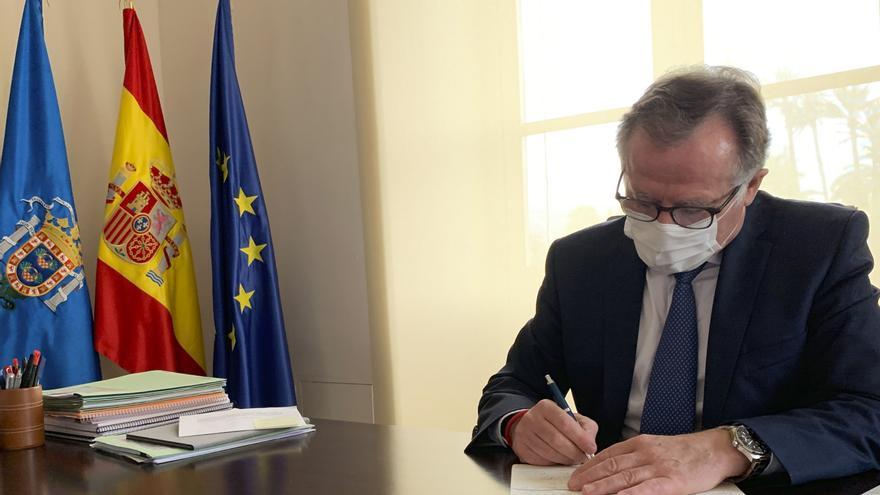 The mayor-president of Melilla and until now a member of Ciudadanos, Eduardo de Castro, this Friday received the resolution of the file that the party opened to him last April in which he was informed of the decision of the Committee on Rights and Guarantees of expel him from the formation chaired by Inés Arrimadas. The Citizens’ Disciplinary Regime Commission opened this file to him after accusing De Castro of “breaching the party’s guidelines” and for having concealed his status as a defendant in a criminal procedure “of extraordinary gravity” that affects his status as institutional representative to exercise of their position. Some accusations that the councilor denies.

De Castro, who is the highest institutional position that Ciudadanos had managed to hold after the 2019 regional elections, has echoed the party’s decision on his Twitter profile where he has advanced that he has summoned the Assembly Table – that he presides – for Monday to notify his new situation to the other two members, one from the PP and the other from the Coalition for Melillla, a partner in his Government.

In addition, he adds that, as announced, he will present the corresponding lawsuit before a Melilla court to request “precautionary measures for violation of rights” in such a way that his expulsion is suspended until the judge decides whether he is right or wrong. match.

De Castro himself has advanced to this writing that he is not going to resign from his institutional position and that he is not afraid that the Assembly groups will present him with a motion of censure. As he explained, it is now up to the Board to decide whether to continue as a deputy in the Mixed Group, where he has been located since the beginning of the legislature as he is the only representative of Citizens who was in the Autonomous Chamber, or becomes a deputy ‘not attached’, which would deprive him of receiving means to carry out his work as a member of parliament. The Melilla councilor assures that this will not prevent him from continuing to exercise his position as mayor-president of the autonomous city.

De Castro also filed a complaint with the prosecution against Edmundo Bal for calling him “corrupt” during the campaign of the autonomous Madrid, which was admitted for processing, on which he is waiting to see what he decides to do.