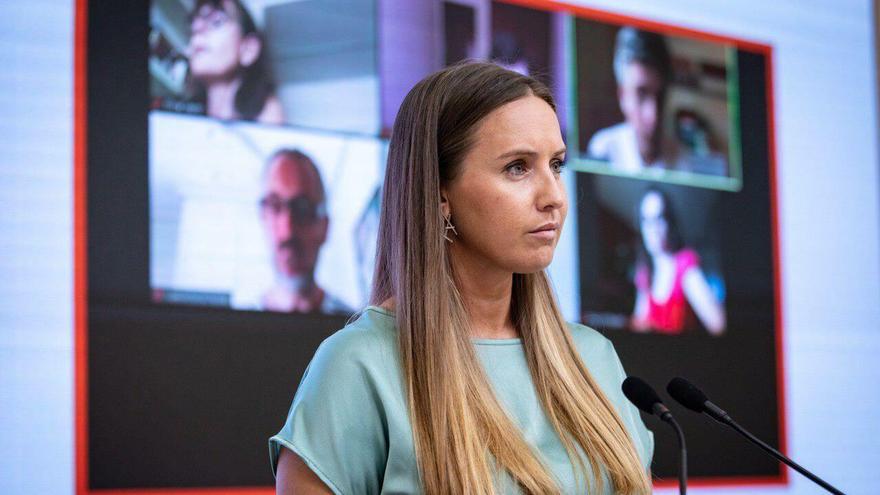 Citizens consider it “a historical fact” to have obtained a deputy in the Basque Country – and perhaps two after the count of the votes by mail ends – thanks to having been part of the electoral coalition with the PP. As indicated by the national spokesperson, Melisa Rodríguez, in a press conference after the Executive meeting, the presence on the lists of the formation that calls itself “liberal” has been a success because all the polls pointed out that if the two parties would have been presented separately “did not add up”. “It was the best formula,” Rodríguez has sentenced, without going to assess the bump of the PP, his partner in that coalition.

That said, the national spokesperson has charged Pedro Sánchez, whom he has accused of “feeding and giving wings to nationalism” with his pacts with these parties and has been “very concerned” about the rise of Bildu in the Basque Country, and the BNG in Galicia, so it has asked the leader of the PSOE to “reflect and return to the center”. She has also asked her to stay away from parties “that still do not condemn terrorism.” “We are not going to give in to those who want to whitewash history,” he said.

The deputy elected by Álava, José Manuel Gil, spoke at the press conference, who announced that from now on he will “defend all Basques who believe in equality and constitutional rights and freedom.” “We will demonstrate that politics can be done at the service of all Basques.” “The Basque citizens will have a firm and uncompromising voice in the face of the nationalist threat,” the new deputy for Ciudadanos has sentenced, Despite the joy of having obtained `for the first time representation in the Parliament of Vitoria, the spokesperson for Ciudadanos has acknowledged that This Sunday “has been a bad night for constitutionalism.”

The Arrimadas party, on the other hand, recognizes that the results it has obtained in Galicia “are not good” but they promise to continue “defending the interests of the Galicians” in the new stage, which they assure is now opening to curb “drift. “which they appreciate from the voters towards the BNG.

The spokesperson for Ciudadanos has left the door open to reissue the coalition with the PP in Catalonia when Quim Torra calls the regional elections, although she has not taken it for granted, alleging that we will have to wait for the time to come. “We are going to put on the table the possible formulas to work so that no constitutional vote is lost or goes to waste,” he said.