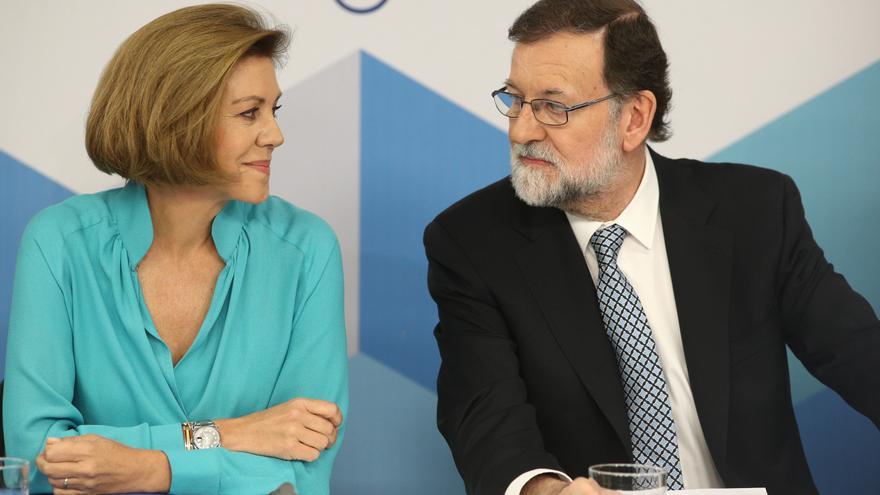 Several groups of the Congress of Deputies have registered this Wednesday their respective lists of those appearing who want them to come to testify to the investigation commission on the alleged espionage carried out on the ex-treasurer of the PP Luis Bárcenas –known as Operation Kitchen– by the Ministry of the Interior of the Government of Mariano Rajoy, which is going to be launched next Friday. Antagonistic formations such as Ciudadanos and EH Bildu have requested that among those appearing are, among others, Rajoy himself and the former secretary general of the PP and former Minister of Defense María Dolores de Cospedal, in addition to the former Minister of the Interior Jorge Fernández Díaz, the highest political official when he produced the espionage, and that he is accused of it in the case opened in the National Court.

At the moment, neither PSOE nor United We can have registered their list of appearing parties, waiting for both member formations in the Government to agree on the names of those who, in their opinion, should testify before Congress. The two parties have been in favor of calling Rajoy, Cospedal and Fernández Díaz, although they disagree when it comes to including the current leader of the PP, Pablo Casado, among those appearing. United We Can has expressed its intention to summon the highest leader of the opposition, something that is not so clear in the socialist ranks.

The PP has not yet registered its list of appearing parties. For the moment, those of Casado – like ERC – have presented a work plan for the commission in the Lower House registry, asking to postpone their work until after the Catalan elections, the date of which remains unclear due to the decision of the Government to postpone them to May 30, given the worsening of the pandemic, and due to the precautionary stoppage of that postponement issued on Tuesday by the Superior Court of Justice of Catalonia, which, following several complaints, has put them back on the date initially scheduled for February 14.

“Work sessions may not be convened [de la comisión de investigación] until the end of the electoral process in Catalonia, in order not to interfere with the voting intention of the electoral body “, the popular ones assure in the letter presented in the Congress registry. In that same text, the PP asks for a period of five days to present its list of appearing parties, as of the approval of the committee’s work plan, which will happen, predictably, on the same Friday, the day on which this parliamentary body requested by the left and opposed by the own PP.

The popular consider that the investigation commission “does not pursue any other purpose than to monitor the previous Government of Spain, whose main protagonists are far from political activity, which affects the clear political / electoral intention of this commission.” In his opinion, the PSOE and Unidos Podemos want to “put the work of the commission at the service of their political interests”, as, they argue, is demonstrated in the commission’s own statement, where it speaks of “illegalities in order to favor to PP.

“This intention is even more evident when the Socialist and United We can groups propose that the work of the commission coincide with an electoral period in Catalonia where it is evident that the work of the commission will be placed at the service of the political interests of both formations in the aforementioned appointment with the polls “, they add in the text registered this Tuesday.

The PP demands that before summoning the appearing parties, the commission has been able to receive a series of explanatory reports that it demands from the legal services of Congress and also from the investigating judge of Operation Kitchen, Manuel García Castellón.