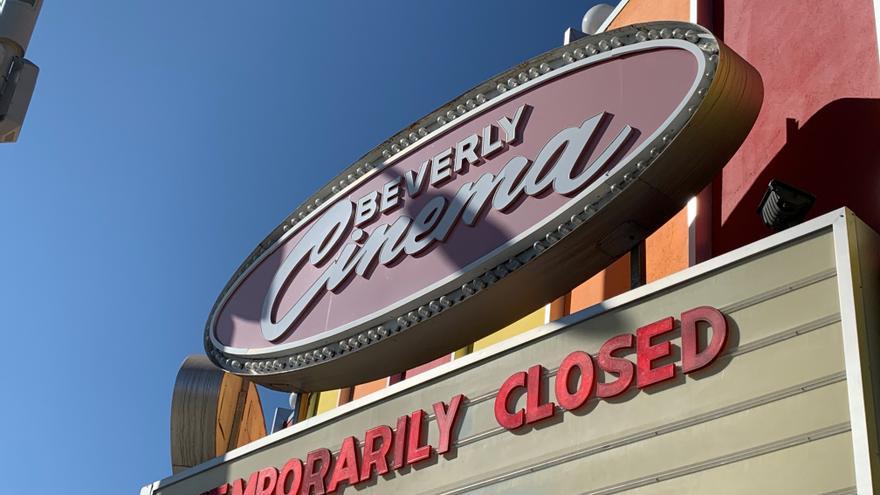 Los Angeles (USA), May 23 (EFE) .- US cinemas seek to survive in a post-pandemic world that has revolutionized business: They will offer meals, subscriptions and private screenings, films will spend less time in the billboard and will compete with streaming platforms for the big premieres.

Hollywood is aware that almost 40% of its income at the box office depends on 10-15% of the population who regularly go to theaters. Recovering that loyal audience will be one of the first objectives for the projection rooms, which face the arrival of an avalanche of titles from next week.

“If you have a movie, but not a big screen then you have nothing,” Arnold Schwarzenegger said this week at an event organized by the National Association of Theater Owners (NATO in its acronym in English) to kick off the film. season.

On March 31st, the industry breathed a sigh of relief to see that “Godzilla vs. Kong” sold out at its premiere.

Although the film was available on the HBO Max platform, there were a significant number of people who paid to see it on a big screen and the film grossed $ 48.5 million in the US and Canada during its first weekend. week, with reduced capacity and limitations.

As the United States prepares for a total reopening of its economy, theaters are looking to attract an audience whose consumer habits have completely changed.

The calendar plays on their part and from the end of May, the studios will begin to release titles that had been saved for more than a year.

“Cruella” will premiere on May 28 at the same time as “A Quiet Place Part II”. On June 11 will arrive “In the Heights”, the musical directed by Lin-Manuel Miranda, and on June 25 will be the premiere of “Fast and Furious 9”, with Vin Diesel and John Cena.

Later, on June 9, the Marvel franchise will return with “Black Widow” and a week later Warner Bros. will present “Space Jam: A New Legacy”, the sequel to the 1996 film that this time will have LeBron James as the protagonist.

The blockbuster list continues with the returns of “James Bond,” “Top Gun,” and “Ghostbusters,” leading up to the Christmas premiere of Steven Spielberg’s version of “West Side Story.”

But cinemas will have to compete with television for the first time. For example, Warner Bros. decided that it would release all the films of 2021 in theaters and on streaming, an idea that will remain despite the reopening.

Disney will follow a similar pattern: “Cruella” and “Black Widow” can be purchased at Disney + for a price of $ 29.99, the equivalent of just over two tickets. While movies like “Luca”, the new from Pixar, will only be available on the platform.

With this panorama, the rooms seek to add more value to the price of a ticket.

And that’s where establishments like the Alamo Drafthouse come into play, a chain with a presence in Texas and California that offers dinner and drinks with every movie.

“What we did during our downtime is to invest energy in things that are going to make us improve the experience of going to the movies,” explained its founder, Tim League, to the media.

However, even this type of establishment plays with very discouraging forecasts.

“Total attendance could drop from 15% to 25% permanently,” Allan Reagan, the director of Flix Brewhouse, a chain of cinemas known for offering an extensive beer menu at each screening, analyzed on CNBC.

Major US movie companies have also started looking at new ways to sell their movies, such as offering private screenings.

AMC, the leading group, rents its rooms for $ 150 for first-run titles and $ 99 for classics. Since mid-2020 it has organized more than 150,000 private passes in which the buyer can invite their family and friends.

Its competitor, Cinemark, began offering the same service in February and plans to keep it.

Subscriptions will be another way that cinemas intend to keep their audience. Regal already offers a pass that allows you to watch three movies a month for a fixed price of between $ 18 and $ 23.5.

IN 2022 EXCLUSIVITY WILL RETURN TO CINEMA

Regal has also managed to get Warner Bros. to re-release films exclusively in theaters, although they will only be in theaters 45 days before reaching television, a far cry from the 90 days that remained before the pandemic.

The rest of the studios will have to re-negotiate their distribution agreements with theaters, something complex since they have discovered that by imitating the Netflix model they maintain control of their films and obtain good income.