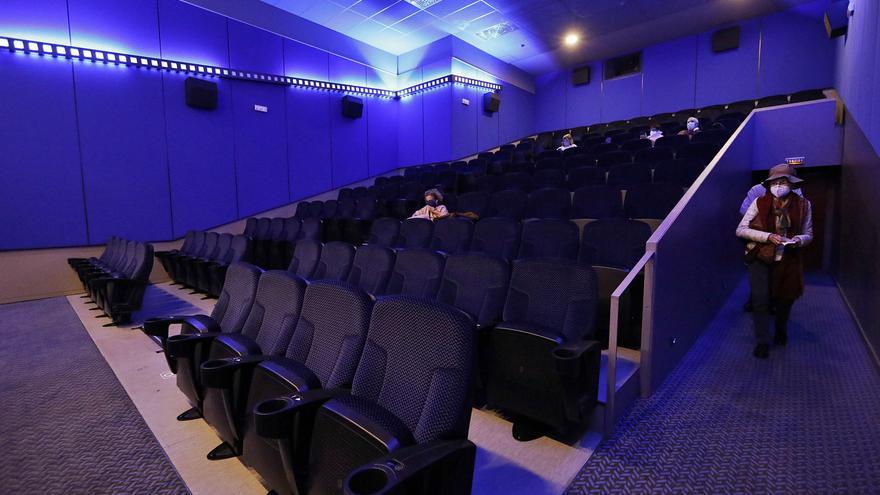 The outlook is bleak. And Las Palmas de Gran Canaria also confirms it with the closing yesterday of the Monopol Multicines. In recent months, films such as the last James Bond, have been postponed without a release date, No time to die; Steven Spielberg’s remake of West side story; the long-awaited revision of Dune by Denis Villeneuve; the new installment of the tunera saga Fast & furious and the new approach to the Marvel universe, Black widow.

“The lack of blockbusters is the main problem we have,” says Borja de Benito, head of communication for the Federation of Spanish Cinemas (FECE). “They are the gasoline that reactivates everything, they drag people and it is what puts the assistance wheel back into operation.” This was confirmed after the premiere of Father there is only one 2, from Santiago Segura, which has raised more than 12 million euros, and later with Tenetby Christopher Nolan, but since August no such powerful film has landed in theaters again, except for the catastrophe film starring Gerard Butler Greenland: The Last Refuge, one of the pleasant surprises of these weeks within the general wasteland.

All of these circumstances have contributed to lousy box office numbers in this new normal. The fall from January to September is around 68%, although the situation in Europe is not very different, between 60% -63%. The closing of theaters for three months, the reduction in capacity, the fear of contagion, outbreaks and the absence of powerful content to program have become the main causes of this debacle.

The showrooms, therefore, are on the edge of the abyss. In the United States, the second most important chain, Cineworld, has already announced that it will close its 536 theaters, and AMC, world leader (and owner of Cinesa), is in serious financial trouble. In Barcelona, ​​the Texas Cinema have just lowered the blind, following in the sad wake of the Méliès; and in Madrid, something similar has just happened with the historic Paz cinemas.

De Benito assures that most of the cinemas are still open “almost caught by the hair” and thanks to the Ertes and other tools that allow reducing costs, but he acknowledges that it is difficult to know if they will be able to continue operating in the medium and long term. “It’s a question of endurance,” he says. “In any case, they have given us for dead since black and white television came out. When the platforms started, they seemed like they were going to devour us and last year we achieved the best collection figure in 10 seasons ”.

However, it seems difficult to promise that the outlook after the pandemic will be the same as the one we left in February. Covid-19 has accelerated changes and widened a gap that has already existed for a long time. That has led the large platforms to acquire content that was initially going to go through theaters. It is the case of Offering to the storm Y Secret origins, which have been seen through Netflix; Y The Prince of Zamunda 2, which was to be distributed by Paramount and has finally been bought by Amazon Prime Video for 125 million dollars. The last to fall into temptation was Javier Fesser. One of the highest grossing directors in Spanish cinema thanks to Champions has skipped the windows to release directly on Amazon its Regrettable stories to later recover it in cinemas if the setting is right.

“We are witnessing a series of tests in which the traditional exhibition and the exhibition on platforms are going to be combined,” says Enric Albero, journalist and critic. “The pandemic is giving companies the possibility to experiment in a scenario of accelerated change.”

With the urban centers of the United States closed due to the coronavirus and most of the markets paralyzed, the studios do not consider releasing their great proposals and losing huge amounts of money. That is why platforms have become the center of interest. People continue to demand content and in many cases it is the only way they can consume it. In that war between platforms, Disney + is a newcomer, but its power is immense. In cinemas it usually monopolizes 40% of the entire market and, if all its product disappeared and went to streaming, it would be catastrophic for the cinemas. Will they dare to continue with this measure if at some point the situation normalizes?

For Disney, like Netflix, the important thing is the abundance of content, and especially the news, which generates highs, so that is precisely what they are trying to promote in this new stage. That is why they have decided to reorganize all their business units to bet on the digital medium. Will it be profitable for them? We will never know, since the audience data for movies and series is not published.

Octavio Alzola, head of programming for the Renoirs in Barcelona and Madrid, believes that behind there is a short-term strategy. “Disney is giving a message to its shareholders. They have to act fast to safeguard their business, which has many legs, like theme parks, some of which are still closed.

Exhibitors are still looking to 2021, where it seems that premieres are piling up again. How to survive until then? The answer seems clear: the Spanish product. Among the most anticipated bets we find the short film by Pedro Almodóvar starring Tilda Swinton Human voice, which has just hit theaters; The summer we live, with Blanca Suárez and Javier Rey; It snows in Benidormby Isabel Coixet; Y Up to the skyby Daniel Calparsoro. But does Spanish cinema have the same appeal muscle as French, which is sweeping its domestic consumption? Can it be claimed that it now becomes a savior when its importance has never been prioritized?

Unlike Atresmedia, which has opted to make documentaries like Jordi Évole’s That you give me, the Serie Poison and soon Dad or mom, made after the quarantine, Telecinco Cinema has decided to eliminate all its films from the 2020 calendar, including, Operation Shrimp, Way down Y Malnazidos, something that has felt like a stab in the sector. While, You will not kill, by David Victori and with Mario Casas, was number one at the box office last week. Mercedes Gamero, general director of Atresmediacine, is clear that if we want to go to the cinema next year we have to start going today: “To get out of this situation a collective effort is needed by all sectors – production, distribution and exhibition–, because all of us are part of this industry and all of its legs are needed healthy ”. “The public shows that if there are movies that catch their attention, they will see them,” adds Alzola. “But if there is no content, we will starve.”

70%. It is the drop in the collection in Spanish cinemas between January and September, according to a report by the International Union of Cinemas.

66%. It is the decline in France, according to the same study. Portugal, with 72%, is the European country in which the biggest drop has been registered. In the case of the United Kingdom, it reaches 69%.