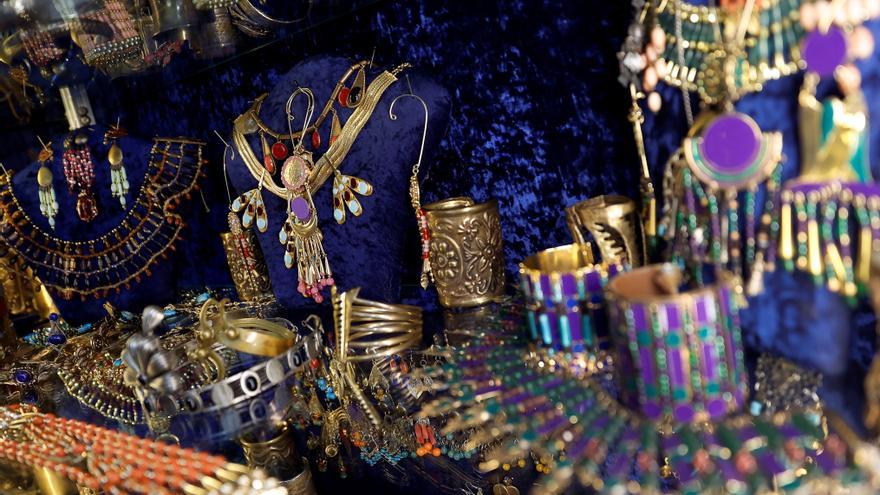 Madrid, May 7 (EFE) .- The aristocratic and colorful designs of the series “The Crown” or “Emily in Paris” together with the costumes of films such as “Espartaco” or “Mulán” and operas in the style of “Othello” are only a sample of the six million pieces housed since 1856 by the Spanish tailor shop Peris Costumes, “one of the largest in the world”.

Now, Peris Costumes is no longer an old tailor shop but a brand new multinational company attended by film, television, theater and advertising producers from all over the planet to hire their services, “we have one of the best ‘stocks’ in quantity and quality for dress any character, “Javier Toledo, CEO of the company, explained in an interview with EFE.

Through the corridors of the warehouses, located in several warehouses in an industrial estate in the Madrid town of Algete, costume designers from all over the world walk looking for clothing and accessories from all times, “from the ancient period when man wore loincloths to garments of yesterday “, its stronghold being the time of the Middle Ages and the 18th century.

“That does not mean that we do not have other times as showy as Versailles,” warns Toledo laughing, who clarifies that the objective of this tailor shop is “to provide service and help those in charge of the wardrobe.”

For this, they have warehouses organized chronologically with all the garments hanging and accessible, “the purpose is to facilitate the work of the costume designers”, he details.

They have seamstresses and pattern makers, documentary experts and specialists in searching for textiles, as well as dyeing and aging cloth, making uniforms, working leather in a craft workshop or making footwear.

Peris Costumes specializes in contemporary costumes and has the “jewel house”, a room with more than 20,000 jewels that have been seen in productions such as “The Borgia”, “The Tudors” “The Age of Innocence” or “Marie Antoinette “.

The origin of this business dates back to Valencia in 1856, when a tailor, in addition to making suits, produced costumes for opera and theater. “He sold and he also rented, that’s how this business started, which today is experiencing the rise of television series,” Toledo recalls.

Years later, he moved to Madrid, “he made the first theater and opera productions, he collaborated with the Royal Theater”, adds this businessman while recalling that at the end of the 50s, this family business began to participate in the cinema, among them in films such as “El Último Cuplé” (1957) or “Espartaco” (1960), which received the Oscar for Best Costume Design in 1961.

A family business that passed from father to son, with very good times, just remember the 80s, when costumes for great operas were created such as “Otelo”, with Plácido Domingo, or “Remando al viento”, a film in the one that Hugh Grant and Elizabeth Hurley were dressed by costume designer Yvonne Blake.

They also had economic ups and downs until in 2013, Toledo bought all its stocks and also the name. “I am embarking on a new path in which I have tried to adapt to the new winds of the audiovisual world”.

It opened branches in other geographical locations and Peris Costumes ranks as one of the best costume companies. “Today it is one of the largest in the world in this sector,” says Toledo proudly, detailing that they are present in twelve countries, including Mexico, the United Kingdom, Germany, Hungary and Austria.

“We are a multinational, we are in Europe, the United States and South Africa and we manufacture in Spain, Portugal and Poland,” Toledo proudly adds, which is considered a pioneer in the sector since, with great enthusiasm, he made the costumes for the Spanish series “Isabel” .

Remember that at that time, “few directors and actors wanted to make series for television, now all of them,” says Toledo while recalling that they have participated in series such as “Elite”, “Vikings”, “The Bridgertons”, “Lady’s Gambit “,” La Casa de Papel “or” Peaky Blinders “.

Peris have come out very recognized and award-winning costumes such as the French film “The promise at dawn” (2017) that won the César for the best costumes in France or “Mulán”, nominated in recent Oscars for a wardrobe that the German based in Spain, Bina Daigeler, also responsible for the series “Mrs. América”, nominated for an Emmy for the costumes.

Among the latest projects is “The Empress”, a six-episode series about Sisi’s arrival at the Vienna court.