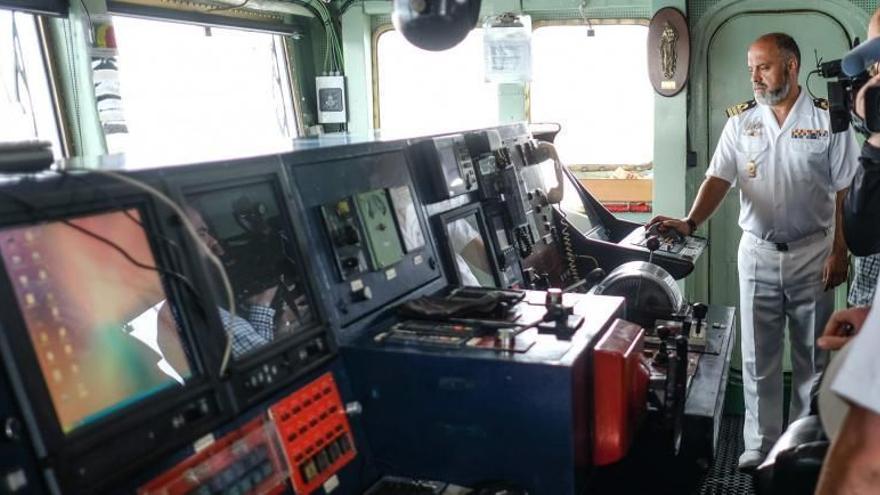 The oceanographic ship Hespérides has had to cancel its participation in the Antarctic campaign for a coronavirus outbreak that has affected up to 60 percent of its endowment, despite the efforts made to turn the ship into ‘Covid free space’, with prior quarantine and PCR tests.

Military experts tell Europa Press the case of Hespérides as an example of how the virus can spread in a closed space that was supposed to be safe from the pandemic. On December 30, the ship left the port of Cartagena with a crew of 58 apparently ‘healthy’ people. And just four days later, it already had four positives, which increased to a total of 35.

The Hesperides He planned to participate in the campaign that takes place every year in Antarctica and brings together the military and scientists. Given its particular characteristics, the Antarctic Polar Committee drew up a strict protocol to carry out its mission despite the pandemic.

Following these criteria, the entire crew of the ship, still on shore, carried out a PCR test and immediately afterwards underwent a period of quarantine. Behind the, a new PCR test was performed before shipping.

Despite these guarantees, the alarm went off only three days after leaving when a member of the crew presented symptoms compatible with the coronavirus. On January 3, the existence of an outbreak on board had already been detected, with four infected.

The Hesperides He then decided to head to Las Palmas for the treatment of the sick, isolation and surveillance of all those who had been in contact with them. In addition, an antigen test was performed on the entire crew at the port, which revealed six new positive cases.

Shortly afterwards, a new PCR test and the positives increased until they reached 35, just over 60 percent of the allocation. Despite initial efforts to control the outbreak, the Ministry of Science and Innovation and the Navy finally decided to cancel their participation in the Antarctic campaign.

The vessel He stayed in Las Palmas for a total of 24 days until the Defense Preventive Medicine Institute considered the outbreak over, when he left for Cartagena to prepare for other national campaigns to be carried out in the coming months.

AN ENTRY IN THE ICU

First sergeant Francisco Rodríguez Sánchez remained in the Canary Islands, who remains admitted to the ICU of the Hospital de Gran Canaria Doctor Negrín, to whom he dedicated a few words this Thursday on new Chief of Staff of the Navy, Admiral Antonio Martorell, during his inauguration.

Also the Defense Minister, Margarita Robles, revealed that he had spoken by phone with the wife of the first sergeant that same morning and asked for an emotional memory of all the victims of the coronavirus, especially those who belonged to the Armed Forces or were part of its civilian personnel.