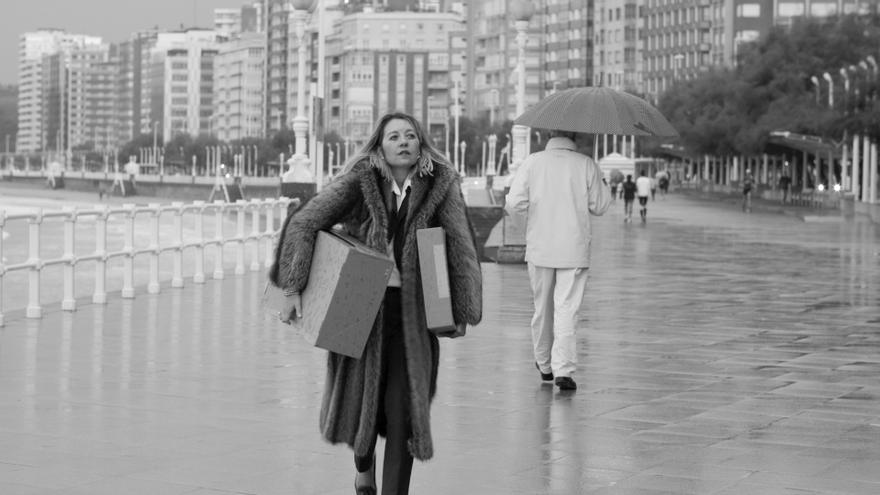 María and Leonor, mother and daughter, live in Gijón and are about to become homeless. Electricity bills go unpaid, food empties from the pantry, and every minute that passes is like a countdown to poverty. This is the chronicle of the announced eviction of two women in a Spain that prefers to look the other way.

The planet, debut feature by the artist Amalia Ulman, has been one of the surprises of the Retueyos official section of the 59th Gijón Film Festival. It is an ingenious feature film with tints of tragicomedy, black humor and sorority that could recall the manners that beats in certain films by Pedro Almodóvar. Since, like the La Mancha director, he does not recreate so much in the conflicts of the characters as in his efforts to move on and appear normal in a world that does not smile too much at them.

Ulman’s story is not limited to recounting the life of a family without resources, but uses this context as a shuttle to tackle other problems derived from them, such as classism in which social circles, latent machismo both in the workplace and in the on staff or even lack of affection. It is, in short, a very complete intimate portrait of what it means to be two precarious women who, curiously, are also mother and daughter in the real world.

“Working with my mother was very good, because as she knows a lot about cinema, she brought her own references of actresses and we could talk from you to you in the project,” says director Amalia Ulman in an interview with elDiario.es in a downtown hotel of Gijón. It is a complicity that is also transmitted in certain scenes of the film, such as when both have to sleep together because they do not have heating and that is the only way to be without freezing. Despite, of course, the usual fights over who takes up the most space in the bed. But the real fight is not between them.

In the book Caliban and the Witch, the author Silvia Federici points out that in capitalist society the body is for women what the factory is for male salaried workers: the main terrain of their exploitation. For this reason, the poverty of women is rooted in a series of situations that would not exist if it were not for their gender. And this is also represented in Ulman’s film.

The first scene of the film is a declaration of intent. Leonor appears, sitting in a bar, and suddenly a character played by Nacho Vigalondo arrives. At first it is not clear what he intends, but little by little it is discovered that they have really arranged to agree on sexual services. “What’s up man. Let’s see, I’ll tell you: here what he takes is 20 euros for sucking it and then from there he calculates,” says the man, indignant after hearing that they wanted to charge him 500 euros a night. “There is a book that I want to buy for 19.99 and I thought I do not know if it is worth sucking for a book,” she replies. “It is sad that even the generation of Leo is forced to do sex work, and that even after being a person who has had studies and who has grown up in a first world country like Spain. It is like coming face to face with reality. “says Ulman.

A reality that is sometimes also hidden. María, for example, refuses to go to the social centers to seek help because that would mean accepting that she is not “middle class”, as most citizens define themselves (even those of the upper class), but poor. Instead, he chooses to deplete a credit card balance knowing that the subsequent charge will be impossible to assume. “They don’t accept it. I also think it’s out of a survival impulse to think: ‘well, let’s see if something happens and we can stay for another day,'” says Ulman.

The protagonists also collide with a wall on another plane: the affective one. Leonor at one point in history begins what seems like a relationship that, for certain reasons, does not end in the best way. Meanwhile, her mother misses her cat while watching her videos on her mobile, with the helplessness of wanting to caress a body but touch a screen. And, like other film elements, the animal is real too. “Her name is Olga and she has been my cat since I was 16 years old. But since she is old, we couldn’t make her fly to Spain from the United States,” laments Ulman, born in Argentina and raised in Gijón but currently living in New York.

In several scenes of the film, something that seems like a simple anecdote flies overhead but that actually has several implications. While the two protagonists are looking for what to eat on the radio, they announce that the filmmaker Martin Scorsese has been chosen to receive the 2018 Princess of Asturias Award. The act, as usual, is accompanied by a ceremony in style with the visit of the kings of Spain and hundreds of people with red and yellow flags. An exaltation of homeland that, precisely, contrasts with the republican demonstration a few meters from the Campoamor Theater in Oviedo where the awards are given.

“It is a contrast that shows how the population is distracted by celebrities to make up that everything is going wrong. It is also a reflection of that post-industrial Asturias from the 90s and 2000s, now more focused on tourism and service,” he says the director, who highlights that they have not received any help from Asturias or Spain to make their film. “I think a lot of people were scared, because as it was not a purely tourist film, they didn’t know how strong it was going to be,” he observes.

Still, even with so much government skepticism, the local audience who saw the film at the Jovellanos Theater ended up standing up and applauding. “It is a bittersweet love letter from this city that I love and have suffered. An honest vision that I love that the people of Gijón have known how to appreciate”, says the filmmaker who grew up in the Cimadevilla neighborhood and who, among other things, has also had to deal with the smell of galipote on the beach of San Lorenzo. “When it appeared in the film, the public ended up laughing because, well, we all know that this has happened,” the director concludes.