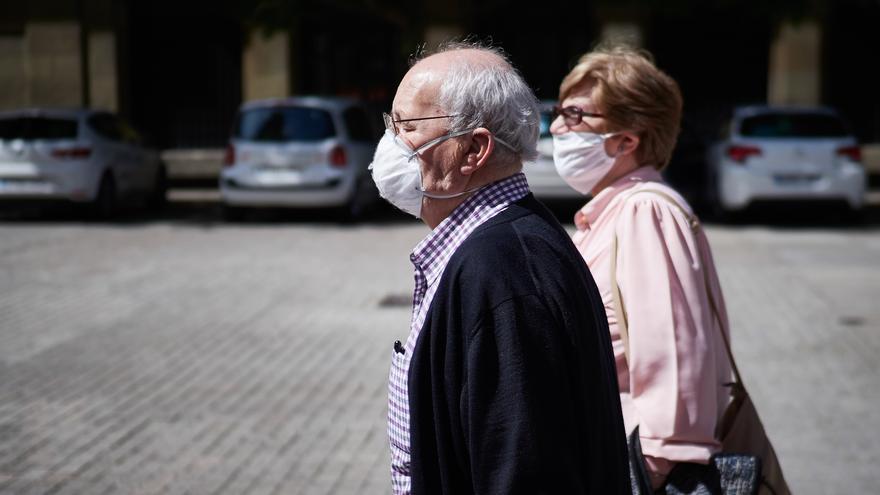 COVID-19 has multiplied its devastating effects on health, having combined with the epidemic of chronic diseases that the world suffers. An epidemic worsened by the failures of the public health systems in charge of eliminating the risk factors that exacerbate them, such as smoking or obesity. COVID-19 is a syndemic that combines the infection of the new coronavirus with the expansion of other pathologies in a kind of Perfect storm against health, according to a recent macro study published in The Lancet.

The research, which has analyzed 286 causes of death, 369 diseases and 87 risk factors in more than 200 countries, including Spain, concludes that, during the last 30 years, a land has been fertilized in which, now, the COVID-19 has been able to multiply its harmful effects: populations are living longer and longer, but the health of those older people is not increasing at the same rate. They suffer from more chronic diseases such as diabetes, ischemic heart disease or chronic kidney disease. The factors that favor them are not sufficiently tackled. “Although the control of community transmission of SARS-CoV-2 and the protection of the most vulnerable must be addressed, success will require a strategy that addresses the interaction of the virus with non-contagious pathologies and social inequalities,” the publication adds.

What is deteriorating health?

The parameter review you publish The Lancet shows that there are ten major diseases that are causing people to lose health. And six of them affect older adults: ischemic heart disease, diabetes, stroke, chronic kidney disease, lung cancer, and old age deafness. The study estimates that the years of healthy life lost either through illness, disability, or premature death due to heart disease have grown 50% since 1990. 148% from diabetes, 32% from stroke, and 62% from lung cancer.

Spain enters fully into this field since the main causes of death in the country are precisely heart disease, stroke, diabetes and lung tumor in addition to Alzheimer’s, according to data from the National Institute of Statistics. The rest of the pathologies indicated by the magazine are AIDS, musculoskeletal disorders, low back pain, and depression.

One of the evidences that the current COVID-19 pandemic has already left is that the infection is especially lethal in people with previous pathologies such as those outlined. “Non-communicable diseases have played a key role in the number of more than a million deaths caused by COVID-19 to date,” reflected Dr. Richard Horton, honorary professor at the School of Hygiene and Tropical Medicine at University College. London and publisher of The Lancet.

The study has looked not only at the diseases themselves but also at the risk factors that have favored the global expansion of all of them: from smoking to air pollution. In Spain, the main risk factor in terms of the number of attributable deaths is hypertension with 72,000 attributable deaths in 2019. Then there is tobacco, with 69,900 deaths, hyperglycemia with 54,400, risks connected with diet with 42,900 and obesity with 42,000 deaths, according to the study.

In this sense, European Environment Agency estimated that 400,000 were produced premature deaths in Europe attributable to air pollution. Some studies have established relationship between the severity of COVID-19 cases and the areas with the worst rates of diesel pollution.

The authors, whose research has been funded by the Bill and Melinda Gates Foundation, say that a very effective way to prevent all these illnesses that undermine health is “the modification of risk factors, whether environmental, behavioral or metabolic.” . In this sense, the teacher of the Institute for Health Metrics and Evaluation (IHME) of the University of Washington, Emmanuela Gakidou, adds that “governments should collaborate globally in initiatives to make healthier behaviors available to all.” The researcher does not limit herself to thinking about information campaigns about the damages that these risks entail: “It is not enough. When there is a significant risk to the health of the population, such as obesity, it may be necessary for the government to adopt coordinated measures through regulation, taxes and subsidies ”.

Hypertension, excess blood sugar, high body mass index, alcohol consumption and particle pollution are increasing at a rate of 0.5% annually around the world, they explain. In Spain, the last tobacco regulation that came into force in 2011 managed to lower daily consumption to 29% of the population, although the latest survey by the Ministry of Health showed that there is a rebound in the habit to 34%, plus than when the law was passed. Regarding obesity, a quarter of the population has this problem and the growth rate is accelerating. “Most of these risk factors are avoidable and would bring huge socioeconomic benefits,” said Christopher Murray, director of the research.

Failures in the health system

Researchers have concluded that public health systems, by failing to reverse the risk factors that exacerbate disease, “are leaving populations vulnerable to medical emergencies such as COVID-19.” The truth is that public health has suffered a neglect by health managers, at least in Spain, which the new coronavirus pandemic has highlighted. Now demanded to the fullest, Public health policies have been the great forgotten for decades.

Every year since 1988, Public Health services in Spain have received, on average, 1.1% of all health investment, according to the Survey of Public Health Expenditure. In 2018 (the latest consolidated accounts), the entire National Health System, between autonomous communities and the central government, dedicated 798 million to these programs, 1.1% of total spending. The State invested 101 million (16.2% of the budget of the Ministry of Health) and 684 million the autonomies that have the most powers (1% of their health budgets).