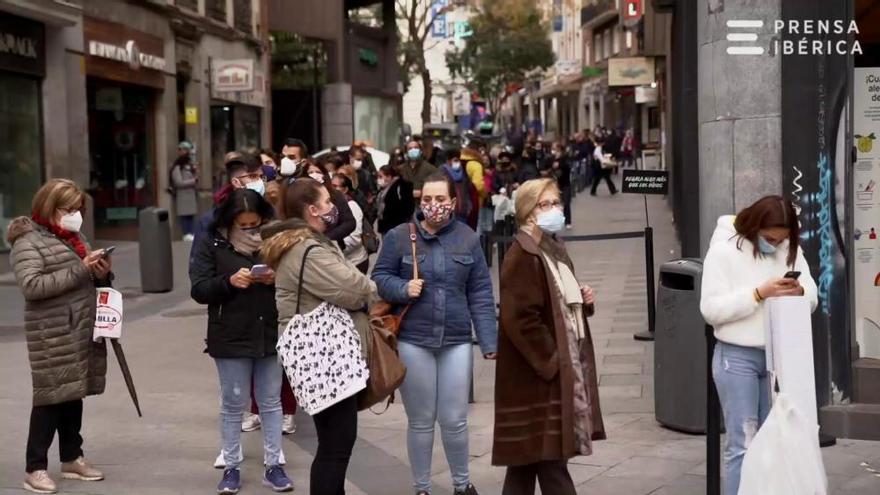 Mrs. Manolita has distributed 'El Gordo' of the Christmas lotterys and sells throughout the year more than 80 million tenths. For him christmas giveaway This year the tenths related to the dates of the coronavirus crisis are the most requested.

1. Manuela de Pablo, better known as Doña Manolita, was one of the founders of the administration, along with her three sisters, in 1904.

2. At first, it was not very popular. His main clients were students of the Central University of Madrid. However, his fame later spread throughout the city.

3. You were not always in the same place. Lottery Administration changed headquarters several times throughout its history, the last one very recently. In 1904 he opened an office in San Bernardo, in 1931 he moved to Puerta del Sol and then the administration moved to number 31 of Gran Vía. Since 2011, it is at number 22 of Calle del Carmen.

4. Kept open in the Civil War and the administration endured the bombings of 1937, although the shop windows were destroyed. That year he lost 95% of the clientele.

6. Astronomical figures: during all these years it has distributed more than 80 jackpots during the Christmas lottery. It is estimated that each year it sells a total of 70 million tenths.

7. The most famous Lottery administration in Spain has even been mentioned in literary works and songs of famous Spanish interpreters like Joaquín Sabina, in his song 'In the shadow of a lion' (1986), or Concha Piquer, in 'Mañana sale' (1958).