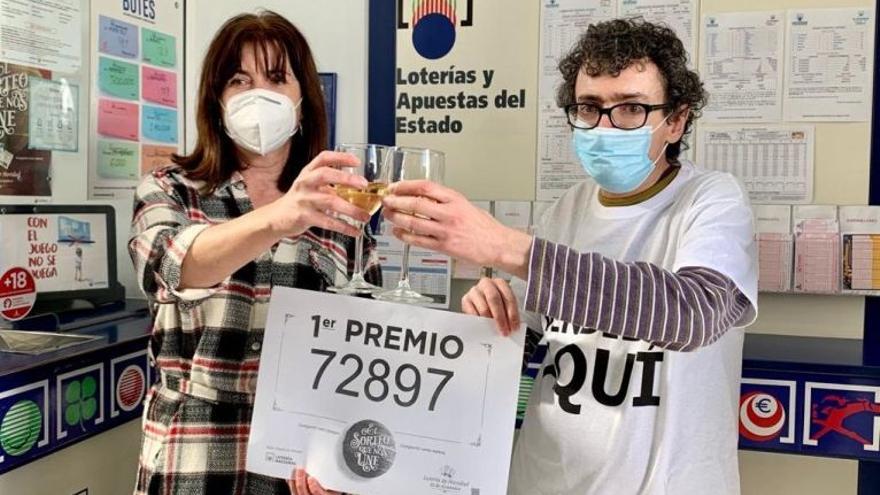 A total of 1,944,000 euros has left the Christmas lottery in the Canary Islands in six great prizes, including the Gordo, and of that total figure slightly more than half, 1,092,000 euros, have been distributed in the Chasnera de Granadilla gas station, where they have touched four awards.

Tenerife It has been the most graceful island with 1,350,000, Lanzarote sum 406,000 euros, while in Gran Canaria they keep 152,000 euros. Fuerteventura is satisfied with 30,000 euros, corresponding to five tenths already La Palma only one last tenth of the last fifth prize to come out, 6,000 euros.

Eight of those tenths were sold in the Granadilla gas station, two tenths in Arico, another in Las Palmas de Gran Canaria and another in Porís de Abona, in Tenerife.

The first fifth prizes of this 2020 Christmas raffle They got up early in the Canary Islands and two of them had already left part of their cargo on the islands when half an hour had not yet passed.

At 08.18 hours he left 86,986, which was sold in places like Granadilla (at the gas station, of course), Pajara, The Gran Canarian palms, Teror, The lagoon, Arico, The Realejos and Cross port.

More than an hour later, at 09:42, another fifth, 19,371 repeated administrations in the Canary Islands, and a tenth fell in Cruz Santa, Los Realejos, and another in the Granadilla gas station, 12,000 euros in total.

At the last minute, with the draw about to end, the last of the fifth prizes appeared, which watered the islands with 33 tenths, 198,000 euros widely distributed, with Santa Maria de Guía, in Gran Canaria, as most graceful town, with ten tenths.

This last award visited again two already graceful administrations, that of the Granadilla gas station, of course, where five of the six awards that have smiled on the islands have fallen, and that of Cruz Santa, in Los Realejos, which has taken three fifths.

Fuerteventura it is satisfied with 30,000 euros, corresponding to five tenths of two fifth prizes, and to La Palma only one last tenth of the last fifth prize to come out, 6,000 euros.

Results of the Primitiva of Thursday, August 5, 2021