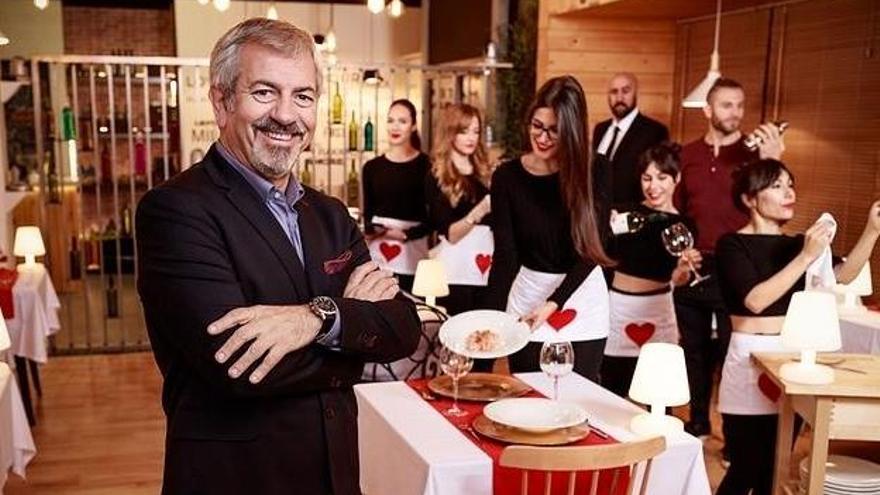 Christmas Eve and Christmas become two special appointments and, for television networks, two key moments to win over the audience. The uniqueness of this 2020 has not prevented the Christmas spirit also invades the television grid with gifts in the form of music, humor and, above all, entertainment.

Music becomes the common thread, this year, of the Christmas programming of Radio Televisión Española, which, after the draw for the Christmas Lottery, starts with his classic 'Telepasión' and with his musical specials starring great artists from the Spanish music scene.

The first stop will arrive on Christmas Eve with 'Telepasión', which this year celebrates its 30th birthday with a guateque in which chaos will reign. Presented by Florentino Fernández, Alaska and La Terremoto de Alcorcón and directed by José Luis Iborra, the classic program of La 1 will make sing and dance to more than 80 well-known faces of the chain such as Cayetana Guillén Cuervo, Boris Izaguirre, Pepe Rodríguez, Jordi Cruz , Raquel Sánchez Silva, Lorenzo Caprile, Nieves Álvarez, Anne Igartiburu, Ramón García, Paco Lobatón or Ion Aramendi, among others.

After 'Telepasión', they will be Pablo Alborán, Raphael and Vanesa Martín who continue to put rhythm to Christmas Eve with their musical specials. The man from Malaga will present his latest album, 'Vertigo', and will share the stage with Malú, Israel Fernández, Diego de Morao, Lolita, Amaia and Camilo.

For his part, Raphael will celebrate his 60th anniversary in music with 'Raphael 6.0', marked by performances with Manuel Carrasco, Pablo López, Andrés Suárez, Antonio José, Rozalén, Luis Fonsi and Vanesa Martín, who will star in 'Fly with me' and duets with India Martínez, Manuel Carrasco, Rosario Flores and Pastora Soler.

He humor and solidarity will come from the hand of the 'Gala Inocente, Inocente', presented by Anne Igartiburu, Juan Iturriaga, Jacob Petrus and Carolina Casado. A classic on the night of December 28 that this year will dedicate the proceeds to children at risk of poverty and social exclusion and will have the footballer Joao Félix and the singers David de María and Dioni, from Camela, as the main victims of the innocent.

As a novelty, Josie, the revelation of the latest 'MasterChef Celebrity', will put the touch of style with 'Rasé Christmas', a special for RTVE Digital in which the fashion designer will propose the perfect look and treatments to shine on this particular Christmas.

Atresmedia and its contests dress for the occasion

The contests, one of the flagships of this year for Atresmedia, become the main gifts with which the audiovisual group wants to conquer the audience. While RTVE 'attacks' with 'MasterChef Junior' and the special 'MasterChef grandparents', which will broadcast on December 25, Atresmedia raises its swords with the final of 'La Voz Senior' and the semifinal of 'Your face sounds to me'.

The purely Christmas touch will be put, on the one hand, by the specials on the 24th of 'The wheel of luck' (also the 25th), 'Boom! and 'Now I'm falling!' on Antena 3 and, on the other, the celebration of the 'Invisible Friend' of 'Zapeando' for the 24th on laSexta.

Along with this, Antena 3 will broadcast its classic 'The best of each house', a special for Christmas Eve that will review the 50 funniest, most shocking and surprising images broadcast on the chains of the Atremesdia Group in this particular 2020. Meanwhile, laSexta will use the humor of the monologues of Santiago Segura and Agustín Jiménez on 'Nochebuena Segura'.

Finally, its thematic channels (Neox, Nova, Mega and Atreseries) will broadcast Christmas movies as well as special chapters, dedicated to Christmas, in their most emblematic series and spaces.

Mediaset: from 'First dates' to 'The Last Supper'

Like Atresmedia, Mediaset has also put, in these weeks, the Christmas touch to its daily magazines such as 'It's already noon', 'Save me', 'Socialité' or 'Everything is a lie' and now has his special programs in his bedroom (own production) for the days of Christmas Eve and Christmas.

Telecinco's particular culinary talent, 'The Last Supper', will have its Christmas special on 24 after the good reception of its first edition, created and issued during this pandemic. In this second installment, presented by Jorge Javier Vázquez, it will be the teams made up of María del Monte and Toñi Moreno, on the one hand, and Santiago Segura together with Paz Padilla, on the other, who will fight in the kitchen to achieve the approval of the jury, formed by Miguel Cobo and Begoña Rodrigo, and the diners (collaborators of 'Sálvame').

Four will bet on one special edition of 'First Dates' with the most romantic and surprising moments of the program for Christmas Eve and another, on Christmas Day, with a program that will pay tribute to those people (who will be the protagonists of the appointments) who have had an outstanding work during the toughest moments of the pandemic.

Carlos Sobera will do a double with 'First Dates' and 'Verte a ver', which will offer a special, the same 25, with Falete as the protagonist of an emotional surprise. Finally, the thematic channels of Mediaset (Factoría de Ficción, Boing, Energy, Divinity) will broadcast special chapters of production series her own as 'Aída' or 'La que se avecina' as well as Christmas-cut movies.