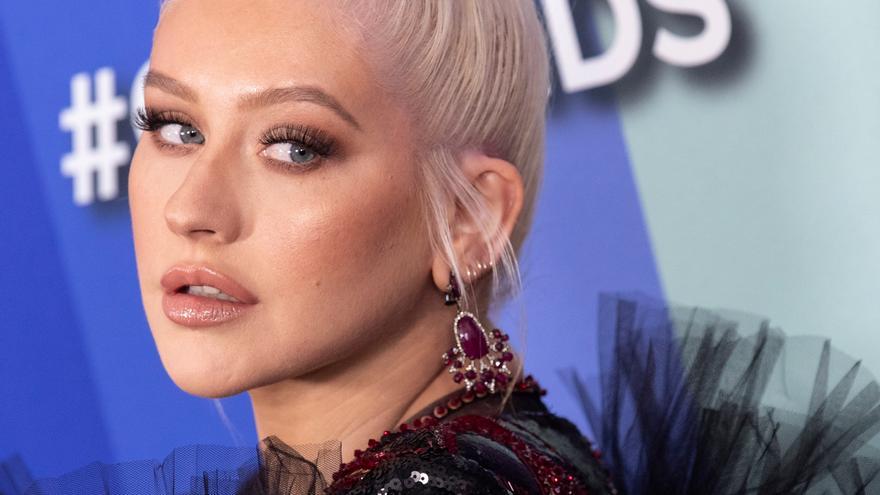 Christina Aguilera has released this friday finally 'The force', his first album in Spanish since 2000 when he released 'Mi reflex', his debut in this language, with which he paid attention to his roots as Ecuadorian daughter.

The album, available now on all digital platforms, is an EP of 6 songs which includes well-known songs such as the ballad 'Somos nada' or, above all, 'Pa mis chicas' together with the female stars of Latin urban Nathy Peluso, Nicki Nicole and Becky G.

To the same genre belongs the song 'Holy', of which this week he offered a preview, and which includes another high-profile collaboration with the Puerto Rican artist Ozuna.

It should be noted that the American artist has also dared with the ranchera, a style to which her song 'La Reina' belongs, in which she performs a female replica of the well-known classic by José Alfredo Jiménez 'The king', which was also very popular in the version of Vicente Fernandez.

The bulk of the production of "La Fuerza" has fallen to the Argentines Rafa Arcaute and Federico Vindver. The first, awarded a grammys for the work done on the Calle 13 album "Los de back come with me", he has also been recognized with 11 Latin Grammys and has recently worked with artists such as Nathy Peluso herself, Camilo or C. Tangana.

Grammy to the "revelation artist", Aguilera (New York, 1980) became known while still a teenager with the song 'Genie in a Bottle', included in his self-titled debut in 1999. Later, with 'My reflection', he got a nomination for the Latin Grammys, another for the Grammys and won two latin billboards, among other distinctions.

In a riskier turn, with 'Stripped' (2002) and the double album 'Back to Basics' (2006) he managed to transcend the lolita image and earn more respect as a performer.

Later he tried his luck in the world of cinema with the leading role of the musical 'burlesque' alongside another song diva, Cher, ahead of the release of 'Bionic' (2010), which did not receive the congratulations of critics and audiences.

Engrossed above all in her television facet as a jury of talent contests, in the last decade her record releases have been scarce, apart from the aforementioned 'release', they were limited to 'Lotus' (2012) and they have not obtained the commercial income of previous works either.

Aguilera is scheduled to offer two concerts in Spain this summer, one on June 22 within the Diversity Valencia Festival and another on June 25 as part of the Majorca Live Festival.