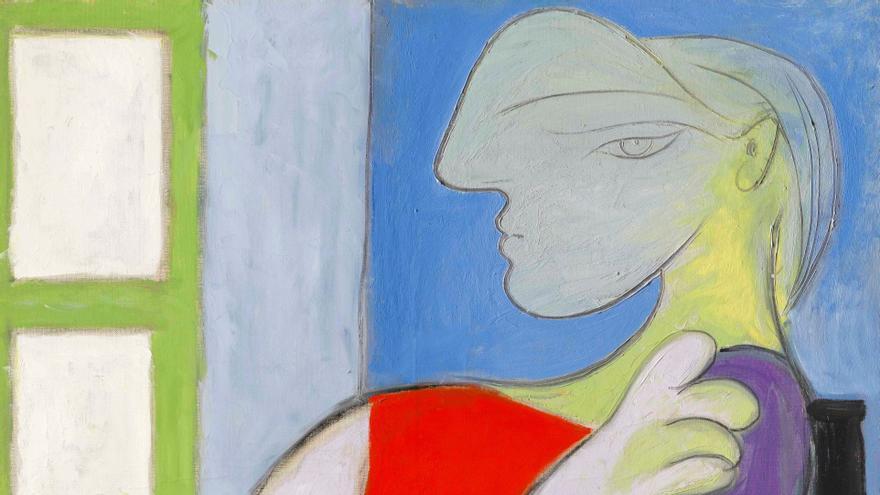 New York, Apr 6 (EFE) .- A monumental portrait painted by Pablo Picasso of his muse and lover Marie-Thérèse Walter will be auctioned on May 11 in New York, where it is estimated that it could fetch 55 million dollars.

The piece, "Femme assise près d'une fenêtre (Marie-Thérèse), 30 October 1932 (1932)," is almost five feet high and 1.14 meters wide, and will headline Christie's prominent auction of art from the 20th century, the company reported in a statement.

In the curvilinear cubism painting you can see a Marie-Thérèse, who met Picasso at 17 years of age when the painter was 45, sitting in a black chair in front of a window, dressed in red and green, and her limbs painted lilac.

One of the reasons that make the painting attractive is the date, since it was produced in October 1932 at Picasso's Château de Boisgeloup, in Normandy, and is part of a series of portraits of Marie-Thérèse that were exhibited at the shows "Picasso, 1932: Love, Fame, Tragedy", which in 2017 and 2018 was seen at the Tate Modern in London and the Picasso Museum in Paris.

In 1932, known as Picasso's "year of wonders", the artist created more than 100 pieces, many of them representing his young lover, who on most occasions appeared naked or partially clothed.

"As one of the most groundbreaking and influential artists of the 20th century, it is more than appropriate that this exceptional painting heads the inauguration of the new format of the 20th century art evening sale," explained the co-director of the Department of Christie's 20th Century Art, Vanessa Fusco.

Fusco refers to the recent change announced by Christie's, which revealed that starting this year it would replace its traditional auctions entitled "Impressionist and Modern Art" and "Postwar and Contemporary Art" with "Art of the 20th Century" and "Art of the Century. XXI ".

The painting goes on sale after a decline in sales of major works of art at auction during 2020.

According to figures from the specialized medium Artnet, the sale of works at auctions fell by 25% last year, although the most affected sector was Modern and Impressionist Art, where sales of pieces of more than 10 million dollars fell by 41% . EFE