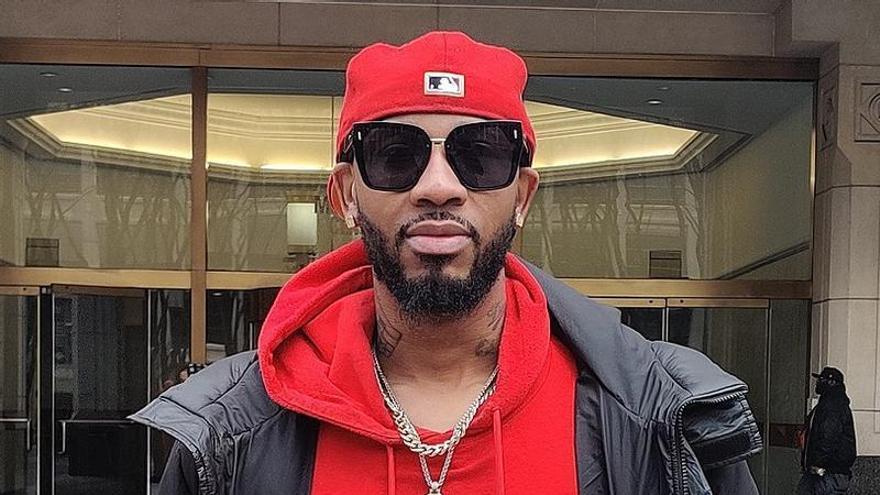 Two hours after mounting a strike outside the JFK8 warehouse that Amazon has in Staten Island (New York), Chris Smalls received a call from the company where he had worked for five years. He was fired. This supervisor had dared to organize his companions. It was March 30, 2020, the COVID-19 pandemic was also devastating the American population, and the workers were claiming amazon masks and to disinfect the facilities. Until the day before the protest, the company did not even do temperature checks at the warehouse entrance. "It's scary working at Amazon right now — it's do or die," Smalls told CBS Money Watch at the time.

The organizers counted 50 workers. The company said there were no more than 15. He could have stayed there, but Smalls' dismissal caused a wave of information. Amazon sent a statement justifying his dismissal because the convener had not respected the social safety distance. “He was asked to stay home on pay for 14 days. He put the safety of others at risk,” said the company, which also accused him of having had “close contact” with a worker confirmed with COVID-19.

Smalls denounced that Amazon had quarantined him to end the strike and that he was singled out after demanding that management disinfect the warehouse and be more transparent about the number of workers who were sick. New York Attorney General, Letitia Jamesdescribed the dismissal as “shameful”.

“They are not going to stop me. I will keep fighting. It is an embarrassment for them, ”she pointed out to vice-news the 33-year-old worker and father of three children (two twins). That day Jeff Bezos's worst enemy was born, who on July 20, 2021 traveled eleven minutes into space in a spacecraft built by Blue Origin, his rocket company.

Down on Earth, Chris Smalls spent the last year in a small tent in front of the entrance to JFK8. There he went to distribute food every week among his companions. Chicken, pizza, pasta and homemade food. They had barbecues, collected signatures to form the union and distributed free weed... "Because it's legal," Smalls explained.

His effort and that of some of his former colleagues had a long shot: None of the established and influential unions have been able to organize at Amazon. “We had nothing. We started with two tables, two chairs and a tent”, he said.

Chris Smalls approached the microphones of the media waiting for him on the street. Already as president of the Amazon Labor Union, the union that will ensure the dignity of the New York workers of the international distributor, he remembered the second fortune on the planet, according to the latest list published this Tuesday by Forbes, which attributes a heritage of 171,000 million dollars (156,027 million euros). "We want to thank Jeff Bezos for going to space because while he was up there, we set up a union," Smalls said, revealing his gold-plated teeth.

The company has stated that they are "disappointed with the outcome of the Staten Island election because we believe that having a direct relationship with the company is in the best interest of our employees." Before the approval of the first union in the company, Amazon announces that it is considering challenging the result for "the inappropriate and undue influence of the NLRB that we and others (including the National Retail Federation and the US Chamber of Commerce) witnessed in this election ".

As a trade unionist, Smalls has already shown that his style is highly unorthodox. In the early days of the mobilization, she was wearing a sweatshirt from the Congress of Essential Workers (TCEW), a labor activist group he founded when Amazon fired him. She is the origin of the Amazon Labor Union (ALU). His initials could be read on the sweatshirt with which he appeared before the media.

His uniform has been a red tracksuit, scarf and a cap of the New York Yankees, with the old stadium in Hackensack (New Jersey), an hour by bus from Manhattan. There he was born and raised Smalls, who played basketball and hoped to make it to the NBA. Until he was run over while he was working. Before Amazon, he was at FedEx, Walmart and as a cashier.

The red tracksuit will be his war suit against Bezos and the executives of a company that maintains "invasive surveillance" to control the time of workers and evaluate break times. “Who wants to be watched all day? This is not a prison. It's work, ”says Smalls, who did not forget his chains and gold bracelet on the most important day of his life, as he has recognized. "We worked, we had fun and we made history," he wrote on Twitter.

As support for Smalls grew, Amazon executives got together to turn on the fan of the crap. The fired employee had to be defamed. In a filter to vice-news The company's plans against Smalls, who was described as "neither intelligent nor eloquent", were exposed. The company's lawyer, David Zapolsky, indicated in that meeting attended by Bezos, that Amazon would always be in a position of advantage before the media, because they would explain "for the umpteenth time how we are trying to protect workers."

They also supported charging the strike organizer's conduct because it was "immoral, unacceptable and possibly illegal." According to those published notes from the lawyer, the plan was also to make Smalls the face of the union movement to beat him up.

Two years later, the National Labor Relations Board validated the result of the vote at the Staten Island warehouse of nearly 6,000 workers. The Workers Union won by more than 500 votes: 2,654 workers in favor, against 2,131 against. It will be the first and only Amazon center, at the moment, to be unionized among the 110 that exist throughout the country.

New York Times recently published an investigation on JFK8. It details dismissals by algorithm, the inability of workers who have been laid off to communicate with a human being to explain the reason for theirs. Amazon is discovered as a company that has dragged workers to despair.

For amazon, Chris Smalls and the rest of the union leaders are "thugs", and this is what the company informed the workers of the warehouse in JFK8, the largest in New York, as stated in a complaint by the National Labor Relations Board. They explained to them that they should forget to vote for a union because it would be “useless”. The complaint from that administrative body also specifies how Amazon assured its workers that a union would never be founded there and how they would attend to their claims if they did not support the union.

As reported by The New York Times, more than 60% of the workers at JFK8 are African-American or Latino. By contrast, management is more than 70% white or Asian. Black workers at JFK8 are almost 50% more likely to be fired. Excuses are often for low productivity, misbehavior, or not showing up for work.

New York is a union town. Bus drivers, police, firefighters, cleaning workers... Everyone knows someone in a union. But it has been the extreme conditions during the coronavirus health crisis that have led Amazon workers to organize. maybe the “pay them more” of President Joe Biden has also pushed.