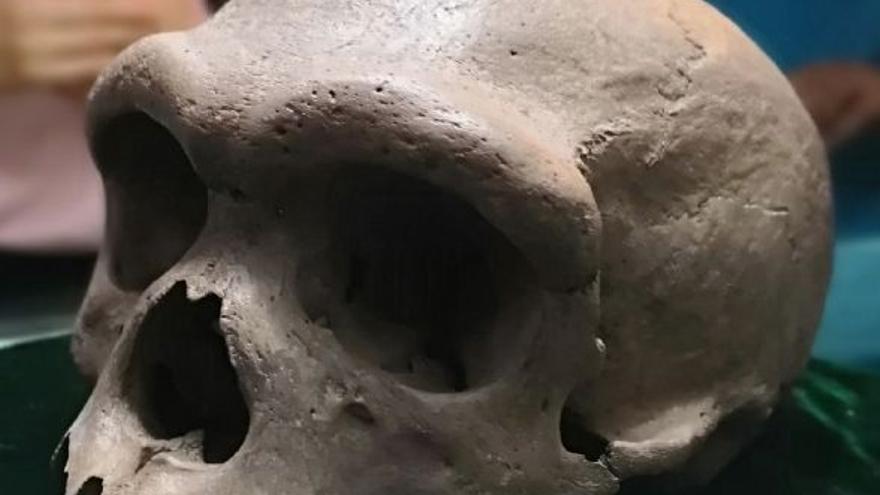 The Harbin skull, one of the best preserved human fossils in the world that has just been studied, is of the species Homo longi or ‘Dragon Man’, a new human lineage which, according to the Chinese scientists who have documented it, may be our closest relative. Another twist in complex human evolution.

The fossil It is the largest known human skull and is 146,000 years old, which places the Middle Pleistocene, one of the most dynamic times in the migration of human species. Although it was discovered in the 1930s in the city of Harbin, in China’s Heilongjiang province, the skull remained hidden (kept by the family of the man who found it) until 2018, when it was donated to the Chinese Academy of Sciences. Now it has just been studied by a Chinese multidisciplinary team and its findings, which appear in three articles, are published today in the journal ‘The Innovation’, of the group ‘Cell’.

Scientists have cataloged the fossil into a new human species which they have called Homo longi or ‘Dragon Man’ and that could revolutionize the current view of human evolution. “The skull combines primitive and derived features that distinguish it from all other Homo species,” says the professor of paleontology at Hebei GEO University. Quiang Ji, who, therefore, has decided to consider it a new species and baptize it Homo longi.

As described by its authors, the huge skull could house a brain of comparable size to modern humansalthough he had larger, almost square eye sockets, thick brow ridges, a wide mouth, and large teeth.

Scientists believe that it is the skull of a male in his 50s, who lived in a forested and floodplain environment as part of a small community and who, like the sapiens, hunted, gathered fruits and vegetables, and “maybe even fished,” explains Xijun Ni, professor of primatology and paleoanthropology at the Chinese Academy of Science. Because of its large size and the location where the skull was found, the researchers suggest that Homo longi could have adapted to difficult environments, dispersed throughout Asia, and even encountered Homo sapiens during the Middle Pleistocene.

The authors reach a second conclusion and suggest that Homo longi is one of our closest hominid relatives, even more so than Neanderthals. “Our discovery suggests that the new lineage that we have identified and that includes Homo longi is the true sister group of sapiens”, defends Ni.

Furthermore, the reconstruction of the human tree of life by these authors also suggests that the common ancestor we share with Neanderthals existed even further back in time. “The time of divergence between H. sapiens and Neanderthals may be even deeper in evolutionary history than is generally believed, more than a million years. If true, it is likely that we have diverged from Neanderthals about 400,000 years earlier than scientists thought, “Ni warns.

For the authors, Homo longi were strong and robust humans and their possible interactions with Homo sapiens could have shaped our history. “Taken together, the Harbin skull provides us with further evidence to understand Homo diversity and the evolutionary relationships between these various Homo species and populations. We have found our long-lost sister lineage,” Ni concludes.

The paleoanthropologist of the Higher Council for Scientific Research Antonio Rosas agrees that the analyzes of this human fossil can “strongly influence future research on human evolution”, since they contain “a revolutionary point, with implications in several key aspects of the evolution of the genus Homo “, he details to EFE. And although the Spanish researcher is concerned that the authors have given a lot of weight to certain facial characteristics that are considered derived in paleontology, he recognizes that morphological features The face may in fact be “primitive characteristics inherited from a common ancestor.” “Without a doubt, the debate is served”, concludes the CSIC paleoanthropologist.