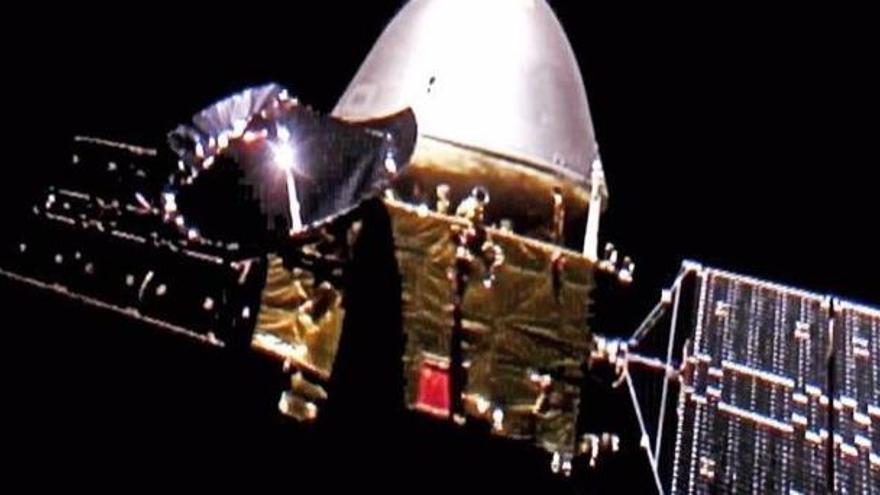 The China National Space Administration (CNSA) has published images taken of herself by the Tianwen 1 probe on the way to Mars, in deep space.

The images, whose release coincided with China’s National Day, show the red five-star flag of China on the fuselage golden orbiter, assembled to silver lander and rover in the darkness of the universe.

The Tianwen-1 flag, which weighs about 144 grams, measures about 39 cm by 26 cm, slightly smaller than a sheet of A3 paper. It was attached to the probe hull with special materials and overprint technology, the CNSA said, quoted by Xinhua.

This is Tianwen-1’s first time taking selfies. The images were captured by a gap measurement sensor installed on the outer wall of Tianwen-1. With commands from ground control on Earth, the sensor detached itself from Tianwen-1 and took a photo every second with its two wide-angle lenses. The images were sent to Tianwen-1 via Wi-Fi and then sent to Earth.

China launched the probe to Mars on July 23. It was designed to complete orbit, land and roam on a mission. The probe is expected to reach the red planet around February 2021.

Belarusian opposition, 2020 Sakharov Prize for freedom of conscience from the European Parliament