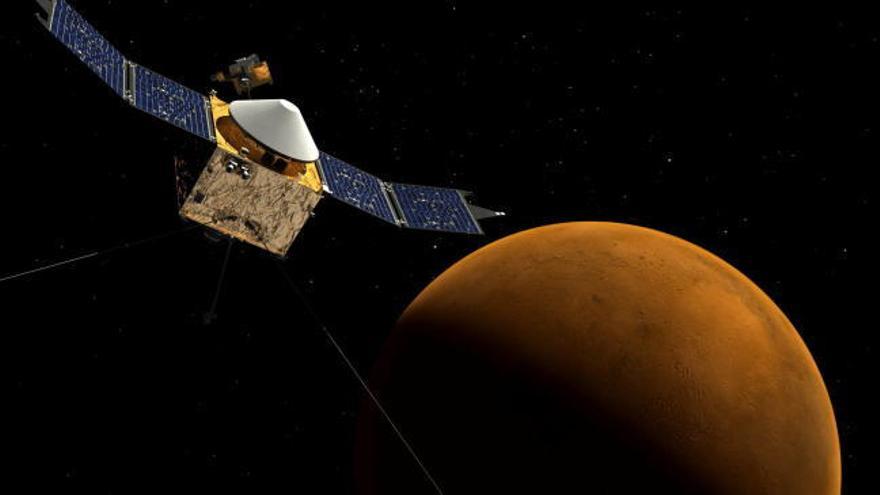 The first probe that China sent to Mars, the Tianwen-1, will enter the orbit of the red planet in February as planned, confirmed today the National Space Administration (CNSA) of the Asian country.

Upon its release on July 23, 2020, the space vehicle is already 130 million kilometers away distance from Earth and has to travel another 8.3 million to reach the red planet, where it is scheduled to land – to dock, in this case – next May.

Before reaching the Martian orbit, the plan is for the Tianwen-1, whose operation so far is “stable”, slow down your gait. Upon arrival in the vicinity of the fourth planet in the Solar System, the probe will spend between two and three months identifying the most favorable point to land on its surface.

According to the CNSA in October last year, the chosen area is the Utopia Planitia, a plain in the northern hemisphere that, for geologists, could be the bottom of an ancient ocean.

Achieving a soft landing is the most difficult part of the mission, a six to eight minute process in which the Tianwen-1 will operate autonomously.

If carried out successfully, the ‘rover’ (astromobile) carrying the probe will travel through Mars – it would be the fifth in history after the four sent by the United States, a milestone for which it is competing with the United Arab Emirates- for about three Earth months to carry out scientific tasks while the orbiter guarantees communications with our planet.

The tasks of the ‘rover’ include studies of morphology, geological structure, soil characteristics, distribution of frozen water near the surface, composition and climatic conditions of that surface or the atmospheric ionosphere, as well as analysis of magnetic fields and structure internal planet.

With a total weight of about five tons, the Tianwen-1 consists of the aforementioned parts and also a lander. Its name means “questions to heaven” and is inspired by a poem by Qu Yuan, one of the best known authors of ancient China.

In recent years, Beijing has invested heavily in its space program and, in January 2019, the lunar probe Chang’e 4 landed on the far side of the Moon, a milestone never achieved in the history of space exploration.

By 2030, the Asian giant plans to send another, larger probe to collect samples and bring them back to Earth, with its sights set on sending humans to the red planet in the future.