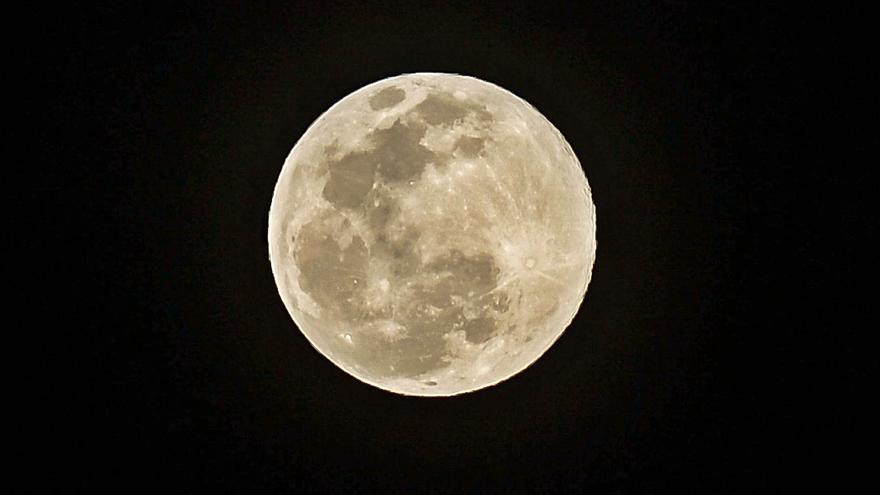 Named after a goddess who, according to Chinese mythology, lives on the Moon, the Chang’e program of the Asian power took a giant step last December after landing on the moon and bringing back samples of lunar rock under the moon. promise to share them with scientists from other countries. With support from the Maspalomas space station in tracking reentry, the unmanned Chang’e 5 probe returned on December 17 with almost two kilograms of lunar samples, making China the third country to complete this feat. after the United States and the former Soviet Union, the last to do so in 1976.

Chinese scientists explained this week in an event for the media that the material will help to know more about the satellite – for example, its exact age – and that for this they programmed the probe to drill in the north of Mons Rümker, a volcanic mound of the Oceanus Procellarum basin, on the visible side of the Moon.

It is an area that neither astronauts nor unmanned space missions have reached before.

The samples were collected in two different ways: on the surface of the Moon, thanks to a robotic arm, and underground, through a drill that drilled two meters into the satellite to obtain samples that could date from much earlier periods.

Upon arrival, the capsule was flown to Beijing, where the container cylinder with the samples was removed.

However, the deputy director of the Center for Lunar Exploration and Space Program of the China National Space Administration (ANEC), Pei Zhaoyu, admitted at the aforementioned event that the probe brought 1,731 grams instead of the two kilos expected.

“We wanted the probe to excavate for 22 hours but we stopped after 12. The scientists estimated that the amount was sufficient given the density of the rocks,” he said, although he acknowledged that “it might not be as high as we thought.”

He also pointed out that 80% of the samples will be used for research – the remaining 20% ​​will be stored – and that the country will share them “with scientists around the world” for a period of up to six months, although they have not yet been received applications from abroad.

The success of the mission has also been a source of pride: the lunar lander also displayed the Chinese flag on the lunar surface, making China the second nation to do so.

“The Moon is the property of all humanity. As a power, China has a responsibility to explore it. Other countries achieved brilliant results in their programs, but we cannot stay at the expense of the rest, ”said the official.

China’s progress in space has been viewed with suspicion by Washington, with whom Beijing has various disputes that escalated during the term of former President Donald Trump.

In 2019, an American commission assured that “the Chinese space dream” does not consist in exploring it but in “mastering it” and that it invests “huge amounts of money” for this.

Pei did not clarify how much the last mission cost, saying only that China does not restrict cooperation with any country.

Not surprisingly, it is US laws that limit its NASA space agency to collaborate directly with Beijing.

The official stressed that China has cooperated in the Chang’e 5 mission with institutions such as the European Space Agency (ESA) and, through it, with the Spanish Maspalomas monitoring station operated by the National Institute of Aerospace Technology (INTA ), who monitored the reentry of the probe.

He also collaborated with Argentina in the field of Telemetry, Monitoring and Command (TT&C), confirmed to Efe Sabino Vaca Narvaja, special representative for Commercial Promotion and Investments in China, after receiving a commemoration on behalf of the National Commission for Space Activities of Argentina (CONAE).

“The Deep Space Station in Neuquén province is awarded an award for supporting Chang’e 5, one of the most complex missions China has carried out so far,” he explained.

The diplomat hopes that Argentine scientists will be able to access the samples to study them -whether in mixed research teams or on their own- “and, hopefully, contribute to the knowledge and a greater understanding of the Moon.”

The Chinese lunar exploration program began with the launch of a first orbital probe in 2007. Later, the Asian country made its first moon landing in 2013 and, in January 2019, it managed to land the Chang’e-4 on its far side. . And there it goes: on January 8 of this year, the ANEC announced that the Yutu-2 (“jade rabbit”, named after the companion of the goddess Chang’e) explorer robot resumed operations on its twenty-sixth day. lunar to move northwest toward impact craters with high reflectivity.

The probes of the program were launched using the various series of the Long March rocket, which already successfully carried the first Chinese mission to Mars, Tianwen-1, into space on July 23, and whose arrival on the red planet is expected next may.

But the icing on the cake will be a manned mission to the Moon and the construction of a scientific base on the same satellite, although a date for this has not yet been set. The plan is for Chang’e-6 to carry out a mission similar to Chang’e-5, while Chang’e-7 will explore the Antarctic topography of the Moon and Chang’e-8 will develop “technologies key ”to build the lunar station, which provides for scientific research and mining on the satellite’s surface.

The adventure of the Drago camera

The Drago infrared camera, developed by the IACTEC-Espacio team of the Instituto de Astrofísica de Canarias (IAC) for observing the earth, will be sent into space today. The shipment will be carried out on the ION satellite carrier of the D-Orbit company (PULSE mission), aboard a Falcon 9 rocket of the SpaceX company and the launch is scheduled between 2:24 and 3:24 UTC from Cape Canaveral, Florida. , USA). DRAGO (Demonstrator for Remote Analysis of Ground Observations) is a short-wave infrared space camera for Earth observation. It will help meet challenges such as fighting forest fires and protecting the environment from the effects of climate change. IACTEC-Espacio is an integrated program in IACTEC, the IAC’s technological and business collaboration space. It has the financial support of the Training Program, under the TFINNOVA Program 2016-2021, the Strategic Framework for Insular Development (MEDI) and the Canary Islands Development Fund, and infrastructure (IACTEC building) of the Island Council of Tenerife. | Efe