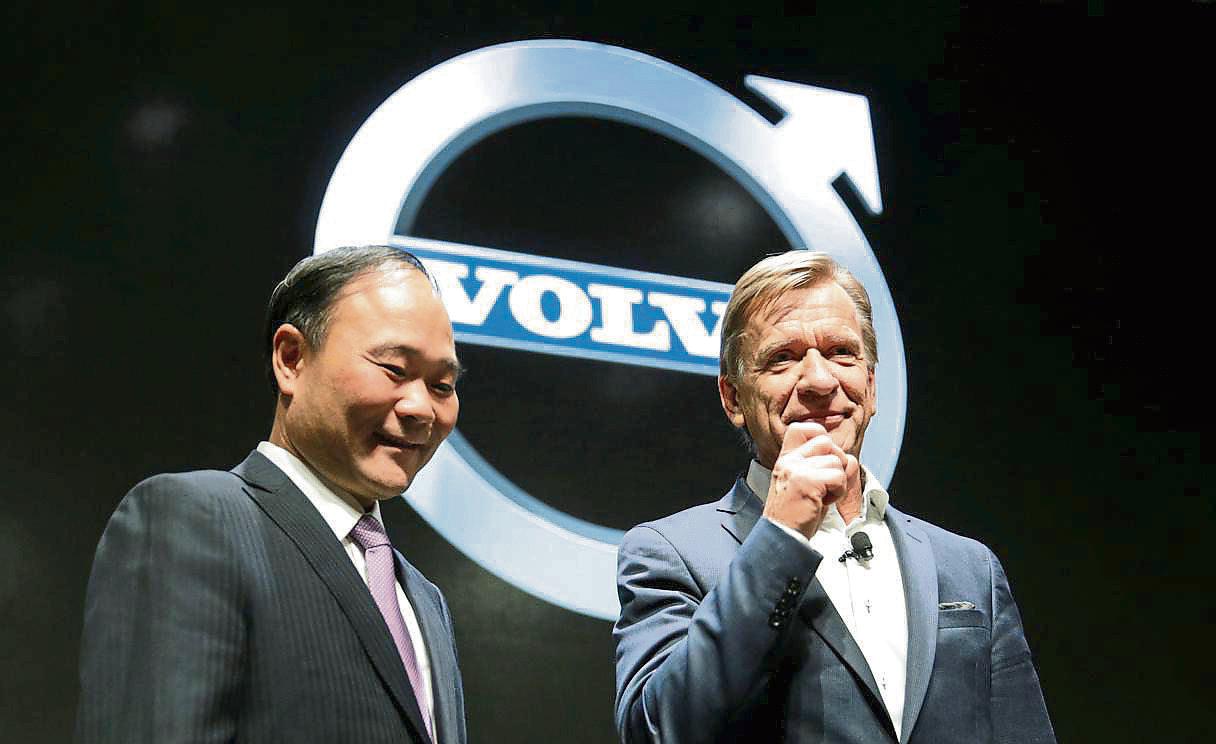 The sale from Volvo to the car China
Geely It is undoubtedly the best known example of Swedish companies that have passed into the hands of corporations of the Asian giant in recent years. But it is not the only one. The Swedish Defense Research Agency has first developed a report which focuses on the presence of Chinese capital in the Scandinavian economy, and has found that at least 65 companies have been acquired, totally or partially, by companies Chinese.

The landing began in 2002, but acquisitions accelerated from 2014, reaching a peak of 13 transactions in 2017. In total, Chinese companies have disbursed around 100,000 million crowns (about 9,500 million euros), although The three largest operations cover more than 70% of this figure. The car manufacturer Geely is the main Chinese investor in Sweden, having allocated about 4.8 billion in Volvo in two operations, the first in 2010 to buy 100% of Volvo Cars, and the second last year, when it was made with the 7 , 86% of the Volvo Group, becoming the first shareholder. It also appears in the top
3 of operations the acquisition of 9.5% of Spotify by the technological holding company Tencent, which has invested 2,000 million euros in the Stockholm company.

But these two large Swedish corporations are followed by a list of dozens of small businesses under Chinese control, mainly from the biotechnology, industrial products, information and communication technologies, electronics and automotive sectors. “Around half of the acquired companies operate in the technological areas included in the industrial plan designed by the Chinese State, called Made in China 2025,” explains Johan Englund, one of the authors of the report. "We have not investigated how the Chinese government is involved in these operations, but we do see that there is a correlation with state interests," he adds.

In statements to the newspaper Svenska Dagbladet Jerker Hellström, an expert in China who has led the investigation, admits that some of the technologies developed by Swedish companies may be “of great interest to the Chinese defense sector,” and considers that the concerns expressed by the Swedish intelligence service about the risk of transferring sensitive technology to the Chinese army. However, he also emphasizes that "we should not suspect all acquisitions, because many can be very beneficial for Swedish companies."

In 14 of the 65 acquisitions detected – there may be more that have not been located – researchers have failed to identify who is really behind the operation. "It can be a problem for the Swedish company, given the risk of links to organized crime or money laundering," Hellström warns.

Chinese businesses in Sweden are a controversial issue considering that it is one of the most critical countries in the world with the Asian giant. 70% of its citizens have a negative opinion about China, according to a recent survey of the think tank Pew Research Center In addition, the two countries accumulate years of tense diplomatic relations, mainly around the Swedish editor of Chinese origin Gui Minhai, who four years ago was arrested in Thailand by the Chinese authorities and subsequently imprisoned in Beijing. Sweden, which asks for its release, has received threats from China on several occasions, the last two weeks ago when the Swedish Minister of Culture participated in an act of recognition to the editor.

The restaurant where it is worth queuing up | Fortune

Corn is the main self-consumption product for Mexican farmers

The Argentine Government launches a bond swap to postpone maturities