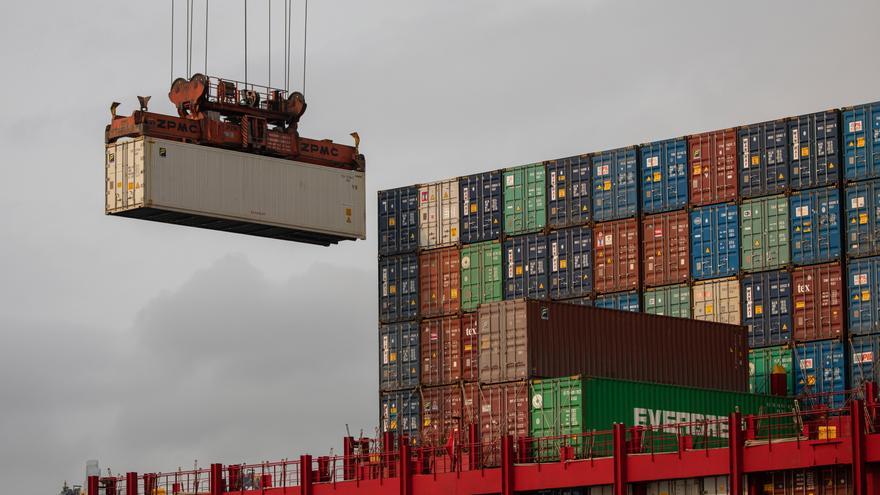 Chinese President Xi Jinping’s pretense of greatness does not bode well for the speed race to world hegemony that the leader of the world’s second-largest economy before the Great Pandemic foreshadowed. Quite the contrary. The journey through the health crisis has engendered a more precise and realistic geostrategic vision that points to an obstacle test of much higher difficulty than that advocated by Beijing with almost as many weaknesses as strong points in its curriculum as a recognized international superpower. The changes in the world order that, to a great extent, China has promoted, have ended up altering the rhythm of the fight with the United States for the leadership of the planet.

There is no doubt about the blazing muscle that China has acquired on the global scene. But his capacity for influence shows some signs of transience. One of the latter is the one just certified by McKinsey Global Institute, think-tank from the US consulting firm: China is the market that has had the greatest attractiveness for wealth generation so far this century; ahead of the US. A date, the passage of the millennium, emblematic in the recent history of the asian giant, by then formalizing its entry into the WTO, triggering its immense forward flight. In the last two decades, global wealth has tripled and China has absorbed almost a third of this appreciation.

McKinsey’s diagnosis speaks of the fact that the largest equity investments that have created wealth in the last twenty years have not been precisely the protagonists of intangible securities, such as stocks, but, paradoxically, the acquisitions of land and real estate. After analyzing the national financial balances of ten countries that hold more than 60% of world income.

Within a general climate of bonanza. “Today, we are richer than ever,” explains Jan Mischke, partner at McKinsey in Zurich and one of the authors of the study, which found that the net wealth of the planet has exceeded 156 billion dollars in 2000 to 514 billion by 2020. In this transit, China has raised its stock of wealth from the 7 trillion that it registered the year of its accession to the WTO, to the 120 trillion with which the exercise of the Great Pandemic has culminated. And it already shares with the United States another sign of identity: the inequality that takes root among the great powers. Because more than two-thirds of their joint wealth is in the hands of the 10% of their most affluent families; 68% in real estate capital.

Lights of the Great World Factory …

There is another transcendental element – also consummated during the first two decades of this century – and which grants the undisputed commercial scepter to China. This country has gone, according to the United Nations agency for Trade and Development (Unctad), from representing 1% of global merchandise flows to touching 15%. It is the only market in double digits.

There is much more data that reveals China’s superpower role. The World Economic Forum (WEF), founding entity of the Davos summit, assures that it has reinforced its world leadership through a decalogue of advances in prosperity. Among the top five, it stands out that China has just landed on the far side of the moon, with its Chang’e-4 mission; that leads Artificial Intelligence (Chinese companies hoarded patents and the Beijing regime invests billions of dollars in AI projects); that it holds a third of the entrepreneurial unicorns (startups valued at more than 1,000 million dollars); which is leading the emerging markets’ commitment to renewable energies -three of the five solar parks with the highest capacity are in China-; and that has starred in a third of the plant plantations on the planet since 2000.

Although also due to five other relevant aspects: having guaranteed, at the cost of a slower economic rhythm, a change in the growth pattern that has gone from favoring exports with cheap labor to a model based on domestic demand – household consumption. and business investment – after lifting 850 million of its citizens from the poverty line and forging a middle class of 300 million; also account for more than half of global electric car sales; while Chinese tourists conquered the world before the coronavirus epidemic – up to 160 million went abroad in 2019-; the first advances in gender equality were established, with still modest progress; and it became the great interlocutor of the BRICS, a group of emerging markets that it shares with Brazil, Russia, India and South Africa.

All of this has given China a higher exposure to the global economy. As Jonathan Woetzel, director of the McKinsey Global Institute, recalls, “due to the maturity acquired by its industry, which demands high flows of goods and services.” China is the main global exporter since 2009; fifth issuer of services abroad and in its first applicant, with a volume of more than half a billion dollars in 2018, the year in which it exceeded one hundred firms in the Global Fortune 500. In addition to being the second global investor and the first destination of direct foreign capital, while its students took over the classrooms of the most prestigious business schools and pulverized their spending on innovation: from 9,000 million in 2000 to 293,000 in 2019.

…and shadows in his geostrategic career

Jinping has been the architect of China having abandoned the Great Global Factory cartel. In the last Congresses of the Communist Party, he has influenced that his country will stop producing to export. But the difficult takeoff of the post-Covid cycle has blurred a tactic that had just been outlined in the 2021-25 Five-Year Plan and that the head of state conceived to assault the country’s triple geostrategic leap: technological, economic and military. With expenses in R + D + I in annual growth rates of 7%; containment of urban unemployment below 5.5%; promotion of the business of the New Silk Road and implementation of the Pax China inside and outside its borders thanks to its rampant weapons power, sustained by advances in AI, with which it has modernized its arsenals on land, sea and air. In particular, its hypersonic missiles, which have led several experts at the Mitchell Institute for Aerospace Studies to admit that the US may not be prepared for an armed conflict with Beijing.

The economic vision of the five-year plan broke with a tradition of decades. For the first time, it does not establish concrete growth goals due to the uncertainties that reign over the post-Covid cycle and that have worsened before the bankruptcy drums of Evergrande, the second real estate developer and valued, at the end of 2020, at more than 41,000 million of dollars. These ups and downs have put the housing market in check, which contributes 29% to the national GDP and maintains 65 million properties without occupation, while capitals such as Shanghai or Shenzhen register housing costs 14 times above the average salary in full free fall of prices.

As if that were not enough, the energy crunch Autumn is passing the same electricity bill to China as to Europe. One market, the Chinese, in which the manufacturing sector assumes 59% of its electricity demand; compared to the 25% absorbed by the US industry. This tension calls into question Jinping’s challenge for his country and its companies, the most polluting on the planet, to achieve net zero emissions by 2060, after having reincorporated coal to its energy mix and despite the verbal agreement with the United States. -in the first direct bilateral meeting with Joe Biden- to activate a global coordination against climate change.

This dialogue table with the United States has been essential not only to stop atmospheric warming, but to reduce the warmongering rhetoric on Taiwan, and redirect the risk of decoupling between the two superpowers – economic, value chains and technological orbits, with 5G as the standard – warned by Janet Yellen, US Secretary of the Treasury, concerned about the health of emerging economies and decoupling from widespread growth.

On a more positive note, Anderson Dong, a credit analyst at PIMCO, points out that the power outages and energy tensions in China are temporary and will only subtract 0.6% from growth in the current quarter. While from Fitch Rating, Grace Wu, believes that the cleaning of debt and toxic assets in the real estate sector and the banking system “is already producing its first effects”, and International Financial Analysts insists on a certain return to real estate calm after the announcement of a relaxation of the restrictions on debt refinancing for developers.