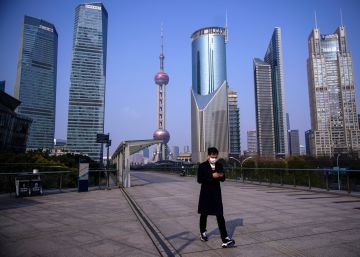 China will cut import tariffs on products worth US $ 75,000 million (68,000 million euros) by half as of February 14, the Beijing Ministry of Finance announced Thursday. The second world power thus meets the conditions of the commercial truce signed with Trump in January. Meanwhile, Washington is preparing to take reciprocal measures. The decision comes at a time of tension between the two countries after China protested the US reaction to the coronavirus epidemic.

The cut will be applied to the tariffs imposed since last September 1 on 1,600 products such as soybeans, shellfish, poultry or tungsten lamps for medical research. After this decision, the 10% rates will go to 5%, and those at 5% will be cut to 2.5%.

The announcement comes a month after US President Donald Trump and Chinese Deputy Prime Minister Liu He signed the truce in Washington trade war that both countries have been fighting for almost two years. Among other commitments, China agreed to increase its purchases of US products by some 200.00 million dollars over the next two years. But after that agreement the confrontation between the two powers grew. Beijing has accused the US of generating panic around the disease after it was the first country to ban the entry of travelers from China and also be the first to evacuate its consular staff from Wuhan, the city where the epidemic began . “The US has not yet offered any substantial help to China. What he has done can only generate and spread fear, ”a Foreign Ministry spokesman said Monday.

China now says it remains committed to the goal of eliminating all additional levies on the respective imports imposed since the trade war began in early 2018.

Beijing had already announced the cancellation of the rate increase that applied to various medical products from the United States to facilitate their importation and use them in the fight against the coronavirus, which has already killed 566 patients – almost all in China – and infected more than 28,000 people in this country.

The economic impact of the coronavirus aggravates the fear that Beijing cannot extend its purchases of US products within the required time frame. The White House economic advisor, Larry Kudlow, had stated that the epidemic, which has paralyzed the economic activity of the second world power, will delay purchases.

Since the beginning of the quarantine in a fortnight of Hubei cities, the focus of the epidemic, and the prolonged break for the lunar New Year holidays, then extended to avoid a massive return operation, the factories remain closed.

He is not the only one who has pointed out that possibility. The newspaper Global Times, controlled by the Communist Party, said that the Government of Xi Jinping plans to appeal to a clause that provides exemptions in compliance with the US truce due to force majeure – “natural disaster or other unforeseeable event beyond the control of parts ”- due to the impact of the coronavirus. The newspaper, which quotes a commercial expert close to the Chinese government it does not identify, clarifies that it is unlikely that talks with Washington about the possibility of applying that clause would not begin until the first quarter.

Analysts assume that the coronavirus, and the harsh measures China has taken to try to prevent its spread, will have an important, if only temporary, effect. Oxford Economics lowered its growth forecasts for China this year from 6% to 5.4%, although it considered a recovery likely in the second quarter.

The US Secretary of Agriculture, Sonny Perdue, admitted his country would have to be tolerant if the epidemic in China is an obstacle for Beijing to fulfill its commitments to purchase agricultural products.

The situation in Taiwan generates strong friction between China and the United States within the World Health Organization (WHO). The island is not a member of the international institution for the objections of China, which considers it part of its territory and, therefore, considers that it is already represented in that forum by Beijing.

WHO’s declaration of an international emergency due to the coronavirus epidemic in China has reopened the debate. The US ambassador to the organization, Andrew Bremberg, urged the institution on Thursday to “deal directly with public health authorities” in Taiwan in the fight against infection.

“It is a technical imperative that WHO present visible public health data on Taiwan as an affected area,” Bremberg insisted at a meeting of the organization’s executive council in Geneva. The island has banned the entry of travelers who have stepped on Chinese soil in the 14 days prior to their trip. That period is the maximum incubation of the virus.

China reacted furiously to the US suggestion, which it considered an attempt to “inflate” the situation around Taiwan’s status. “Don’t waste our time,” protested the Chinese delegate.