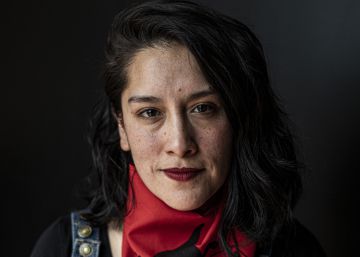 This year the country invited in the FIL is India, but none awakens as much expectation as Chile. At the stand of the Ministry of Cultures, Arts and Heritage of the homeland of Bolaño and Lastesis they distribute a plaquette Free blunt title: Furious chili. There are 36 pages in which the Editors of the Fury cooperative – which brings together independent labels such as Decontexts, Laurel, Oberol or Gol sad – gives their reasons for not sending their books to Guadalajara in a situation of "national contingency." They cannot, they say, collaborate with the institutions of a State that "has been repressive and violent against its own people, violating their human rights in full democracy." The booklet closes with the list of victims of repression until October 24 and with a statement that leads to a capital word: dignity.

It is the same one that appears on the t-shirts that Chileans wore Tuesday Pía Barros and Andrea Jeftanovic in a colloquium moderated by the Mexican Julián Herbert and in which he also participated Arelis Uribe, which wore the red scarf of the quiltro matapacos, symbol of the revolt. "Until dignity is the custom," read the shirts. As the tanks and fairs of the book are loaded by the devil, the almost Swiss forecast of the FIL – which closes the program well in advance – has meant that the Government of Piñera has ended up paying the trip to Mexico to half a dozen authors who, outrage forces, they have not come to talk about his book but to denounce the abuses of that Government.

Also in Santiago and Valparaíso the bullets were imposed on VAT as a topic of conversation in the guild. Never have so many banners been written. There has never been such a strong feeling of community in the Teleo Melees trade. Never have so many assemblies or WhatsApp groups formed. "Personal projects are on hold," Jeftanovic explained. "Perhaps a new choral literature will emerge like the one Elena Poniatowska wrote in Mexico after the killing of students in '68 in the Plaza de las Tres Culturas." Not surprisingly, Uribe had opened the act illustrating quotes from The night of Tlatololco with photos taken these days in Chile. "Hopefully in our country does not end the same, in slaughter."

The pretext for the colloquium was a reading of the work of the Mexican pioneers and in the conversation Sister Juana, Elena Garro, Poniatowska or Rosario Castellanos de Balún Canán and of Woman who knows Latin, but silence can sometimes be more eloquent than literature. “I am a feminist since I was a girl, I am very bossy and I have an answer for everything,” said veteran Pía Barros. “But the amazement had me 15 days unable to write even my name. I went to the marches to be as present as I can, but I had the feeling that the words had nothing to say. ” He lived the Pinochet dictatorship and that is why he does not like to use that term – common among his younger colleagues – to describe what is happening despite being “on the edge” and harboring a fear: that the state of siege returns.

Of course, he does not walk with hot cloths regarding his own generation: "We fail." He said it with a hoarse voice in a room crowded by an audience that, in times of overinformation, expected first-hand news of something that, provisionally, all refer to as "the outbreak." “We fail,” he repeated, “because we fight to bring democracy and then we hammock, we forget to perfect it. We thought we were the oasis of Latin America! In the seventies we attended an experiment to implement a neoliberal model that could only be imposed with a military dictatorship. Now we attend the experiment of the end of the model because it brought us neither fairness nor happiness. Ours was a sick country, but in the end the anger took away our fear. The metaphor is terrible, but Chile woke up, opened her eyes. ”

The metaphor is terrible because in recent weeks almost 300 people have suffered “severe eye injuries” caused by the shots of the carabineros. "The streets are full of one-eyed people." The same government that launched a campaign four months ago for the population to protect their eyes during the solar eclipse on July 2 is leaving their young people blind. No one knows well what name to give to what is happening because, for now, the body has taken the place of books. Even in them, naked, it is written. The government campaign, meanwhile, had some premonition. It was called Secure eclipse and he had a colorful motto: “Chile, look at your sky safely. That is in your memory, not in your retina. ” It seems that the explosion will be in both.