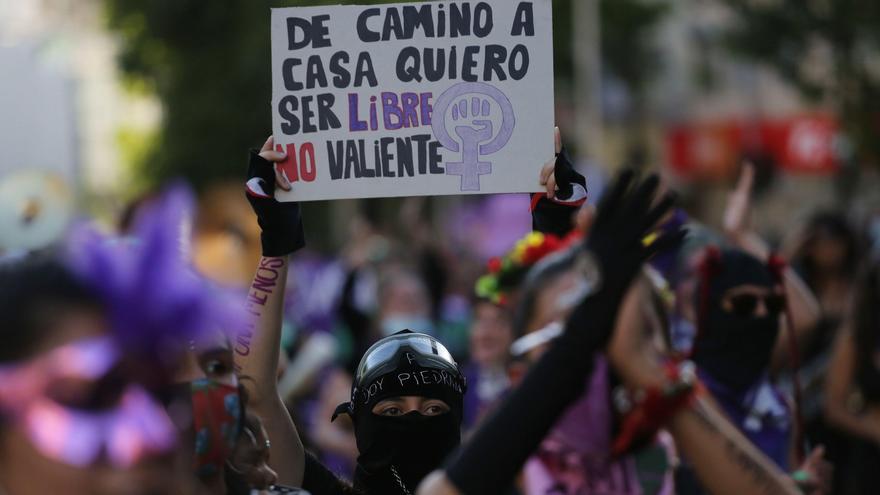 The last will be the first. The biblical quote serves to portray the fact that Chile has established, from the point of view of the production of the highest standard, a new frontier: a parity Constitution that, according to Jennifer M. Piscopo and Peter Siavelis, supposes "a innovative global standard for the political inclusion of women "and that happens despite their later arrival in the universe of affirmative measures. It only managed to pass a quota law in 2015 within the framework of the reform of the binominal electoral system (considered one of the most emblematic "authoritarian enclaves" of the Magna Carta inherited from the military regime), at a considerable distance from the pioneering Quota Law Argentina, dating from 1991.

The above is not the only contrast. The gender parity in the Constitutional Convention that Chileans chose for the most part in the plebiscite of last October 25 leads us to remember that this principle has undergone, within the framework of its recent history, a rather discontinuous trajectory. After former President Michelle Bachelet considered her for the conformation of her first cabinet in 2006, and in the face of all skeptical prognoses that alleged that "there were no women," she did not reply later during her second term, thereby disillusioning the women. women's organizations. It was able to compensate it with a gender agenda that settled important debts of the transition, both in terms of political participation and sexual and reproductive rights (with a law that regulates the decriminalization of the voluntary interruption of pregnancy in three causes: danger to the life of the mother, fetal non-viability of a lethal nature and pregnancy due to rape).

The historical milestone represented by a constitutional text written by the same number of men and women fuels the hope that its writing can be illuminated by the gender perspective. From the public debate emerges the idea that problems such as the fight against sexist violence, equal pay and parity in instances of power can reach constitutional status.

However, a time horizon of expectations for feminism that will take place between 2021 and 2022 coexists with a present where the coronavirus unleashes, implacably, a crisis with greater impacts on women at the health, economic and gender violence levels, but also in other spheres such as those of symbolic power since female public discourse is not being considered in the spaces of deliberation and opinion. According to a study carried out in six countries, only 20% of the sources cited in articles about the disease were women, despite being the majority in the health sector. For its part, a recent article by NiemanLab warns that women are being less visible in the avalanche of scientific publications on the pandemic. Finally, a special report on the underrepresentation of women in the media by the Bill and Melinda Gates Foundation to determine the extent to which women's news needs are being met in existing news coverage revealed the existence of "a substantial bias towards men's perspectives," concluding that "every woman's voice in the news about Covid19 is drowned out by the voices of at least three, four or five men." The foregoing, it is specified, would operate "in a context of effective political invisibility of women within the decision-making process related to Covid19, as well as the unique socio-economic, health and psychological challenges that women face. world level ".

Faced with the above, the Hay Mujeres Foundation has promoted the campaign # 100voices on the way to the #Paritary Constitution, summoning different women who, with historical awareness of the role that the drafting of the future constitution has reserved for them, share their hopes for alternative models of development, for a new social pact, for effective regionalization and decentralization, for a greater concern for childhood and for the "ethics of care", for dignified aging, for the inclusion of native peoples, for the right to sexual and reproductive health, for sustainability and climate change, for the appreciation of science, technology and innovation as well as for a gender balance that permeates all spaces, among the many "force" ideas expressed.

It is about knowing, while an unprecedented global viral challenge continues to impact our lives, both the expectations of Chilean women in relation to what will be the new political and social pact of the country and to face the gender disparity in the public debate of today. Initiatives that seek to promote the scientific vocation in girls and young people are useless if, through public conversation, the idea that science and, in general, the generation of knowledge, is a male affair continues to be reinforced.