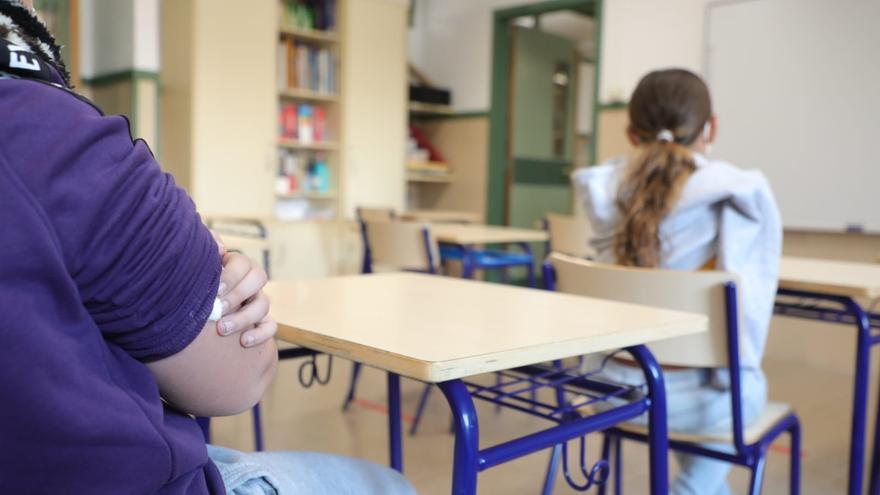 Change in the Covid protocol of the educational centers around the holidays. The Public Health Commission, which brings together the general directors of the autonomous communities and the Ministry of Health, has agreed to abolish the quarantines of contacts in schools to avoid closing Infant and Primary classrooms if there is a contagion.

Until now, the entire bubble group of boys and girls under the age of 12 was sent home for ten days when a positive was confirmed as close contacts. With the modification, it will no longer be like this: they will continue to attend face-to-face classes, it does not matter if they are vaccinated or not, and the closure of the classroom will only be considered if there is an outbreak of five or more positives "or an affectation of 20% or more of students in a period equal to or less than seven days ". Those infected will have to isolate themselves for at least seven days, following the general strategy.

For those over 12 years of age, the general protocol will be followed, which exempts vaccinated contacts from quarantine with a full schedule but obliges those who have not been immunized to do so. This differentiation, however, is not going to be done with Infant and Primary children.

The Minister of Health, Carolina Darias, avoided confirming this change after the interterritorial meeting on Wednesday that confirmed the return in person after the holidays, but announced that it was under study. It was the line of action recommended by the Alerts Report, made up of health and community technicians, and represents one more step than in the adult protocol. The Community of Madrid had already anticipated the change and had informed its educational centers.

The decision directs the schools to a greater normality in the middle of a wave of infections and also aims to respond to the reconciliation of families. The Ministry of Health ensures that the changes "are aimed at guaranteeing and promoting presence as much as possible at all educational levels" and "are adapted to the current pandemic situation, also reflecting the significant advance in vaccination in all age groups and it takes into account that school environments have proven throughout the pandemic to be safe environments in terms of virus transmission. " One in three children under 12 years of age have already received the first dose of the vaccine. The President of the Government, Pedro Sánchez, has assured this Friday, along the same lines, that it is necessary to "learn to live" with the virus adapting the response "to the current characteristics.