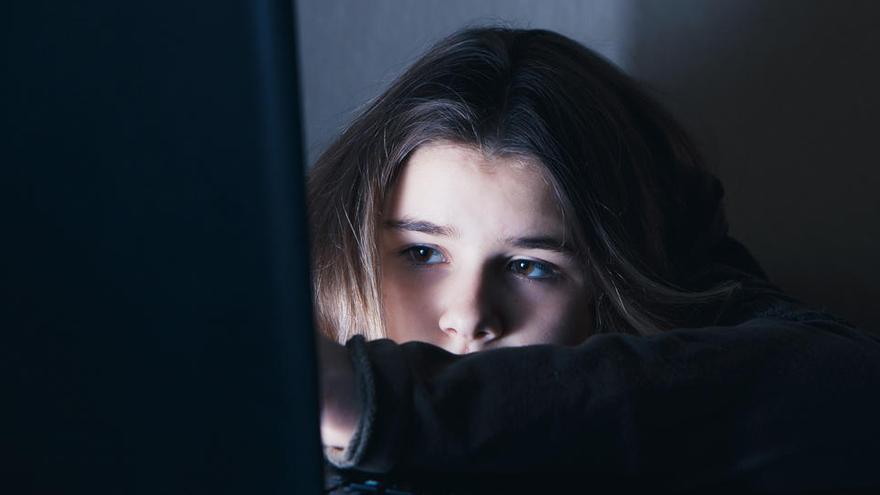 The sexual abuse children and the distribution of pedophile material on the internet has skyrocketed during the pandemic, which has increased by more than 50% in some European countries due to the increased presence in the network of criminals, but also of the victims, who interact, socialize and study more in the digital world. It is one of the other social pandemics caused by the covid-19.

Confinements have led children to video call their grandparents and friends, interact more on social networks, play with friends on platforms connected to the internet, and make educational use of the digital world, which has transferred most of his life to the virtual world, recognizes the director of Europol, Catherine de Bolle.

“It is difficult to give official figures, but the sexual abuse of children on the internet and the distribution of child sexual exploitation material has increased. We see that it grew in some countries more than 50% during the pandemic, “he adds about one of the crimes that have skyrocketed online in the last year.

From the European Police Coordination Agency in The Hague, De Bolle emphasizes that “prevention is extremely important” against child sexual abuse, so it urges the countries of the European Union (EU) to launch awareness campaigns, in which Europol itself claims to be investing, offering on its website preventive measures and educational proposals aimed at parents and staff who have children in their care.

“The prevention message is very important”, warns, about what Europol considers a “serious threat to the safety of children”, starring “sex offenders” who have found in the current health emergency a tempting opportunity to access a wider group of potential victims.

In November, a French Gendarmerie operation led to the arrest of 15 suspects accused of sexual exploitation of children online: they used social media to approach minors up to 12 years old, and induced them to share intimate photos and videos. Police identified eight potential victims and seized 1,058 illicit images.

The constant levels of activity on the deep web during the covid-19 crisis “They reflect the organized business model that has evolved and with it the level of threat it poses to children”, according to Europol, which denounces the “revictimization of children through the distribution of images and videos representing them.”

Europol has been monitoring the impact of the health emergency on crime since the beginning of the pandemic, sending intelligence reports to its members so that they know at the European level “what are the trends, how do criminals use the pandemic and how do they abuse the situation”, adds De Bolle.

“Criminals use the fact that people are afraid and want to find solutions to how to overcome this pandemic. They are using the network, and not just the dark web, to sell counterfeit products. The scammers offer fake vaccines, substandard products, medical tools or fake drugs, and people buy them, “he laments.

Regular organized groups, who weren’t used to operating in the digital world, have started using cyberspace: “They are looking for cyber specialists to help them develop their criminal business.”

Fraudulent certificates of alleged negative PCR tests for covid-19 have been detected and sold to travelers so that they can get on a plane or train, a growing requirement among many European countries to contain the spread of the coronavirus.

Last December, the Spanish National Police arrested a scammer for allegedly selling false-negative PCR certificates on the internet in exchange for 40 euros, and the Netherlands discovered a network that sold PCR statements for about 60 euros through messaging applications.

Europol also warns of the possible sale of fake covid-19 vaccines on the internet, after the World Health Organization (WHO) detected fake drugs, with a lot number and expiration dates different from those of real products.

More violence and cocaine in the EU

Europol has detected “a staggering” increase in the use of all kinds of violence, in which “in the most extreme cases, the victim is killed”. “It is a growing concern because (they are groups that) did not use violence before, it was something we saw more in South America”, but now it is also growing in the EU.

“The violence draws the attention of the police, the justice system, the authorities. Organized crime groups want to strengthen their reputation, intimidate those who refuse to cooperate with them, to give them information, “he details.

This violence has also increased in important transit points, such as the neighborhoods surrounding the main European ports, “important for the cocaine trade, a very lucrative market. There are more and more organized crime groups that focus on the same domain and try to use the same infrastructure, resulting in struggles for territory. ”

Europol has strengthened its unit dedicated to drug trafficking because it claims to be “overwhelmed by cocaine trafficking in the EU”, a business that began to grow before this crisis and that requires “go after money, start financial investigations” to combat it.

A trend that has continued to grow during the pandemic: “When we look at the Netherlands and Belgium, for example, the figures have been very high in 2020, more than in 2019. 60% of drug production in Colombia, for example, its final destination is the EU. A few years ago, this was not the case, now we are a very lucrative continent for drug exports “, he underlines.