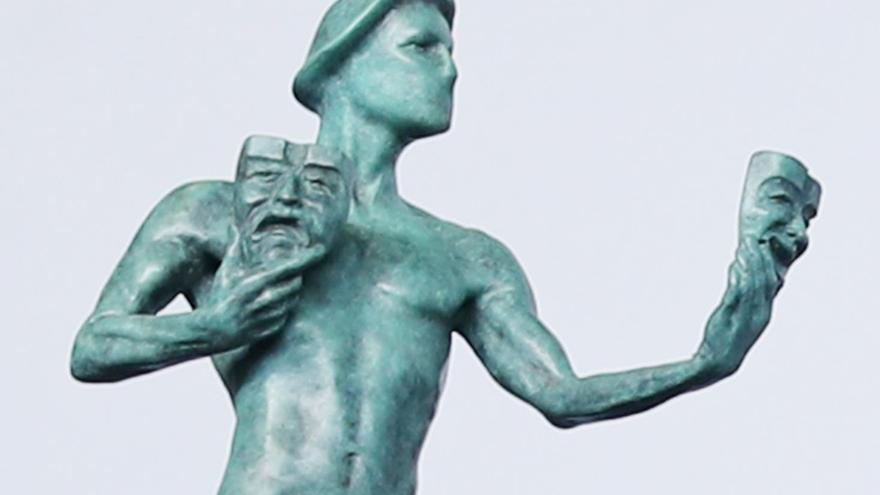 Los Angeles (USA), Apr 4 (EFE) .- The film “The Trial of the Chicago 7” (“The Chicago 7 trial”, in Spain) triumphed tonight at the Actors Guild Awards of Hollywood (SAG Awards) when taking the most important award, the one of best cast or cast of a film, in front of other candidates such as “Minari” and “Da 5 Bloods” (“5 bloods”).

For their part, Viola Davis and Chadwick Boseman (the latter with a posthumous victory), won the recognition for the best actor and leading actress for the almost theatrical “Ma Rainey’s Black Bottom” in a gala that usually anticipates the winners of the Oscars.

After years of campaigning for Hollywood to increase diversity on screens, the more than 100,000 members that make up the most important union in the audiovisual industry have applauded the jobs represented by racial minorities.

In the secondary categories, Daniel Kaluuya repeated the triumph of the Golden Globes for “Judas and the Black Messiah” (“Judas and the black Messiah”), while the Korean Yuh-Jung Youn won in the women’s section with “Minari” .

In this way, and for the first time in the history of the SAG Awards, the five most important awards have gone to African-American and Asian performers, including the one with the best cast.

Last year the winners of this ceremony, Renee Zellweger, Brad Pitt, Joaquin Phoenix, Laura Dern and the “Parasite” team, repeated their triumph at the Oscars.

But this time there is a difference: “Nomadland”, the great favorite for the Hollywood Academy Awards, did not compete in the category of best cast of a film since the weight of the film falls exclusively on Frances McDormand, who if lost to Davis in the lead actress category.

So it remains to be seen if “The Chicago 7 Trial” and “Ma Rainey” s Black Bottom “manage to beat” Nomadland “at the Oscars on April 25.

The ceremony, organized in a shortened one-hour format and with prerecorded speeches by the winners, also honored the most outstanding works on the small screen.

As in the last Golden Globes, “The Crown” and “Schitt’s Creek” swept the award for best cast in a drama and comedy series, respectively.

Gillian Anderson won Best Leading Actress for portraying Margaret Thatcher in “The Crown,” while Catherine O’Hara (“Schitt’s Creek”) did the same in comedy.

In the men’s section, Jason Bateman won for the drama “Ozark” while Jason Sudeikis triumphed with the surprising “Ted Lasso”, the star comedy of Apple TV +.

Finally, the Latin representation came from the hand of Anya Taylor-Joy, the Argentine actress (she also has American and British nationality) who won the award for best actress in a miniseries thanks to “The Queen’s Gambit” (“Lady’s Gambit” ), while Mark Ruffalo (“I Know This Much is True”) won in the men’s section.

Among the platforms, Netflix prevailed over the rest of the studios emphatically in both the film and television categories, as the majority of the winners – “The Chicago 7 Trial”, “Ma Rainey” s Black Bottom “,” The Crown ” , “Lady’s Gambit” and “Ozark” – are part of its catalog.