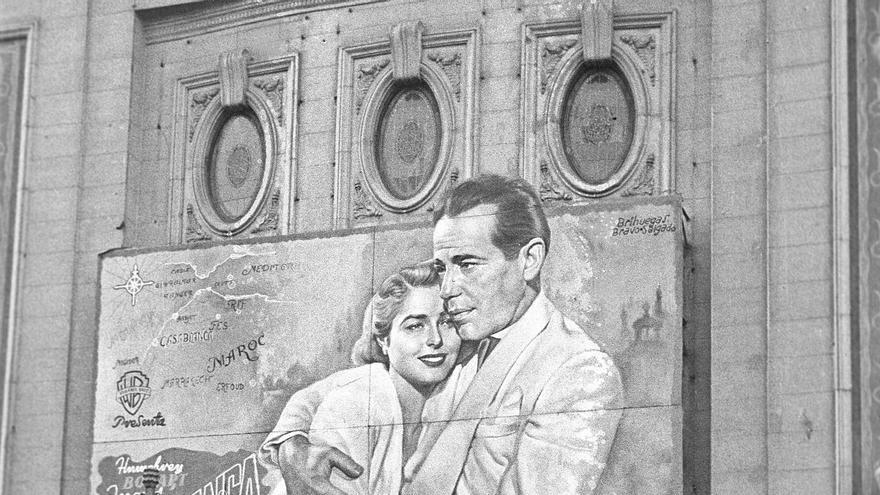 Malaga, May 8 (EFE) .- Throughout history, chess has been a passion to which diverse characters such as the actor Humphrey Bogart have succumbed, who tried to get one of the scriptwriters to change the ending of the film “Casablanca” so that this game was present in the outcome.

Bogart is one of the protagonists of “Cuentos, jaques y leyendas”, a book edited by Renacimiento and with a foreword by chess player Miguel Illescas in which its author, Manuel Azuaga, from Malaga, has compiled a series of stories that reveal that many foreign characters They have been closely related to the board in this area.

“I wanted to bring the game closer to fans and non-fans, even more so to those who catch them a little further and are not so familiar,” says Azuaga in an interview with Efe.

While Bogart failed to make chess the star at the end of that film, he is present in the actor’s first appearance in “Casablanca.”

“The first time we see Bogart on stage, he is playing chess against himself, something that according to his son did a long time. In addition, he uses a variant of chess called French defense, which has a lot to do with what happens next. in the movie, “explains Azuaga.

The case of the French artist Marcel Duchamp is also “fantastic”, “because he even abandoned all his artistic creation and played chess professionally, to the point that he represented France in the Olympic Games”.

“Duchamp wrote letters to a philanthropist and gallery owner in which he told her that he just wanted to find the perfect move. He was capable of spending ten hours in front of a board,” says the author.

Another genius, the cantaor Enrique Morente, felt that chess “was not a hobby for him, but an obsession”, according to Azuaga, and he even confessed: “I play in Granada with some friends, and I don’t study chess anymore because it gives me responsibility of conscience not to dedicate that time to music “.

“It is a game that absorbs you, puts you inside it and does it for nothing. You don’t play money, just passion. How can a game catch you if you are not going to lose your house or your salary?”, Morente said about chess.

In these pages there are not only characters from professions outside the board, but also world champions or chess players “who had a biography of a movie” like Sonja Graf, who played in men’s clothing “to live in full freedom.”

“Sonja Graf was surprised by the Second World War in Buenos Aires, and she, who did not want to play for the German flag with the swastika, used a white flag that said ‘free'”.

Miguel de Unamuno, John Wayne, Stanley Kubrick, Ernesto Che Guevara or Vladimir Nabokov are other protagonists of these stories, which were first born in the radio program “El rincón del ajedrez”, which Azuaga has been directing since 2015 and which has listeners in eighty countries.

“The jump to the book occurred during the period of confinement, when in March 2020 we were all in that shock. I had been mulling over the idea, and being able to dedicate that time to the texts was the trigger,” says the author.

Azuaga is an international speaker for the Kasparov Chess Foundation for Latin America and regional coordinator of the Andalusian educational program “aulaDjaque”, which has already trained almost 5,000 teachers and 80,000 students in this community.

“In the book – he says – there is not a single diagram, nor is it necessary to know how to move a pawn. I just wanted to tell universal stories about chess, which may seem like a difficult game to us, but in all our houses there is a board, perhaps because it exists an intrafamily story of a grandfather, father or mother who played “.