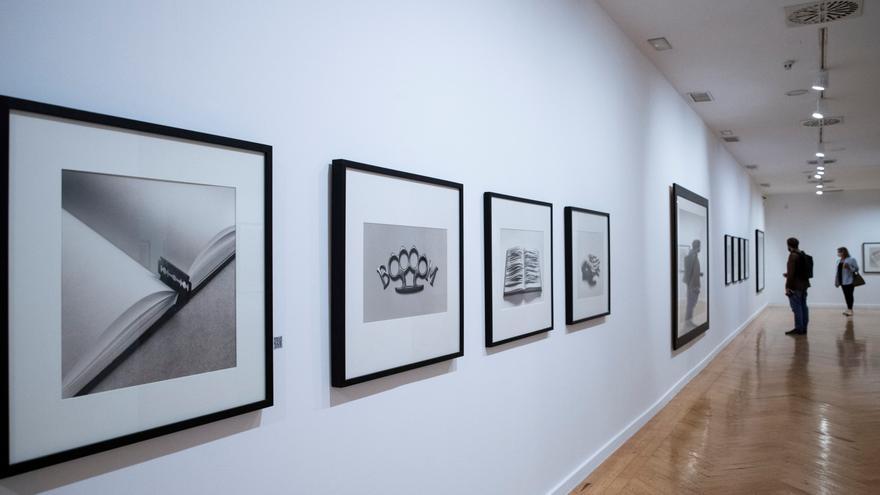 Madrid Sep 16 (EFE) .- Chema Madoz, one of the most recognizable names in national photography, exhibits his most sinister side in “Crueldad”, an exhibition in Madrid that brings together snapshots of his entire career and that focus on the darker side of your universe.

Not everything is light and irony in the images of Madoz (Madrid, 1958): A butterfly pierced by a dart, a ring as a claim to an animal trap or a rope made from a pearl necklace.

These are some of the 73 images selected for the exhibition that opens today at the Círculo de Bellas Artes and which can be seen until November 21.

“I loved the idea of ​​this exhibition because it highlighted an aspect that was present, but that has never been discussed,” explained the photographer.

Cruelty and evil, Madoz acknowledges, have always been present in his photographs, but it has not always been evident, but rather they have been overshadowed by the poetics and minimalism of his work.

Madoz’s language is among the most recognizable in national photography. His images, always in black and white, play misleading and are full of irony. Everyday objects, he acknowledges, take on a double meaning through his camera.

The exhibition, as detailed by the artist, has been in the making for a long time, but it has taken him years to see the light. The two curators -Juan Barja and Patxi Lanceros- worked from a selection of 1,400 photographs previously taken by Madoz.

“We wanted to bring to the surface something that had been submerged,” he explained. It has been a necessary exercise. Balance my work ”.

His minimalist style, to which he has remained faithful since he began in the eighties, makes the poetic have more weight than the sinister, but the “height of evil” is just that, “to appear sweet,” he argues.

The selection of images from the exhibition are shown raw -without title or date- and is accompanied by a QR code that shows the works accompanied by quotes from classical authors; from Dante and Homer, to Borges, Kafka or Lorca, but also Bruce Springsteen.

“Crueldad” brings together works made by Madoz throughout his entire career, and therefore, it is a magnificent occasion to witness the evolution of the photographer, who began taking photos in the eighties, when he bought a camera when the savings did not arrive. for a stereo, which was what he really wanted.

The set of images shown, varied in terms of themes and formats, has served as an “awareness” of his own work, he acknowledges, and which is translated into images that portray creatures that come out of his mind, like a butterfly with beetle wings and body, and impossible objects like a chastity belt turned into a swing seat.

One of the curators, the philosopher Patxi Lanceros, believes that this component of the sinister has always been present in the photographer’s work, from the beginning: “In the most familiar object, such as a staircase or a path, there is something that corrodes his foundations, ”he explains.

“We did not discover anything new, because it has always been there”, Lanceros emphasizes, but traditionally the readings of Madoz’s work have focused on optimism or irony, when “cruelty, the sinister and the inhospitable, inhabit the space, time of his images ”.