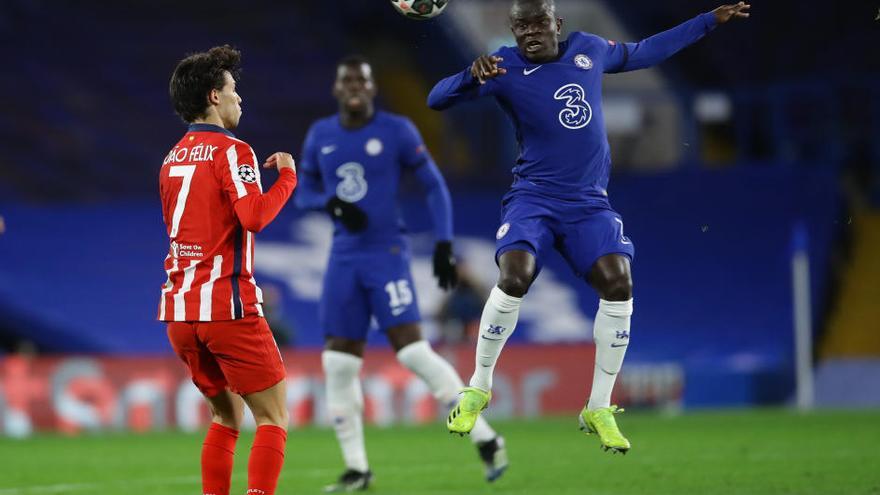 The Atlético de Madrid said goodbye to the Champions League, again below the Chelsea. The English team deciphered their puzzle well, certifying the disappointment with a goal from Hakim Ziyech and another from Emerson that they sent Atlético one more year home ahead of time (2-0).

Y It’s been four years since the semifinals, with only a quarter-final in the last four seasons. An elimination against Chelsea without scoring a single goal. A loss to a team that was simply better.

Because there is no better definition of what happened at Stamford Bridge than to praise Thomas tuchel as the winner of the duel before a Diego Simeone who died again with his style. Atlético went out to the ghostly Stamford Bridge cowering back, although forced by the physical superiority of the rival, as if the positive result of the first leg had them and not the men in blue in front. And is that Chelsea seemed to have already gained possession before the Champions League anthem sounded.

Rubbing the ball with Atlético in his goal, the Spaniards waiting for an error from the ‘Blue’ defense, a mistake, a disconnection, a gift. They almost succeeded. A bad assignment from César Azpilicueta to Edouard Mendy ended with the Navarrese grabbing Carrasco inside the area. The Atleti bench jumped like a spring. The ‘teacher’ Ortega turned to the cameras. “VAR! VAR!” The fourth official had to calm him down. There was nothing. Or at least they didn’t point it out.

They had touched the opportunity, but paid the inferiority. In a counterattack, things of fate, Chelsea unraveled the athletic defense. Werner rode the band, slipped the ball between the center-backs and Ziyech beat Oblak.

That awakened Atleti’s instinct, of course. There was no other. He even tested Mendy from the edge with a shot from Joao Felix.

But the minutes were consumed and Atleti died helplessly. With a comfortable Chelsea, very comfortable. Playing in the center of the field, dodging tickets, allowing himself the luxury of going up with the lanes, finding Ziyech in the front, his most dangerous habitat.

Oblak was again, like a year ago at Anfield, the one who kept the rojiblancos alive. Two hands, to Werner and Ziyech, prevented the tie from lowering the curtain. How the lights went out to a Luis Suárez who lowered his arms in the 60th minute, with the duel lost to Rudiger, and substituted to trust everything at Correa’s speed.

Moussa Dembelé also entered, and Lemar, as a desperate measure for Simeone with 20 minutes remaining, the moment in which he realized that he needed two goals and each time there was less time left.

And even so, the permanent feeling that they could get into the game with any isolated play floated in the atmosphere. With only 10 minutes remaining, Simeone ate the field. “It’s now!” He screamed, seconds before Savic made things even more complicated. An elbow to Kanté without mentioning that Orsato hunted. Direct red and monumental anger, exhausting even more the little time that was left for the miracle and that was exhausted when Emerson signed the judgment on the discount.

With the defeat and the elimination, Atlético will have to focus on the league, the competition that remains and in which it is the leader. Europe once again eluded them. Chelsea passed, which was simply much better.

Incidents: Match corresponding to the second leg of the Champions League round of 16 played at Stamford Bridge Stadium (London) behind closed doors.