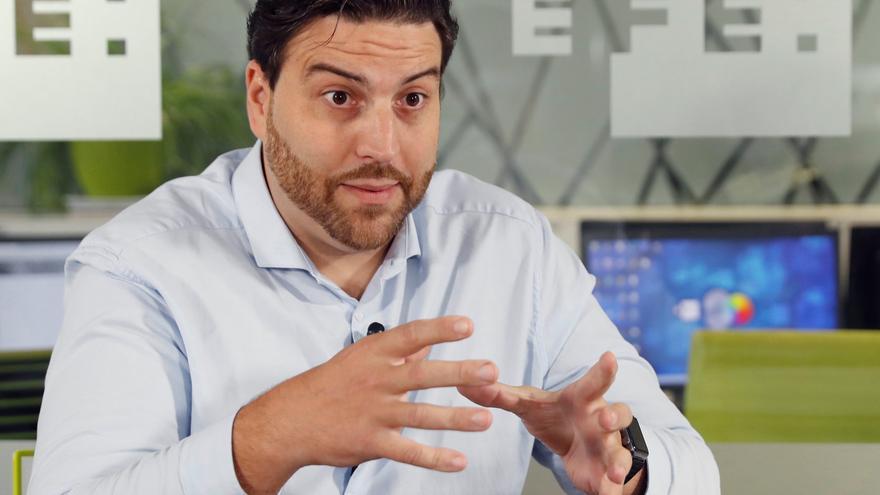 San Sebastián, Jul 15 (EFE) .- Huelva chef Xanty Elías has been proclaimed winner of the Basque Culinary World Prize 2021 (BCWP) for his work in child food education through the “Children Eat the Future” initiative, with which since 2018 it has been committed to incorporating the subject of “Gastronomic Culture” in primary schools.

The winner of the sixth edition of this prestigious award, granted by the Basque Culinary Center (BCC) of San Sebastián and the Basque Government, has been announced this afternoon at a telematic press conference in which in addition to Xanty Elías, they have The president of the jury, Joan Roca, (El Celler De Can Roca), the director of the BCC, Joxe Mari Aizega, and the Basque Deputy Minister for Agriculture, Fisheries and Food Policy, Bittor Oroz participated.

In addition to the award, endowed with 100,000 euros for a project chosen by the winner, the jury, made up of some of the most influential chefs in the world, has recognized the work of two other chefs: Kía Damon (USA) and Ana Estrela (Brazil / Italia), to which it has given special mentions for “fighting for contexts of equity”, in the case of the first, and for “inserting people socially through the kitchen”, in the case of the second.

For the award of the Basque Culinary World Prize 2021 to Xanty Elías, the jury has taken into account, among other merits, his conviction of the importance of educating in the culture around cooking and conscious consumption.

As president of the Prenauta Foundation, Elías is also committed to tourism, innovation and entrepreneurship in the restaurant sector, but above all to promoting food education for school-age children, convinced of the power that this has to provide better conditions. health, conscious consumption and culture around the kitchen.

At present, under the motto, “There is nothing healthier than educating”, its program is active in some 80 schools in Andalusia, in which about 15,000 primary school students participate, in addition to 25 scholarship schools in disadvantaged areas. region of.

Similarly, in September it aims to expand the number of schools involved in Madrid, entering about 130 centers.

According to the promoters of the Basque Culinary World Prize, “gastronomy constitutes a transforming force even in the most challenging contexts”, which is why this award insists on “celebrating the way in which professionals in this sector make gastronomy a tool to promote advances and transformations in areas ranging from social innovation to food education “.

In this way, the BCWP’s interest is focused on “making current challenges visible and identifying profiles of entrepreneurial chefs with a vocation for excellence”, as well as “innovative, creative and tenacious, committed to their community” and who “give an example of a phenomenon as inspiring as it is contagious that gastronomy supposes “.

For these reasons, the award has taken into account the way in which, through its “Children Eat the Future” initiative, led by the Prenauta Foundation, Xanty Elías promotes “a new generation of conscious consumers, who not only It benefits young people but over the years it could impact society as a whole. ”

During the appearance, Xanty Elías was “very happy” and grateful for the award, while he revealed that “it is a marvel” to be able to show that gastronomy and cooks can “make society evolve towards a better future, where gastronomic culture has real value from the beginning of teaching. ”

Joan Roca, president of the Basque Culinary World Prize Jury, assured that Xanty Elías’s work “reflects the interest that chefs in so many parts of the world have in making gastronomy finally become part of the education that our society demands”.

Roca has praised this work of “sowing values ​​in those who will be the future tomorrow, to generate awareness in relation to the true value of food, as an indispensable source for life but also as a catalyst for cultures, inheritances, and identities.”

For his part, the vice-counselor Bittor Oroz, recalled that the BCWP “offers the opportunity to meet and connect with realities from around the world with a common factor, gastronomy as a transforming element” in the face of some of the global challenges of the planet.

Finally, Joxe Mari Aizega, General Director of the Basque Culinary Center, highlighted the work of the “three exemplary chefs” distinguished in this edition of the BCWP, of whom he said that “they have taken advantage of their knowledge, entrepreneurial vocation, creativity and will to turn and influence sustainability, social integration and gastronomic diversity in different ways “.

The BCC World Prize has previously been received by the American chef Anthony Myint, the Scotsman Jock Zonfrillo, the Colombian Leonor Espinosa, the Venezuelan María Fernanda di Giacobbe, and the Asturian José Andrés.