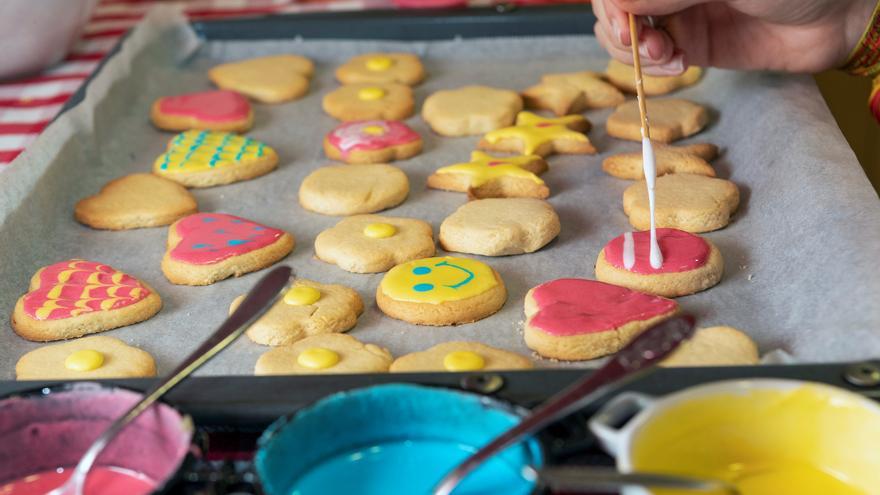 Valencia, Mar 10 (EFE) .- The chef Juan Llorca, specialist in infant nutrition and promoter of the movement “for a well-nourished school”, and the nutritionist Melisa Gómez have once again joined forces to bring healthy food to grandmothers and grandparents , a “key” piece in the diet of the little ones.

The book “Milk with cookies” (Vergara) is the third work jointly published by both “activists” of healthy child nutrition, after the success of “Without teeth and snacks” -which is now in its eleventh edition- and ” On everyone’s lips “, in which they offer a series of nutritional guidelines and advice to contribute to” harmony “between the different generations of the family.

“In conferences and on social networks, I received messages from parents who expressed their concern about how to educate grandparents about changes in healthier eating habits,” explains Juan Llorca in a conversation with EFE, and that’s where the idea for this came from. book, which fuses the culinary tradition of the elderly with the nutritional needs of the smallest of the house.

“It is a difficult audience and we do not intend to provoke a radical change”, the chef says, but to achieve harmony in the diet of the various generations of a household based on the adaptation of traditional recipes and that the older ones feel “identified” in the process that will also affect your health.

Llorca, with more than twenty-four years in the profession of chef, left the kitchen of his restaurant to take over almost a decade ago the school cafeteria of the Montessori school in Valencia, the first in Spain with a KM0 Chef and with the Slow Food label, which offers a diet free of processed, refined, sugars, totally natural and seasonal and that has already been copied by a hundred schools.

The chef and promoter of healthy cooking has also created the first line of children’s catering without processed Roots, promoted the movements “Kids Inspired food” and “For a well-nourished school”, has collaborated with Greenpeace in the “Healthy Diet” initiative before the climate change and in 2020 received the special mention of the Basque Culinary World Prize for helping parents during confinement with the feeding of their children.

“Milk with cookies” addresses the different profiles and styles of parenting, those of the “old school” grandparents and the most modern ones, the key role they play in reconciling work and family, the “indulgence” they often offer in feeding, with sweets and sweets, to win the affection of the little ones, and offers guidelines to change some of these habits to achieve a healthier diet.

The book offers a series of tips to get the whole family involved and also take advantage of the experience and traditional cuisine of the elderly to improve their diet, says nutritionist Melisa Gómez, co-author of the book.

Gómez emphasizes that the time that grandmothers spend cooking is already a great example for the little ones and a means to establish a bond with them, and there are traditional dishes, such as those made with legumes, that are being lost and must be preserved.

“Milk with cookies” also incorporates 50 recipes for dishes for lunches, dinners and snacks, which merge the culinary tradition of our elders with the nutritional needs of the little ones, and introduces changes in some ingredients, such as natural substitutes for sugar or flour. and whole grains.

“Grandparents have a fundamental role in the feeding of minors and it is not understood how that link in the chain had not been treated more,” adds the nutritionist, who assures that if they are given the tools, many will try and incorporate it. in your kitchen.

“Whenever there is a little one in the family there is a huge motivation to improve the quality of life,” says Gómez, who believes that cooking can serve to preserve the generational bond in families and improve their health.