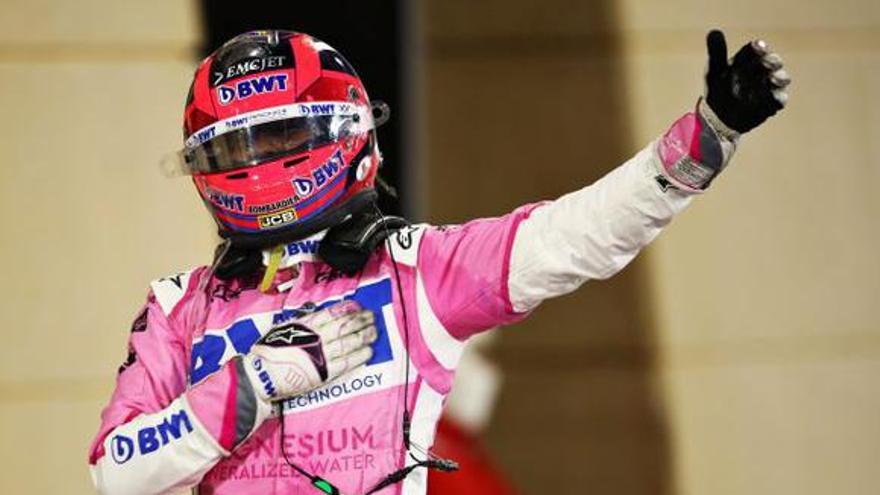 The triumph of the mexican Sergio ‘Checo’ Pérez last week in the Azerbaijan Formula One Grand Prix it came to the pilot at a time when his trademark flies at single-seater speed and is considered by specialists as the strongest in Mexico and one of the most influential in Latin America.

Perez, from the Red Bull team, got the best performance from a crazy race, in which he started in sixth place and took advantage of the conditions to beat the German Sebastian Vettel (Aston Martin) and the French Pierre Gasly (Alpha Tauri).

The blow put the runner in third place in the drivers’ standings led by the Dutchman Max verstappen, his teammate, with whom he shares in first place in the constructors’ ranking.

It was Azerbaijan’s second triumph for the Mexican after having won in Sakhir, Bahrain last November, which allowed him to become the first with triumphs in different teams since 2014, when he started in Formula One the era of turbo hybrid engines.

“Checo is one of the best brands in the last decade in Mexico, is a brand that competes in a very prestigious championship. On personal matters, he has taken good care of his name, his public image and his relationship with the media and sponsors, “Javier Salinas explained to Efe a master’s degree in business administration.

A flintstones at the wheel

The story of the Mexican is that of a man who agreed to chop stones for 10 years in the Formula One, it’s a example of perseverance of those who bet to be hired by a first-rate team and he did so at the end of last year when Red Bull confirmed that he would have a place on the team alongside Verstappen.

The pilot debuted in Formula One in 2011 with Sauber, emigrated to McLaren in 2013 and then went through Force India and Racing Point, before earning a seat on the Red Bull star.

Salinas explains that one thing is the athlete as a brand and another, their results, but they are two things that can complement each other, as happened with Pérez, born in Guadalajara, who in the hard years when he barely appeared, maintained a care for his brand, which now shines in coincidence with his triumphs.

“Today Checo is the best Mexican brand and one of the best in Latin America. World Boxing Champion Saúl ‘Canelo’ Álvarez would be the second. He is behind Sergio because Formula One has more exposure and is better known globally than boxing, “said the specialist.

With his triumphs, Pérez has caused millions of Mexicans to wake up to watch the circuit competitions at dawn, something of great value because motoring is far from soccer, Major League Baseball, American football at preference levels in the country. and NBA basketball.

Sergio Pérez is supported by a myriad of sponsors, among which the telecommunications giant América Móvil stands out., owned by the Mexican magnate Carlos Slim, and companies of great prestige in Mexico such as Telmex and Telcel, a leader in telephone communications, the Xades eyewear brand, the Interprotección insurance group and the financier Unifin, among others.

“You can have more sponsors, but that can be negative because it is detrimental. In the Formula One environment you have to take care of the number and quality of sponsors. If Sergio proposes it, he could have more, but he is at a time when the one who has to take good care of the brand, “concluded Salinas.

One brand multiplied by two

The academic and consultant Ramón Carazo explained to Efe that Serio Pérez’s brand has a commercial reach beyond his country and reigns in millions of Mexicans in USA.

“Sergio has a duality, the Mexican market is dual. He is one of the most emblematic Mexican brands because for his compatriots in the United States he represents a champion in a difficult sport, which is giving Mexico a place. In addition, Formula You are a high-risk sport and that gives you more recognition, “he says.

Czech has 11 podiums in Formula One, first two, three seconds and six third; his first victory, at Sakhir, represented the triumph of a Mexican for the first time in 50 years, giving him a heroic aura, strengthened last week in Azerbaijan.

“Although motorsport in Mexico is not as popular as in Argentina or Brazil, any Mexican triumph abroad is celebrated. What he is achieving allows him to have a brand that transcends, he could compare it with the golf champion Lorena Ochoa in his moment, “he added.

Between December and May of this year, Pérez had almost 300,000 new followers on twitter and is one of the favorites on other social networks. It is estimated that his sponsors have invested almost 100 million dollars in his more than 10 years in the circuit, but they are taking it out for being one of the great Mexican champions of the moment.

For now, the Czech RB16B car is a comfortable car. The runner has already mastered it and further triumphs of his are expected. At the same time, the pilot stomps another championship, that of the push of his commercial brand, which rolls fast among the favorites of Formula One consumers.

Marcelo, sanctioned with three games after his expulsion in Elche