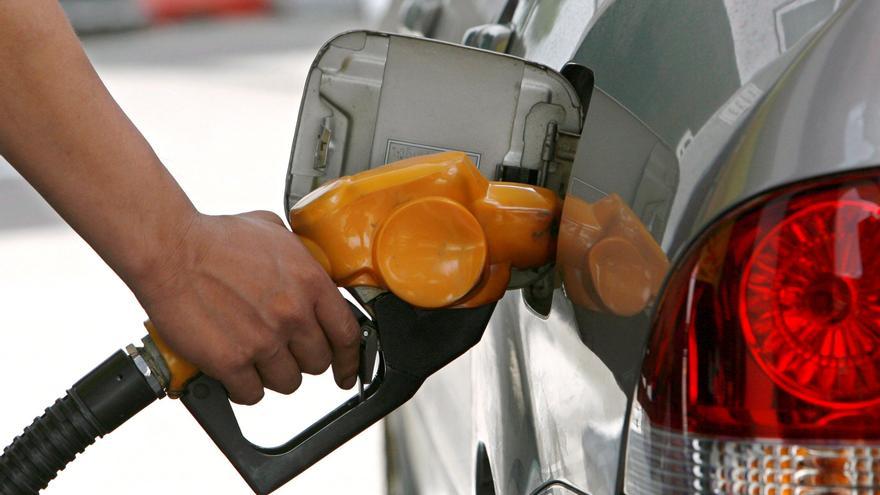 The price of gasoline and diesel has once again set new historical records this week, despite the drop in recent days in the price of oil, which is trading at around 102 dollars per barrel, below the levels marked since the beginning of Russia's attacks on Ukraine.

Specifically, both fuels have chained their eleventh consecutive increase this week. In the case of diesel, it has already accumulated a rise of 34.9% so far this year, while gasoline has risen by 24.68%.

The average price of a liter of gasoline this week stood at 1.844 euros, its seventh consecutive record, after becoming more expensive by 9.82% compared to last week, according to data from the European Union Oil Bulletin collected by Europa Press.

For its part, the average price of a liter of diesel has climbed to 1.817 euros, going up 14.92% compared to seven days ago and thus establishing its fifth consecutive historical maximum.

The prices included in the EU Oil Bulletin are average, however, at many gas stations in Spain the price of both fuels is already sold for more than two euros per litre.

In this way, the price of fuel, after the truce given at the end of 2021, when it chained up to five weeks of falls, continues with the climb that began with the start of 2022 and that has been accentuated in recent dates. due to the Russian invasion of Ukraine.

This new rise in the price of fuel occurs despite the drop in the price of crude oil in recent days -at 12:00 it reached 102.5 dollars per barrel- after the start of the attacks on February 24. from Russia to Ukraine, which led oil to exceed 131 dollars a barrel on March 8, to which is added the low level of global supply.

The price of fuel depends on multiple factors, such as its specific price (independent of oil), the evolution of crude oil, taxes, the cost of raw materials and logistics, and gross margins.

In this way, the evolution in the price of crude oil is not transferred directly to gasoline prices, but rather with a time lag. This is the phenomenon known as the 'pen effect' (prices are slow to fall) and the 'rocket effect' (prices are quick to rise).

Since March 8, the price of Brent crude has moderated, although it remains at high figures. In fact, just one year ago, the price of a barrel was 64.5 dollars, that is, 58.13% less than today.

On its side, the price of a barrel of West Texas Intermediate (WTI) oil, a reference for the United States, continues at high prices and has come to quote today at 99 dollars, compared to 61.4 just a year ago. In this case, the maximum was also reached on March 8, when the WTI hit 123.7 dollars per barrel.

Fill the deposit, between 29 and 35 euros more expensive than a year ago

With this new rise in fuel prices, filling the tank this week is 40.65% more expensive than a year ago in the case of gasoline and 54.9% higher in the case of diesel.

Despite these levels, the price of unleaded gasoline of 95 is in Spain below the average of the European Union, located at 2,021 euros per liter, and of the euro zone, with an average price of 2.13 euros . Something similar happens in the case of diesel, since the price in the EU is 2,027 and 2,105 in the euro zone.

The lower level of final prices with respect to surrounding countries is due to the fact that Spain, despite the VAT increases, higher taxes and levies on biodiesel, continues to have a lower fiscal pressure, in general, than the average community.