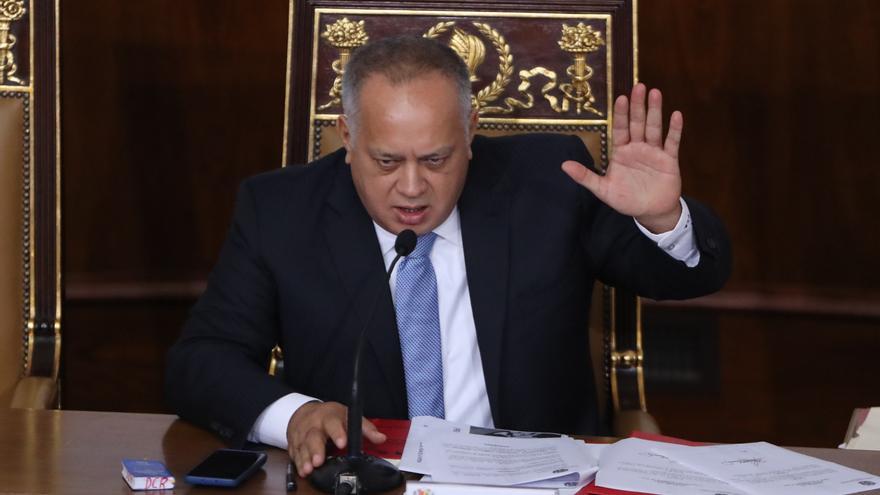 Caracas, Aug 4 (EFE) .- The first vice president of the ruling United Socialist Party of Venezuela (PSUV), Diosdado Cabello, accused Twitter this Wednesday of stealing the account on the social network of his television program Con el Mazo Dando, after They suspended the user from it and asked for a response for it.

“Suddenly, Twitter Latam stole (…) our Twitter @conelmazodando, they disappeared; we have done what they say (…) we have done everything that corresponds, they have not given us an answer,” said Cabello during its the program, which is broadcast on the state channel VTV.

The also deputy, who indicated that this is a way to “silence” the Chavistas on social networks, pointed out that they are “cruel” against the accounts of this group.

“Here, in Venezuela, it is difficult for you to see someone who is not Chavista suspend a Twitter account (…) and as we are sanctioned by the civilized European Union for disclosing what they do not like us to disclose here, we are not surprised -that they suspend the account- “, he added.

Cabello added that, regardless of this, the program will continue to “inform”, but demanded a response from Twitter for the suspension of the account.

He concluded by noting that the program has “allied accounts” to continue disseminating information.

Several Venezuelan government officials and Chavista politicians have previously denounced a blocking of their Twitter accounts, as happened in March 2020 when the executive vice president, Delcy Rodríguez, indicated that her user was restricted.

But in addition, not only has Twitter blocked accounts of government officials, but Facebook also did the same last March with the user of the Venezuelan president, Nicolás Maduro, for a month.

Facebook then indicated to Efe that it had carried out the blockade for having “violated its policy against disinformation about covid-19.”

Likewise, Facebook deleted a video posted on the Venezuelan president’s page for the breach of its internal rules and thus putting people “at risk of harm.”