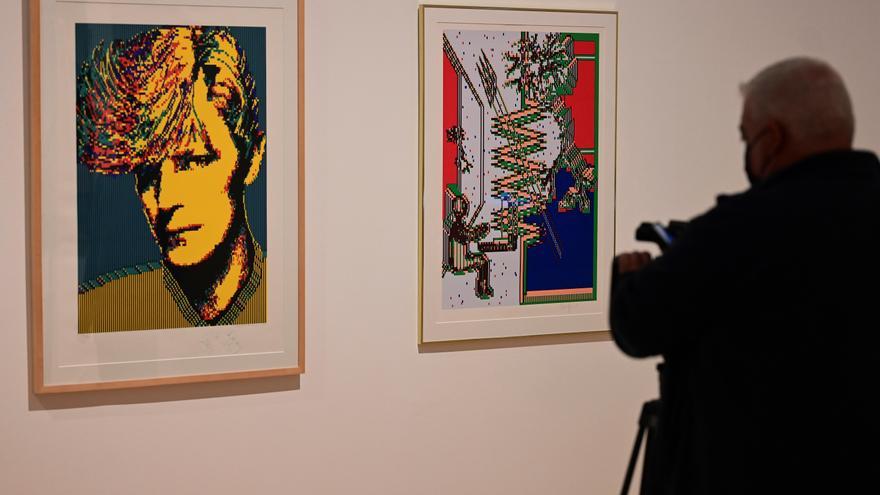 Charlotte Johannesson She is almost 80 years old, but she has only been famous since a few years ago her work, which combines traditional textile techniques, graphic design and countercultural criticism, has achieved international recognition. The Reina Sofia Museum opens a window to his work with “Take me to another world”, his first exhibition in Spain.

Johannesson developed his career between the sixties and eighties in Sweden. At first, he used traditional weaving techniques to launch messages in tune with the social and cultural dissidence of the time, but later he came into contact with the first Apple computers and focused on making graphic works, although always with one foot on the looms. .

The Museo Nacional Centro de Arte Reina Sofía (MNCARS) brings together 150 works, including tapestries, prints and works of various formats, showing the journey of an entire pioneer of her time and guinea pigor legacy remained in the shadows until a few years ago.

“Take me to another world” It will be open until August 16 and is a window into the legacy of an artist who positioned herself at the epicenter of the social and cultural dissidence of her time: the counterculture of the 1960s, feminism or punk.

“She is an unknown artist, but partly voluntarily, she was always outside the system of the art world,” explained Manuel Borja-Villel, director of the Reina Sofía. His creative universe, in full swing from the seventies to the eighties, did not agree with the fashions of the moment and that is why his name never received the recognition it deserved.

Johannesson, self-taught, began using the loom to express his criticisms of Swedish politics or denounce the lack of rights of women. The fabric was his “way of being in the world, of questioning”, in the words of the director of the Reina.

In those gathered by the museum -some made with cannabis branches- you can read “Chile echo in the coconut”, which expresses its dismay at the coup in Chile in 1973 or “No Choice amongst Stinking Fish”, a work created on the occasion of the Swedish general elections.

Step of textile work to the computer

In the eighties, he traveled to California and came into contact with the counterculture of the time, including the founders of Apple, and bought a computer, the Apple II Plus. He realizes that, although he does not have a specific design program, he can draw with it using symbols and lines, and decides to transfer part of his textile work to the computer.

The composition on the loom favored the evolution of his work towards the digital field, because the two techniques use programming through a binary code. The number of pixels of the primitive screens (280×192) was also the same as that of the vertical loom.

Among his digital graphic work stands out the series “Faces of the 1980s” (Faces of the eighties), with portraits of Boy George, Ronald Reagan or David Bowie; made with symbols and printed in color.

In between, he founded a self-managed art center the Cannabis Gallery in his early years, and then Digitalteatern (between 1981-1985), a pioneering experimental workshop in the production of computer images.

The lack of interest in his work and the fact that the next generation of Apple computers had a closed graphical interface prevented him from exploring his creativity further, and made him Johannesson decided to abandon his artistic activity.

In the 2000s, his work was rediscovered by younger artists, and that little by little his legacy took on a new meaning, right now when there is a resurgence of textile techniques and digital art and in 2016 his work is part of the Bienal de Sao Paolo, which increases its international prestige.

So far, she has returned to work and at 77 she is “superactive”, according to the director. The artist has not been able to travel to Spain due to the pandemic, but she continues in line with her first decades of work, involved in the management of self-managed spaces and very critical of the political establishment.